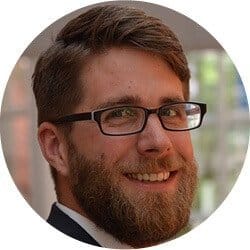 A common analysis of the political tensions in western democracies focuses on a conflict between cosmopolitan and communitarian values and voters. Political scientists like Wolfgang Merkel see a big divide in western societies between cosmopolitan citizens, who are well educated, economically middle- or upper class, culturally liberal, internationally oriented and very open to migration and globalization, and communitarians. These tend to be less educated, from a working class background, more skeptical about refugees and open borders and put the stress on a strong nation state, local communities and Heimat. 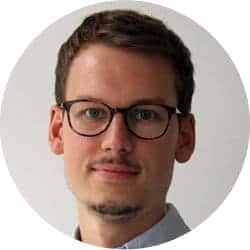 Not only can we see this divide in the electorate, the argument goes, but also in the analysis of the problems of left parties. Some analysts see the social-liberal take on cultural matters, and the focus on identity politics, in combination with a neoliberal positioning in economic matters, as the main reason for left parties losing support among workers and thereby losing elections in general. A perfect illustration is the case of Hillary Clinton´s campaign during the last US presidential election: she managed to mobilize cosmopolitan voters in California, but couldn´t win the support of rust belt workers.

Others instead insist upon the duty of left parties to ensure open societies, strengthening the rights of sexual and ethnic minorities and prioritizing international cooperation, or even globalization, over national self-interest.

In parties on the left spectrum one can also observe the same tendencies and politicians grouping around these two poles. In the German case the conflict is clearest in the left party, Die Linke, where one of the two party leaders, Katja Kipping, insists on open borders and international solidarity, while the other, Sahra Wagenknecht, the popular group leader in the Bundestag, criticizes cosmopolitans for only acting for refugees’ instead of worker’s rights and highlights the neoliberal background of identity politics.

The Social Democratic party (SPD) remains pretty united but some do want a change of course. Sigmar Gabriel, the former long-time party leader, has criticized what he thinks was a too dominant role of environmental issues in the party’s politics and demanded a reorientation to matters of identity and Heimat. Left parties often seem to be insecure in this new conflict, afraid of losing either former loyal voters like workers or newly gained, urban and liberal ones. Some political scientists like Merkel believe that left parties like Die Linke or the SPD have to decide between the two groups and advises them to choose the communitarian camp.

The advice implies the two positions are wholly incompatible, both substantially and strategically.

But do left parties have to decide between cosmopolitans and communitarians? Or can they address both? We believe a one-sided positioning here would be unwise, putting it mildly. Instead, there are historical, empirical and normative reasons for a symbiotic approach.

Left ‘big tent’ parties like the Social Democrats have always had to combine different values among their electorate and mediate between different groups, both within the party and within society. The most successful period was also the most broadly-based one, when the SPD was able to represent a widespread societal consensus. Further, the success of candidates like Bernie Sanders and Jeremy Corbyn demonstrates how one can attract voters from different left positions: communitarian-type workers desiring social justice as well as cosmopolitan, urban liberals, prioritizing minority rights. Nevertheless, a candidate’s success in either group depends on their credibility in both of these. They highlight the increasing likelihood of success when common interests and experiences of the two supposedly very different groups are made clear, while at the same time opposing neoliberalism, inequality and injustice.

Moreover, normative reasons for uniting the two sides can be seen in the division of society and lack of community itself. Segregated areas within cities, filter bubbles in social networks and the loss of contact with people different to one’s own background lie at the core of today’s societal problems. Individualistic isolation and the absence of belief in belonging together as citizens of a republic indeed back up the communitarian complaint. But does a community have to be ethnically homogeneous or can it be built by everyone and based on a narrative of “us”? And is Heimat really endangered by refugees and foreigners or isn’t it rather threatened by an aggressive capitalism, ruining the social fabric of cities as well as destroying nature?

If the political left wants to unite the two sides and attract voters from both groups, it must address several aspects. First of all, there is a need for an inclusive discourse of solidarity, towards both minorities or workers. Solidarity is a value that still has strong backing in society, despite three decades of neoliberalism. Further, left parties must regain the capacity to act against the alleged constraints of international markets and to offer genuine alternatives for how future societies could be structured, instead of remaining under neoliberal hegemony. Last but not least, left parties have to improve the living conditions of ordinary people and enhance public infrastructure as well as address issues that impact locally but need international solutions, such as tax justice and tax evasion or climate change because that is the level where these battles can be fought and won.

For all these reasons, we believe that a winning strategy for the left cannot be built on one-sided arguments, but rather in uniting both sides of the debate in their common desire for recognition, equality and freedom. The road to success will be built with bridges, not by digging trenches.

Dr. Christian Krell is the Director of the Nordic Office of the Friedrich Ebert Foundation in Stockholm. Member of the SPD's Basic Values Commission and lecturer at the University of Bonn, where his academic focus includes the theory and practice of social democracy. Sönke Hollenberg is Scientific Advisor for integration and participation, Forum Berlin, Friedrich-Ebert-Stiftung; From October 2018 he is Lecturer in political theory at the University of Bonn.