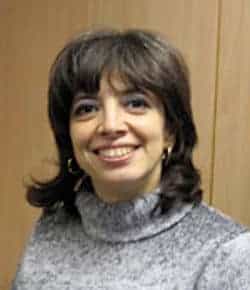 Several people and organizations have recently called for a “New Deal for Europe”: the German Trade Union Confederation DGB with its “Marshall Plan for Europe”; the European Trade Union Confederation (ETUC) with its “New Path for Europe”; many a contributor to the book Shaping a Different Europe, and others. Underlying all such proposals is the realization that the austerity measures that have been imposed all over the EU (not only on its periphery and not only on the Eurozone) are obviously detrimental to the economy and to the people, yet individual countries cannot on their own take those step to boost investments, stimulate employment and revive the economy, like the Keynes-inspired ones which brought the USA through the Great Depression and presided over the post-war economic expansion. They cannot, because they are all integrated in a structural system of power and economic relationships (going well beyond the EU itself) which has severely impaired their ability to act singly without dangerous effects. The present system prizes or encourages social dumping and race to the bottom, and the economies of some countries are already too weakened anyway to take any such steps of their own accord. Under the circumstances it is the structural conditions that must change. Hence the emphasis on “Europe”. An EU-wide plan for investments, job-creation and the modernization of the economy, open to all EU countries or at least to those that contribute to it, for which resources must be found at EU level – this is basically what defines “a New Deal for Europe”. 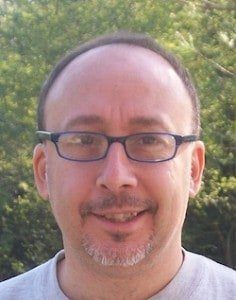 Among those who have put forward plans of “a New Deal for Europe” is a wide alignment of Euro-federalist and pro-European associations, workers’ unions (like the Italian CGIL-CISL-UIL), civil-society and environmentalist groups, plus mayors of important towns and individual personalities from the world of politics and culture. What they (and yours truly among them) propose is a European Citizens’ Initiative (ECI) – that tool for transnational participation introduced by the Lisbon Treaty, which enables one million EU citizens from at least a quarter of the member states (seven at present) to request the Commission to initiate legislation – for a European Special Plan for sustainable development and employment. Its core objectives are the implementation of an EU programme of public investments for the production and the financing of common goods (renewable energy, research and innovation, infrastructural networks, ecological agriculture, protection of the environment and cultural heritage etc.), the enhancement of knowledge-based society, and the establishment of a Special European Solidarity Fund to create new jobs, especially for young people. All this implies an increase in the own resources of the EU budget, which is to be attained through a new financial transactions tax and a carbon tax (according to a procedure similar to the one regulating the assignment of a percentage of the VAT to the European budget) and the issuing of European loans through Eurobonds, in particular Euro-project bonds. In this way the Plan aims to allocate about €130 billion a year to its objectives, totalling about €400 billion over three years.

As can be seen, our ECI is not all too dissimilar in content from other plans; ETUC’s New Path in particular has a clear supranational dimension too. Our ECI, however, may well lay a greater emphasis on the public dimension, on the common goods, in a markedly communal European framework. Indeed, we aim to move from a negative approach to integration such as has been prevailing so far (i.e. integration as removal of obstacles to competition and the free movements of goods, persons, services and capitals) to a positive view of integration as supranational policies addressing the imbalances of market economy, such as was intended in the early stages of the European construction before being subsequently shelved and forgotten. In this sense the protection of the environment, the development of communal cohesion and solidarity, and the enhancement of the European social model, which is something most Europeans cherish, whatever their political persuasion, is the specific rationale for our ECI.

At the same time Europeans must admit that positive integration has not come about not simply because of neoliberal ideology and policies, or the interests of finance and corporations, but also because of political fragmentation. We are more ready to accept a narrow economic logic in our dealings with the “others” and tend to take competitive and hierarchical power relationships for granted. We are hardly concerned with the impact our self-interests can have on “others”, let alone willing to design solidarity measures for their benefit. Neoliberalism is indeed the “default mode” among “strangers”. However, our societies are so close and so interconnected that the dominant economic relationships between the countries cannot but affect the internal texture of each individual country, to a greater or lesser extent. In a limited and unintrusive, but no less effective way, our ECI attempts to construct a framework in which sustainable development and solidarity policies on a European scale become possible.

We might have put forward our plan, discussed it with a bunch of insiders and lobbied for its implementation. Instead, we have chosen the method of the ECI, however challenging that certainly is. For all its limitations, we value it as a first step in the development of a full-fledged European democracy with participation from bottom up. We believe in the right of Europeans to take a stand whether they want a Hayek Europe, in which the very supranational or transnational dimension is a guarantee of the sacrosanct predominance of free-market policies, or a Keynes Europe, in which the European social model is given a new lease of life on a wider scale.

Our ECI however is far from being a party issue. On the contrary, if you look at our supporters (http://www.newdeal4europe.eu/en/supporters ), you’ll find people from across most political groupings. Our Manifesto for a European Plan for Sustainable Development and Employment has been signed by personalities as diverse as Ulrich Beck, Olivier Giscard d’Estaing, Romano Prodi, Monica Frassoni, Pascal Lamy, John Palmer, Claus Offe, Gesine Schwan, Daniel Cohn-Bendit, Henry Malosse, Sylvie Goulard, Tzvetan Todorov and Barbara Spinelli. Other supporters of the ECI include four candidates for European Commission President like Martin Schulz, Guy Verhofstadt, Ska Keller and Alexis Tsipras, a left-wing politician like Nichi Vendola, and Austrian writer Robert Menasse. After all, it is not a plan which is liable to be divisive in itself; what is really new is this effort to react to the economic crisis at European level, in the interest of the majority of the European people.

You can sign for this ECI online at www.newdeal4europe.eu

Francesca Lacaita is an Italian Government Lector at the University of St. Andrews in Scotland. Nicola Vallinoto is a computer scientist, federalist and alterglobalist. He believes in a better world and acts accordingly. Lives and works in Genoa with his family.