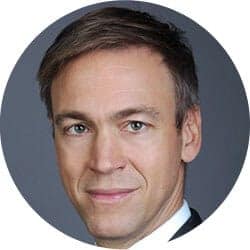 Right at its 60th anniversary, the European Project is facing real challenges. The most obvious, perhaps, is the decision of the British people to leave the European Union. Not least because not only does this substantial discontent with the Project exist in Britain, but it is also present in other European countries.

What are the underlying reasons for this sentiment? One explanation might be that the European Union has failed to live up to expectations of economic convergence and inclusive growth. Even though recent economic development has been positive, the euro area as a whole is looking back on virtually a lost decade. It took until 2015 for its GDP to reach its pre-crisis level of 2008. Average euro area growth over the last five years has been just 0.8 per cent compared to 2.0 per cent in the U.S., and three euro area Member States (plus Croatia) still have youth unemployment rates of more than 30 per cent.

Europe is lacking a coherent strategy that would enable it to change the status quo, which is unanimously seen as unsatisfactory. The longer we wait, the less likely it is that the euro area will withstand a new crisis.

What is needed is a pragmatic yet ambitious initiative to reform the economic and monetary union to make it more resilient. After all, a strong euro area is a necessary foundation on which a stable and strong European Union can be built.

As a first step, it is important to accelerate reforms that have already been initiated: we need to further strengthen the single market in areas such as digital and energy or with respect to the freedom of services. The single market is an engine for growth for all EU Member States and can foster prosperity and convergence across borders.

Moreover, we must further improve economic policy coordination within the European Semester. The Council’s recommendations are still regarded by Member States as unwelcome meddling in internal affairs. To overcome this, new types of arrangements should be envisaged. E.g., one could fathom “reform partnerships” granting financial or other assistance in exchange for a more energetic approach in implementing the country specific recommendations.

Furthermore, we need to enhance the banking union to make the euro area more shock-resistant. It is important to further reduce risks, in particular to mitigate the sovereign-bank nexus. One possible improvement could be to change the regulatory treatment of sovereign exposure. More progress on risk reduction would allow more ambitious steps on risk-sharing: we will need a shared understanding of a common backstop for the Single Resolution Fund. In addition, a European Deposit Insurance Scheme and its necessary preconditions should be discussed.

As a second step, we should aim at deeper reaching reforms. We need to improve existing fiscal policy coordination and reform the Stability and Growth Pact (S&GP). In its current form, it is an overly complex set of rules lacking in transparency and calling for pro-cyclical policies from some Member States. Any S&GP reform needs to safeguard sound public finances while suitably taking into account national reform efforts, the quality of public spending and the cyclical position. To ensure that the fiscal stance of Member States is in line with their economic cycle, we should start improving how we estimate output gaps.

What’s more, we should develop a fiscal capacity at euro area level. Such an instrument should not lead to permanent transfers but help countries to counteract short-lived and asymmetric shocks and avoid pro-cyclical policies. In a severe economic downturn, such a scheme would protect investments by supporting well-identified priorities and national level projects already in the pipeline. The “European Investment Protection Scheme”, as proposed by the European Commission, could serve as a blueprint for such a stabilising mechanism. In the medium to long run, one should consider introducing a dedicated euro area budget. Such a common budget could ensure broader objectives, covering both stabilisation and convergence. It should be accompanied by a debt restructuring regime for sovereigns, providing for an alternative to taxpayer-funded bailouts. Such a mechanism could, with ample transition time, be included in programmes that are administered by the European Stability Mechanism (ESM).

In order to better protect the euro area from future crises and to overcome crises more rapidly, the ESM should be developed into a European Monetary Fund (EMF). Its functions should encompass the current liquidity assistance of the ESM and a stabilisation mechanism to be used in the event of severe economic shocks. The EMF could also act as a common backstop for the banking union. It should be firmly integrated within the EU legal framework.

I am convinced that we should not restrict our thoughts to reforms that can be implemented in the near future. It is true that current circumstances do not make it easy to put ambitious ideas into practice. But it is our task to analyse the deficiencies of the current situation and to encourage discussion about what is the best way forward for Europe. The new French president Emmanuel Macron was elected on a programme that is explicitly “pro-European”, and which contains proposals that would even call for an amendment of the European Treaty.

After all, when talking about the future of the eurozone, it is important to remember that the ultimate aim of the single currency union has been the creation of a genuine political union. Today, it seems that we are farther away from that goal than ever before.

But if we want to shape our future, we need to invest in European integration. For us in Germany, this means we do not ask all other Member States to follow ‘the German approach’. There is no ‘either-or solution’. Let’s not choose between wrong alternatives. Let’s make clever choices.

The views expressed in this essay are those of the author and do not necessarily represent those of the Federal Government. They are more fully explored in this book.