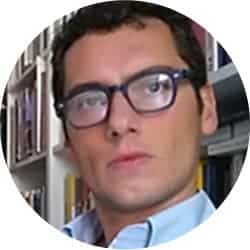 Ideas spread fast, bad ideas spread faster. Over the last few months, the European Commission has tried to give new impulse towards achieving a ‘Social Triple A’ rating. At the beginning of March, Employment and Social Affairs Commissioner Marianne Thyssen launched a social package comprising an outline of the European Pillar of Social Rights and some ideas to facilitate labour mobility.

The ultimate goal of this action is that of creating the foundations for a fair and truly European labour market and defining a reference framework to drive upward convergence in social rights within the Euro area and the EU. In other words: reinventing social Europe.

Public consultations have been launched and the Commission is open to debate and to receiving feedback from trade unions, national authorities, Civil Society Organisations, etc. Nevertheless, such proposals did not make much noise in the EU bubble nor in national media. Even less so did they give inspiration to any national debate about enhancing social rights or fostering intra-EU mobility.

What is spreading is instead the idea that EU mobile workers are foreign workers who should not be entitled to the same social rights as local workers. David Cameron’s request to limit in-work benefits for European workers, presented in the framework of negotiations to avoid Brexit, has been accepted without a second thought. Even though, in concrete terms, the concessions to the UK do not amount to much, they give legitimacy to a perverse conception of intra-EU mobility which is likely to further endanger the European project.

It was to be expected that other member states would move in the very same direction of restricting access to welfare provision for EU mobile workers. What is striking is that the first country to do so is Germany: possibly the member state that benefitted the most from intra-EU mobility and the internal market. Even more striking is that the proposal to ban Europeans from most unemployment benefits in the course of their first five years in Germany has come from Andrea Nahles, Federal Minister of Labour and Social Affairs, on paper the most left-wing member of this third Merkel government.

She is a former leader of the SPD Youth branch and is usually identified as a leftist within the SPD itself. Minister Nahles is reported as having said:

I fully and clearly support freedom of movement, but freedom of access to social welfare is something else.

Even without entering into the details of the proposal she outlined, two general points can be made. First, it is telling that the rationale behind the proposed measure is endorsed and embraced by ‘progressive’ forces. It is actually revealing of the state of European progressives, who are unable to provide an answer to growing public tensions towards immigration without borrowing the narrative of populist or conservative forces. They appear to have surrendered to the logic of fear and fail miserably to distinguish between European mobile workers, refugees and other extra-EU economic migrants.

Second, it is alarming that such a measure has been proposed at all. Or at least, that it has not generated much shock at all and that most commentators buy the argument fully and support the principle behind the proposed ban – see for instance the Süddeutsche Zeitung and the Die Welt.

How is it that no one is questioning the principle? Shouldn’t we encourage intra-EU mobility? Don’t we share a European citizenship on top of a national one? Do we really want to go down the path of having different social rights for EU and national workers? What happened to the logic that mobility is key to stabilising the Euro area?

Jacques Delors stressed recently that “in order to establish favourable conditions for the mobility of workers, we should aspire to a Social Union.” A Union where social rights are easily accessible, regardless of one’s country of origin, in a manner that strengthens European identity and citizenship. The notion of citizenship is based on political and civil rights, but means nothing unless it comes with social rights too. In other words, we won’t be truly European if welfare policies discriminate by nationality.

Accepting the logic that EU mobile workers can give up certain social rights, even though for a limited period of time, does not mean fighting welfare tourism; it means institutionalizing welfare masochism. Imagine a Belgian worker who moves to Germany to work and is made redundant after one year; she would have been entitled to unemployment benefits had she worked in Belgium. Meaning, she gives up on her social rights. Shouldn’t we avoid a race to the bottom? Shouldn’t intra-EU labour mobility escape from this logic?

EU mobile workers are seen as a potential burden on the public finances of the destination country. If they lose their job after having paid social contributions, they may temporarily benefit from welfare protection and are thus perceived as a cost. Such logic does not consider their long term contribution to the economy: the taxes they paid in the past or will pay in the future, the skills they bring to the country, their consumption nor that of their families. Nor does it consider that primary education, schooling and college training, in the case of high-skilled workers, was sponsored by the public finances of another member state and thus it represents a sort of gift, a transfer from the country of origin to the country of destination.

The logic that should prevail is that mobility in the EU, if anything, is detrimental to the country of origin, not to the destination country. To correct the asymmetries of European labour markets one may also envisage a compensatory transfer for the outflow of productive workforce; a fiscal arrangement to counterbalance for the pro-cyclical effects of mobility. In the current context however, such desirable arrangements are not even taken into account.

In conclusion, it is worth stressing that, within the EU, welfare tourism is really negligible: Europeans are happy at home. If they move, they move to work or to look for work. On average, EU citizens moving to an EU country other than their native one have an employment rate 3.5 percentage points higher than those residing in their country of origin.

It is still uncertain whether the proposal by Minister Nahles to reform basic federal social security laws will be approved by parliament or survive scrutiny by the German Constitutional Court, but just for its intentions alone Germany is today a bit more German and much less European. 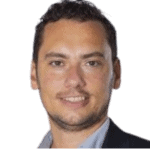 David Rinaldi is director of studies and policy at the Foundation for European Progressive Studies and teaches European economic governance at the Institute for European Studies of the Université Libre de Bruxelles.