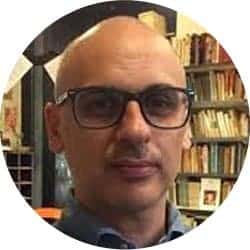 Italy has become a leading example of a perilous western trend encompassing authoritarian, racist, and demagogic movements and attitudes. Developments are showing us what the anti-immigrant interior minister and deputy prime minister Matteo Salvini ideologically hates most –the European Union, solidarity, anti-racism and anti-fascism. His aim is to dismantle any successful form of integration of migrants within the country (see here), while fighting internationally the EU’s normative framework in the hope of leading a Eurosceptic wave to victory in the 2019 European Parliament elections.

In early October, during a conference with France’s far right leader Marine Le Pen, he labelled EU Commission President Jean-Claude Juncker and EU Commissioner Pierre Moscovici as the real “enemies of Europe … closed in the bunker of Brussels”. Some of this may have been predictable but such a rapid radicalization of Italy’s public discourse and politics was not fully foreseen overseas. When in June 2018 the new cabinet was established, the main coalition partners, Five Stars Movement (5S) and Salvini’s League, in fact, dubbed it the “government of change”. The only visible change is the virulent and intolerant nationalist political turn to the far right.

After his first visit to the White House in late July, Prime Minister Giuseppe Conte claimed that “the innovative [immigration] approach Italy is putting forth … is providing good results … in line with the position of [Donald] Trump, which starts with the respect and dignity of people to make sure that fundamental rights are protected.” Human rights and dignity are actually trampled upon on both sides on the Atlantic. There is no separation of children in Italy, but last month the League-run affluent northern city of Lodi in Lombardy (Italy’s wealthiest region), approved an apartheid-type resolution denying free school buses and meals to children of non-EU citizens, even if they were born in the country.

Moscovici predictably compared Italy to an illiberal member state such as Hungary for their (apparently) similar xenophobic and anti-EU policies. All this is happening when the country’s focus should instead be on remembering the 80th anniversary of the promulgation of the infamous fascist anti-Semitic laws which discriminated against Italy’s Jewish community. Instead, racially-motivated abuses are on the rise. Italian President Sergio Mattarella expressed concern on Italy becoming a new “Far West”. This is a further lesson for US politics and society: the far right’s active involvement in democratic institutions does not always lead to its moderation or “normalization.” Even if the League has been in Silvio Berlusconi’s coalitions since the 1990s, this time it is virulently radicalizing the governmental agenda – making it more in line with fellow extremists in the US, Eastern Europe, and Russia. When they do not share the same ideas, Prime Minister Conte and the 5s seem mere puppets in Salvini’s hands. The other vice premier Luigi Di Maio, following a similar line, suggested migrants should be excluded from the proposed basic income.

Despite this abundant evidence, all deny any racism on the part of their government. Hardly surprising if we consider that this is a political elite set on changing the EU legislation with the Hungarian Prime Minister Viktor Orbán. The paradox is that Orbán is opposing the very refugee redistribution quotas which would help Italy to deal with this humanitarian emergency. The truth is that without “easy targets” such as migrants, Islam, and blacks, the transatlantic far right would have only a few other minor mobilization flags. Immigrants, minorities and/or “foreign” traditions and cultures such as Islam represent the perfect enemies: they are “different” and challenge the “purity” of a given community. As non-white, and at times non-Christian, they cannot belong to any narrowly ethnically or culturally-defined Western society. In this sense, “Mexican” and “Muslim” are an easily interchangeable foe.

In Italy, for example, the EU is a less profitable card to play. EU-led austerity measures, globalization and the refugee crisis are clearly a concern for many. But surveys are often confusing and contradictory. An EU-commissioned poll released on 17 October showed only 44 percent would vote for staying in the EU (32% remained undecided), but 65 percent supported the euro. Trust in EU institutions has been constantly dropping since 2000 – though today it is higher (36 percent) than in 2016 when it reached its lowest level of 29 percent. Yet, this does not always translate into a rejection of the Union nor in more xenophobia. Other polls indicate that a majority of Italians would still vote in favour of EU membership. In September, an exit from the Euro currency was supported by a minority of the League’s voters (34 percent). All of this is perfectly in line with Italians’ main preoccupations during the March election campaign and since the formation of the government – mostly unemployment and economy.

Despite this, scapegoating migrants, the decline of Berlusconi, strong party propaganda machines, and the lack of any real opposition can shift the beliefs and perceptions of a confused public opinion. On 1 October, surveys suggested the League would become the first party in a new ballot (with roughly 32 percent of the vote), while it is expected to win the coming 2019 elections. Although in March 2018 Salvini’s party and the 5S were not in the same electoral coalition, they are presenting themselves as the only legitimized representatives of the people and promoters of the real will of the nation. They are (allegedly) the majority fighting against the traditional establishment and international powers.

But rather than a bottom-up “will of the people,” this seems more a right-wing revolution from above – with an Italexit as their ultimate dream. Their banalization of hatred can really lead to a quite different type of democracy. An early outcome of Salvini’s leadership is, however, already clear. His actions are impressing the far right worldwide and galvanizing nationalist politicians and white supremacists. Trump’s former advisor Steve Bannon, after a visit to Italy, unsurprisingly referred to politicians such as Salvini as being “on the right side of history” and “redefining democracy”; he immediately asked the Italian politician to join his obscure and unfunded The Movement. Orbán admitted how pleased he was in seeing muscular statesmen like the Italian gaining power in Europe. Leading Brexiteer Nigel Farage enthusiastically suggested how “Merkel is the past, Salvini the FUTURE.” Decades after inter-war fascism, Italy is becoming again a global source of inspiration for xenophobic right-wing extremists.