The recent parliamentary election in Sweden stunned observers around the world. Up until now Sweden was often thought of as holding the moral high ground due to its relatively open borders, its extensive welfare state and its commitment to high levels of economic and gender equality. Today, however, this country is disparaged as “just another country” now that an explicitly anti-immigrant party, the Swedish Democrats (SD), has reached 17.5 percent of the votes.

The growth in SD’s popularity is truly phenomenal. Whereas the party received just 160,000 votes in 2006 and 350,000 in 2010, in the latest election the party got over 1.1m votes. Despite the fact that all established parties denounced them, every major media outlet dismissed them, and virtually every significant political and cultural personality heaped scorn on the SD, they are now the third largest party in the country. So: what lies behind this fundamental transformation of the Swedish political landscape? 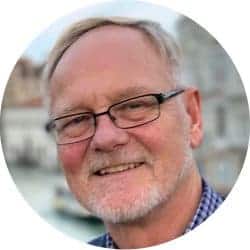 There are two common explanations for the rise of the Sweden Democrats. The first points to an underlying racism in Swedish culture. The second argues that globalization has led to increased inequality and a more insecure jobs market. Certainly, there is a racist core at the center of Swedish Democrats. But it seems quite improbable that racism in Sweden has increased so dramatically in such a short period. Indeed, recent surveys of the Swedish electorate do not indicate that xenophobia or racism have increased. On the contrary, though there is always a risk that those who have racist values choose not to report them in surveys, most suggest that the level of xenophobia has been quite constant in recent years. Simply put, something that is constant cannot explain a change.

It is also doubtful that globalization, or the increase in the number of insecure jobs and/or working outside the labour market, can explain the SD’s success. Given the extensive reach of the Swedish welfare state since the establishment of the famous Rehn-Meidner model in the late 1950s, Swedish workers have been remarkably adept at adapting to changes in the international economy. Indeed, a keystone of Swedish economic success in the post-war years has been the fact that the economy has remained almost completely open to international competition.

In fact, the largest and most dramatic structural changes took place during the period from the 1950s to the late 1980s, not in the last decade. In those years, large industries from shipbuilding to steel, small medium-sized agriculture and most of the clothing industry were fundamentally restructured and, in some cases, eliminated. Yet no party was founded to represent the displaced. Moreover, according to recent Swedish labour market statistics, the unemployment rate is declining and the proportion of insecure workers in the Swedish labour market has not increased significantly over the past 15 years. Again, a constant cannot explain a change.

What has changed, of course, is the massive increase in the number of immigrants and refugees that have entered Sweden in very recent years. This relatively small country with less than 10m inhabitants has accepted over 300,000 refugees since 2014. For comparison, neighboring Norway and Denmark admitted 49,000 and 45,000 respectively. If Britain had received as many refugees as Sweden in proportion to its population it would have taken in 1.8m. Given that the United States’ population is over 32 times that of Sweden, had it taken an equivalent proportion of refugees it would have accepted 9m!

But pointing to this data does not, in itself, fully explain the remarkable rise of the Swedish Democrats. We suggest, instead, that the surge in SD support signals a deeper and more fundamental issue in modern Swedish democratic politics. Like the common “racism” and “globalism” explanations noted above, the argument that the rise of the SD is simply a result of a sudden rise in immigration ignores a more basic dilemma facing Sweden and many other countries today – a democratic deficit.

The more basic problem is that the established parties have been deaf to the preferences of their own citizens. Even while popular opinion polls indicated significant dissatisfaction with these policies, all seven established parties supported the so-called, “open door,” policy. Indeed, the Swedish political and cultural elite has been essentially unanimous in support of former Conservative Prime Minister, Fredrik Reinfeldt’s famous “open heart” policy. Anyone who questioned this policy – from within the established parties, the media, or academia – was instantly tagged as reprobate or racist and pushed to one side. Swedish voters who wanted a somewhat more moderate refugee policy (perhaps something like that followed in Norway or Denmark) had no party to turn to – except the Sweden Democrats.

Instead of blaming voters for their regressive attitudes, we suggest that the current backlash witnessed in Sweden, and elsewhere, is tied to a deeper problem that can be understood as a new version of the politics of “identity.” No student of Swedish politics over the past several years can fail to have noticed that the focus of political discourse has changed from one of supporting universal and broad-based policies based on the principle of equality to homing in on the rights of various minority groups – not least various immigrant groups – but also religious and sexual minorities. The reality is that for traditional, middle and working-class citizens, this discourse, and the policies that flow from them, are perceived as undue favouritism to specific groups that stake a claim to being different. Whether they realize it or not, this claim challenges the collectivist idealism of classical Social Democracy.

In our view, the electoral outcome we have just witnessed in Sweden (and similar trends in other countries) should be seen as a kind of backlash identity politics. Just as various minority groups want to be recognized and wish to honour and protect their specific identities, we suggest that “average” ethnic Swedes, Norwegians, etc. also want to honour, and protect, their identities.

The rub is that Swedish (and other) elites simply did not see this coming because they do not share the traditional identity held by so many working and middle-class citizens. Instead, today’s political, social and economic elite has become internationalized – having lived or studied outside their home country, often speaking several languages – they are comfortable in a multi-cultural milieu. “Average” citizens, however, are much less familiar or comfortable with the many changes they see ongoing in their society. This is not because they are necessarily racist (though some surely are). Nor is it necessarily because they feel their jobs have been taken away by ‘outsiders’ (though many certainly do feel this way). More importantly, these citizens see the remarkable and significant influx of people who do not fit their image of the traditional Swede as a challenge to their sense of self. This fact is exacerbated by the open disrespect that the political and cultural elite too often displays for these attitudes.

Today, many ‘average’ citizens believe that their identity as traditional Swedes/Norwegians/ etc. is neither appreciated nor valued by their nation’s intellectual and political elite. They may feel that this internationalized elite doesn’t even really respect the traditional vision of Ola Nordmann or Elsa Svensson. In short, this election should be seen a backlash produced by a quite basic human emotion – “my story matters” – more than a product of racism or economic challenges.

For sure, the success of SD can in part be explained by racism or the effects of globalization on the labour market. Certainly, the massive increase in the numbers of asylum seekers helps explain the sudden surge in the SD’s vote share. But it is our contention that beneath these explanations are shortcomings in the established parties’ way of working and their strategic mistakes. We both personally support progressive social and immigration policies and believe that these policies are morally right and will benefit the country in the long run. But it is obvious too that the strategy of labelling the majority that voted for SD as “insecure” or morally deficient (or deplorables to use Hillary Clinton’s terminology) is a serious political mistake because it denies average citizens their sense of self-worth.

The irony is that the very identity politics that has been so favoured by the elite in Sweden and elsewhere may be increasing the sense of identity of the majority of their own citizens. The result, then, is that they turn to parties that claim to respect that identity.

This article was originally published in Swedish by Dagens Nyheter