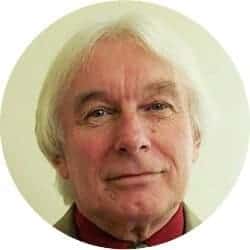 In the acres of recent coverage about the causes of the Lehman Brothers collapse and how to ensure it doesn’t happen again, there was much emphasis on changing the EU’s economic imperatives away from austerity policies that contributed to Brexit, the rise of the extreme right, increasing opposition to immigration and sluggish economic activity, particularly in the Eurozone.

What was absent was detailed discussion of what needs to be done on the ground. In a Green New Deal group report ‘Europe’s Choice – How Green QE and Fairer Taxes Can Replace Austerity’ we proposed a comprehensive plan for a continent-wide sustainable infrastructure project to generate ‘jobs in every community’. In answer to the usual question of how this will be paid for we proposed that such funding would come from a new round of Quantitative Easing (QE), but, this time, the e-currency would take the form of ‘Green Infrastructure QE’ to fund vital, labour intensive economic activity. In the medium term, substantial funding could come from a more effective and fairer increase in the tax collected in Europe from wealthy individuals and companies.

It has been estimated that tax evasion (illegal non-payment or under-payment of taxes) in the EU is approximately €860 billion a year. Tax avoidance (seeking to minimise a tax bill without deliberate deception), which is the other key component of the tax gap in Europe, is harder to assess, but an estimate might be €150 billion a year. In combination, it is therefore likely that tax evasion and tax avoidance might cost the governments of the member states €1 trillion a year.

The form such a programme would take in the UK was detailed in our recent publication Jobs in Every Constituency: A Green New Deal Election Manifesto and consists of a nation-wide, carbon emissions reducing infrastructure programme focusing on:

This is labour intensive, takes place in every locality and consists of work that is difficult to automate. It also contributes to improving social cohesion and environmental sustainability.

This massive work programme in energy and transport would tackle many existing problems in our society. It would provide a secure career structure for decades. This would require a significant number of apprenticeships and the range of long-term jobs would provide increased opportunities for the self-employed and local small businesses. This growth in local economic activity would in turn create other jobs to service this increased spending.

In terms of funding, the upfront cost of this massive infrastructure programme is likely to eventually run into more than £50 billion a year. This could be met by traditional government borrowing at current low interest rates, plus the use of ‘Green Quantitative Easing’ to help rebuild local economies. (This would exploit the government’s ability to create new money without any cost to taxpayers, which has only so far been used to save the financial services sector.) Additional finance could come from fairer taxes and the creation of savings opportunities in local authority bonds and green ISAs, not least to create intergenerational solidarity between savers (most often from older generations) and younger people who would benefit from the jobs created.

It has been estimated that at least £500bn of investment in new low-carbon infrastructure is required over the next 10 years to transform the UK economy, of which £230bn will be required for energy efficiency alone. Transport for the North (TfN) has stated that investing between £60bn and £70bn in the north of England’s antiquated road and rail network between 2020 and 2050 could add almost £100bn in real terms of economic benefit to the UK, along with 850,000 new jobs. Across the country small and relatively cheap transport improvement measures would include improving stations and bus services, park and ride facilities, through to bus priority and cycle lanes, traffic calming schemes, car clubs and bike hire schemes.

These enormous sums would need to be used judiciously to ensure a realistically timetabled, carefully costed, and hence non-inflationary, nationwide initiative to train and employ a fairly paid ‘carbon army’ to work on this programme.

Summary of the GND spending proposals

As published in the ‘Jobs in Every Constituency‘ report

The projects suggested are, of course, only suggestions. And as is clear, there is a great deal to do. Choices would still have to be made when establishing the priorities for the Green New Deal. The issue is not a shortage of demand or ideas: the issue is a shortage of willing to deliver what is necessary and desirable.​

A Manifesto for Jobs in Every Constituency

The government should commit to a detailed programme explaining how to generate jobs in every constituency, using for example the energy and transport proposals in the Green New Deal. This would require extensive consultation with local government, businesses and communities to establish what such a programme should look like on the ground.

The government should commit to a massive training programme resulting in a huge range of skills to provide the ‘carbon army’ required to bring about a low-carbon future. A carbon finance sector would also be needed to publicise, advice and put into practice the range of large funding packages necessary.

The government must then explain how this approach would both mitigate the effects of any future global economic downturn and help compensate for the expected trends in automation. It must also make clear that a key advantage to such an approach would be to help meet the UK’s obligations under the Paris Agreement to curb carbon emissions.

There is much handwringing by the greens, the left and centre parties about how to stop the rise of the right across the continent. A huge contribution would be for all these parties to adopt such a manifesto for jobs in every community, since it would return a sense of hope for the future, provide economic security for all, whilst fully protecting the environment.

Colin Hines is convenor of the Green New Deal Group and former co-ordinator of Greenpeace International’s economics unit, having worked for the organisation for ten years.