The focus of the European Union on fiscal consolidation has left European societies out of kilter and undermined the union’s legitimacy. A Social Imbalances Procedure could begin to put that right. 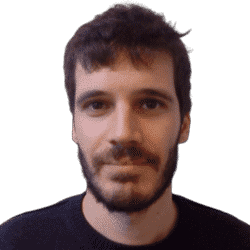 In a recent contribution to Social Europe, Sylvia Schmidt raised the question as to what role the European Union could or should assume in social policy, in view of the fact that—despite the economic recovery of recent years—social imbalances persist among and within member states. High rates of young people not in employment, education or training; alarming youth unemployment rates, especially in southern Europe; unequal access to childcare, education, training and lifelong learning opportunities; gender gaps in employment and pay, and high levels of at-risk-of poverty and social exclusion are among the social imbalances which give cause for concern. 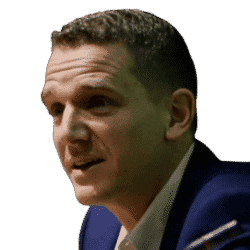 This call for a debate about social imbalances, and the role of the EU in tackling them, could not be timelier. The May European elections further weakened mainstream parties and consolidated support for Eurosceptic forces in several countries, even if the populist political ‘earthquake’ was less sweeping than expected. Arguably, the further rise of Euroscepticism is among other things linked to the perception that national austerity measures—especially in those countries severely hit by the sovereign debt crisis—have been largely EU-driven. 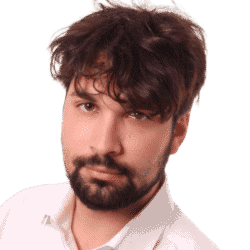 In a context of eroded national sovereignty in key (social) policy areas, this has caused growing suspicion of, if not overt opposition towards, EU institutions and raised doubts about the union as a progressive project capable of enhancing citizens’ social rights and wellbeing. The perception, in the aftermath of the crisis, of the EU as a project that prioritises fiscal consolidation at the expense of social standards has further undermined its credibility in the social field and placed its political legitimacy in question.

Over the years, the European Commission has prudently tried to address such criticisms, most notably by ‘socializing’ the European Semester, the EU framework for the surveillance of macroeconomic, fiscal and social policies. The solemnly proclaimed European Pillar of Social Rights (henceforth referred to as ‘the pillar’) further contributed to raising the profile of social issues in the European Semester, while Finland is placing the ‘economy of wellbeing’ at the heart of its presidency of the Council of the EU.

Yet, despite the strong political investment and some key improvements in the semester, the question remains: what can be done to strike a better balance between the EU’s economic and social strands, with a view to addressing social imbalances? As Schmidt points out, these affect two groups particularly: women and young people.

Monitoring social and employment performances through the new ‘Social Scoreboard’ and calling on member states to reform (in the context of the European Semester) is not enough: the time is ripe for the EU to put social and economic imbalances on an equal footing. To this end, we propose a new procedure—which is partially a repackaging and relabelling of existing tools and practices within the semester—to detect and correct social imbalances within member states. We call this mechanism the ‘Social Imbalances Procedure’ (SImP).

The aim would be to ensure that social and employment imbalances, which have the potential to erode social cohesion within a member state or could have negative spillover effects on others, are detected at an early stage and properly corrected.

In our proposal, a Social Imbalances Procedure could consist of three stages. The first would be the identification of social imbalances. The SImP would use the (possibly refined) indicators included in the pillar’s Social Scoreboard, in accordance with the analysis provided in the annual Joint Employment Report. Countries displaying ‘critical situations’—with indicators much worse than average, not improving sufficiently quickly or even deteriorating further—would be encouraged by the commission to ask for the opening of the Social Imbalance Procedure. Member states could also decide, on their own initiative, to ask for it to be applied.

The second stage would be to define the actions needed to improve these situations. A Multi-annual Action Plan (MAP) should be drafted jointly by the national government and the commission. This would contain a list of initiatives/reforms to be implemented by the member state in the years to come (over at least a three-year timespan) and EU actions to support their implementation.

The third stage of the Social Imbalances Procedure would consist of monitoring the implementation of the national MAP. This would be done through the European Semester, notably the commission’s country reports. In case of repeated non-compliance by a member state with the actions agreed in the MAP or the fiscal rules defined in the SGP, the SImP would be closed and the member state would lose the additional EU support provided through the procedure.

A Social Imbalance Procedure is a feasible tool to tackle the asymmetry between the economic and social dimensions of the EU and of economic and monetary union. It is also desirable, for functional, normative and political reasons.

Excessive social imbalances affect not only the member states concerned but can also spill over into other member countries, threatening the sustainability of EMU as a whole. Addressing such imbalances should be a matter of common concern as well as self-interest: the recent report indeed shows that all social imbalances identified affected several member states and were not confined to poorer EU counties.

Moreover, the treaties and the European Pillar of Social Rights explicitly refer to upward social convergence as one of the key goals of the union. Yet the legitimacy of European integration and the sustainability of the European political system have been placed at risk by the perception of the EU as largely a champion of austerity and social retrenchment.

The time has come for the EU to act upon the promises it made when adopting the pillar in 2017.  The launch of a Social Imbalances Procedure would pave the way for the union to be serious about delivering its social ambitions.

Sebastiano Sabato and Bart Vanhercke are, respectively, senior researcher and director at the Brussels-based European Social Observatory (OSE). Francesco Corti is a PhD candidate at the University of Milan.