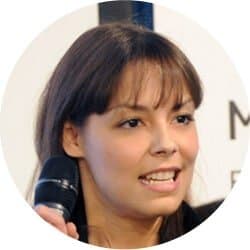 On November 25, 1941, my great-grandfather Max lost German citizenship through the Eleventh Decree to the Reich Citizenship Law, a simple legal act. He was guilty both of being Jewish and having left the territory of the German Reich. Three years earlier Max had been released from Buchenwald upon proof of imminent emigration. In his case, this constituted a ship’s passage to Shanghai, at the time the only place where Jews could go without a visa. Over the course of the next few years, he not only lost his citizenship, but everything he possessed, his home and all his brothers and sisters who had stayed behind. Through another legal act, Max regained German citizenship in September 1945. After nearly nine years in Chinese exile Max returned to the country of his fathers. Only weeks after his arrival, he began to work in local politics, helping his fellow sufferers through the confusing process of applying for recognition as victims of the Nazi Regime and hoping to build a more just and humane Germany.

Europe 1946: A refugee without a state

My grandfather Janos, on the other hand, found himself in another predicament. After having lived in Transdanubia (Hungary) for nearly 200 years, his family was expelled from the country whose citizenship they possessed at about the same time my great-grandfather Max regained his. Janos was expropriated and sent “back home” to Germany where his new compatriots eyed the “Hungarian” with barely suppressed suspicion. In the 1941 census Janos had reported that his mother tongue was German, marking him as a member of the German ethnic minority in the former Kingdom of Hungary, the so-called Danube Swabians. That was reason enough to suspect him of subversion. Even though his cultural identity combined passed-on German customs with a large degree of Balkan and Hungarian influence, especially in cuisine and vocabulary. Janos did receive a German passport and, henceforth, was called Hans, but until his dying day he considered himself nothing but a “Schwobe” (a Swabian).

In June 2016, a slim majority of voters opted for the United Kingdom to leave the European Union. While one half of the country is happy to have “one superstate less”, the other half trembles in fear of becoming “superstateless.” Millions of people are in danger of losing European citizenship against their will, as it is tied to the member state status of the UK. Unable to accept the loss of their EU citizenship for being outvoted in a politically non-binding referendum, more than a 120,000 desperate Britons petitioned the European Commission to avert this. Simultaneously, hundreds have applied for Irish citizenship, for which about six million British citizens are eligible. But the majority of those currently demonstrating their pro-European convictions in Whitehall will be confined to watching in horror as they are stripped of a part of their identities.

Symbolised by the passport, citizenship is a legal status linking the individual to a nation state and defining his or her rights and responsibilities as a member of that particular community. It was this status that Max, a German Jew, and Janos, a German Hungarian, had lost in the 1940s because the governments of their respective countries decided that they were no longer worthy of the civil, political and social rights associated with it. It is exactly this legal status that is at stake for most of the British citizens of the EU.

But citizenship goes far beyond the concept of statutory citizenship described above. It designates not only an individual’s membership status in a community; it also comprises a sense of identity and affective bonds, which can be based on origin and kinship, but also on shared history, ethnicity, religion or common purpose. In short, it is part of the individual’s identity. For this reason, both Max and Janos remained exactly what they had been before, even after they were dispossessed of their statutory rights. Thus, even after Brexit, British Europhiles won’t be non-Europeans, let alone un-Europeans.

Nevertheless, the concepts of statutory and identitary citizenship are, of course, interlinked. Without statutory citizenship, individuals are deprived of many established options for civic participation, such as voting rights. Statutory entitlements, on the other hand, become hollow if people are unwilling or unable to exercise them. For millions of Brexiteers, Europe is “a faraway country of which we know little.” That hasn’t changed since Chamberlain’s time. The Leave vote demonstrates that many Britons feel excluded from civic participation even within the narrow borders of their very own island state. It can hardly be surprising that they are not losing any sleep over the loss of European citizenship.

Since 1981, all passports issued by EU member states share a common format. And after nearly ten years of financial, economic, political and public debt crises (this list is not exhaustive), one might get the impression the oxblood red passport cover is about the only thing that still unites Europeans in diversity. Brexit is a reminder that the bonds it symbolises are barely less fragile than those severed in the 1940s. The EU developed the Union citizenship as an important component facilitating the European unification and integration process. As such it heavily builds on the identitary dimension of citizenship. Yet, formally it is only tied to the geopolitical territory of the EU member states.

Is this concept of EU-citizenship still appropriate today? Has it ever been appropriate for Europe which, according to the French philosopher Bernard-Henri Lévy, is “not a place but an idea”?

The European passport in its current form is nothing but a label where we desperately need content. When if not now would be the moment to counter the Brexiteers’ (and Frexiteers’, Dexiteers’ and whoever else wants to join that dubious club) cries for isolationism with stronger solidarity, more integration and a more comprehensive concept of EU citizenship? Why not permit those fighting against the loss of that oxblood red travel document to apply for one, independent of their countrymen’s vote and their country’s member state status? This could be a chance to finally instil a positive and sustainable pro-European culture in the UK. Max and Janos would agree, I’m sure.

Juliane Sarnes is a finance professional in London and a Research Assistant/PhD student at the Hertie School of Governance, Berlin. She also is a translator of several books and blogs about creative writing at novelista.de