The rejection of the new constitution in a referendum has deep historical traces.

On September 4th, Chileans voted against a draft constitution elaborated by elected members of the public, after social unrest in 2019 had forced the then centre-right government to start a constitutional process. While more than 80 per cent had voted in favour of the process in October 2020, two years later the emerging proposal was rejected by almost a two-thirds majority.

Trying to make sense of this puzzling outcome, many analyses have invoked the ‘radicality’ of the text with regard to the right to abortion or indigenous rights, its ‘leftist’ character and the hope for a subsequent ‘do-over’. While all these analyses explain parts of the puzzle, we should focus on the profiles of those who voted for rejection to see the bigger picture.

Logically, the no vote consisted of right-wing voters who did not change opinion from 2020 to 2022, voters who changed their votes in the interim and first-time voters. The first group is analytically not very interesting. The two other types of votes can be explained, respectively, by the roots of the constitutional draft in social movements and the ultimate success of neoliberal ideology in Chile.

The constitutional process was heavily carried by social movements. This had crucial implications.

First, it probably deformed the 2020 vote of approval. That vote was not obligatory, so many who voted in favour of the constituent process in 2020 were individuals who had been mobilised in the unrest of the previous year.

Secondly, many of the members of the Constitutional Assembly were representative of those social movements: feminists, indigenous activists, environmentalists, animal-rights supporters and so on. Their respective agendas found their way into the constitutional draft.

This gave the proposal a maximalist content, especially with regard to fundamental rights, while neglecting technicalities of political organisation. It included more than 100 rights—many fuzzy and conceptually unclear—ranging from abortion to autonomy for indigenous people and for ‘neuro-different persons’. With many of those rights hotly debated in Chilean society, the proposal provided a raft of pick-and-choose arguments in favour of rejection.

Thirdly, the maximalism of the text alienated the centre left. This political sector, which led Chile out of the dictatorship, had been frustrated with the process from the beginning and could not get its candidates into the constitutional assembly. Ricardo Lagos, a former president and still an important centre-left figure, called the draft ‘extremely partisan’.

At the same time, a new, centre-left social movement called the ‘yellows’ discussed the possibility of rejection while continuing the fight for a new constitution. This effectively gave many who had voted for a constitutional process in 2020 but were unhappy with the draft an unwritten third option in 2022—the ‘do-over’.

This leaves us to explain the rejection of the draft among first-time voters. Those who only voted now because the referendum was obligatory tend to be ‘apolitical’. Their disenchantment would not be with the left or the right, but the state. A common anecdotal narrative was: ‘I come from a poor background. The state has never done anything for me or my family; everything we have, we have because we work very hard. I don’t want the state to take my house away; I don’t want my family to pay taxes on our second home—which we constructed all by ourselves without the help of anyone. And I don’t want to pay for the lazy ones, who don’t do anything and just want social benefits.’

Such statements are the epitome of subjection to neoliberal doctrine. But then Chile is the country, arguably, in which neoliberalism—the ideology that advocates market fundamentalism and hostility to government for the public good—was born. Already in the 1970s, when ‘Thatcherism’ and later Tony Blair’s ‘third way’ were yet to emerge in Britain, the Latin American country went through a profound change which would determine its fate for decades.

When Salvador Allende’s socialist government was overthrown in a military coup backed by the United States in September 1973, Augusto Pinochet, the head of the military junta which then governed Chile until 1990, implemented a neoliberal experiment, supported and advanced by the International Monetary Fund and the World Bank.

This political project was long in the making: in the late 1950s, a select group of young economists had gone to the University of Chicago to be trained in orthodox economic policies. These they were to implement—in line with a book called El Ladrillo (‘the brick’), completed weeks before the coup—upon their return.

The project made the Pinochet regime a forerunner of marketisation and privatisation in Latin America—in healthcare, education, pensions, housing and so on. A deep connection was politically constructed between the establishment of a deregulated market and the authoritarian regime. Paradoxically, this required that a huge bureaucratic apparatus be set up, while the state left welfare to markets. The return to democracy (under the centre left) continued the ‘Chilean way’ and led Chile to became a member of the Organisation for Economic Co-operation and Development in 2010.

What happened nearly half a century on is the almost logical continuation of the neoliberal laboratory. When a state has abrogated responsibility for the wellbeing of its citizens and those citizens have internalised the rationale that everyone is the architect of their own future, the social contract breaks down.

There is no (legitimate) state any more—only an administrative organ. There are no longer citizens. What remain are individuals, wolves among wolves, distrustful of each other, void of feelings of solidarity, void of hope for change.

Neoliberalism has bequeathed what Emile Durkheim called anomie. In such a society devoid of bonds, any attempt at a new social contract—such as this constitutional process—must almost necessarily fail. 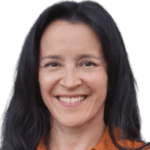 Irina Domurath is associate professor of law at the Central University of Chile in Santiago. She works on the connection between political economy and the law.