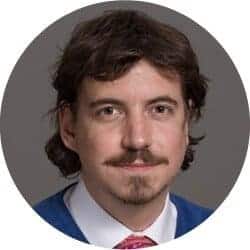 During my latest stay in the UK, I met some of my friends, who, surprisingly, told me that they felt the pro-Brexit campaign was very similar to the anti-semitic campaigns of the 1930s in Europe, and especially in Nazi Germany. The scapegoated EU was to blame for everything bad in the country. The argument struck me a lot.

When my plane landed back in Budapest, I took a taxi. The driver, who arrived with an expensive car in an elegant suit, told me he is a dauntless defender of the white race that should not mix with other races, because we have to racially preserve our country. He also explained that external forces from China and Western Europe would like to destroy us by mixing Hungarians with other races. He expressly used the term fajvédő, which was a term used by racist Hungarian political streams in the 1930s. He also told me all the ’ism’s (liberalism, feminism, etc.) came from Western Europe, and these are destructive ideologies.

This driver was not unusual: almost every time I come home from abroad, I meet in five minutes with the blatant and open racism of taxi drivers. This time, I asked him: what is the difference between his view, and that of former fascists? Does he know Hungarian racists like Endre Bajcsy-Zsilinszky, who supported the “racial preservation” of the country between the two world wars? Did he know that Bajcsy-Zsilinszky was killed by Nazis, because he admitted it is immoral to kill Jews after changing his mind and trying to defend them? He did not know anything about this.

A science which has lost its track

I have been wondering in recent years how scholarship, just like the taxi driver, remained at a rather basic level in explaining the similarities of current tendencies in the world and their historical roots. First, scholars explained that the new Far Right has nothing to do with the old fascism: it is lighter, it would not destroy the frameworks of our societies. They also started to water down the terms we use: first they used Far Right. Then, extreme right and radical right (what a nonsensical term). Then, recently, they switched to calling similar political streams populist: and this “populist hoax”, based on a falsely interpreted scientific objectivism, became wide-spread in Europe.

The term could be useful because there is not necessarily a moral evaluation behind it: if they would use far right demagoguery, or fascist politics, it would show something dangerous, extreme. It would ring the bell to us all. Populism does not do so. Historically, populism was used to define political streams which tried to involve people in decision-making, instead of alienating them from their own national political systems, and attacking them because of their political opinion, or because of their race – however, this nuance is not interesting these days. If you check some of the prominent proponents of this populist hoax like Cas Mudde, you see what an artificial and unstable model they have applied to populism: it should be some kind of technique, containing anti-elitism, high level of emotions, mixed with nationalism and ethnicism, probably also racism, but it would not contain a core set of ideological values. What struck me even more is that some leading scholars like Jan-Werner Müller can refer to Carl Schmitt as a populist. Schmitt was a Nazi Scholar and ideologist, president of the Union of National-Socialist Jurists, editor of the Nazi journal called Deutsche Juristen-Zeitung. His scientific activity, especially the division of society into enemies and friends (we-them), his anti-liberal (in fact: anti-pluralist) stance, his views on political power and emergency situations made him a prophet of Nazi ideology (the so called “crown jurist of the Third Reich”). And now we should call him simply populist?

I feel that science has almost completely lost track. That kind of populism which is in the head of scholars is simply demagoguery politics. When political parties are chauvinistic, racist, paranoid, anti-elitist, macho-ist, use emotions to attack minorities, create scapegoats, we cannot say that this is the normal course of democracy. In my home country, such parties destroyed democracy, created an electoral autocracy, a semi-dictatorship, where they abolished checks and balances and fair elections. Fidesz, the ruling party, uses the social-psychology of the communistic regime, which also used the social psychology of Nazis and the Horthy regime. Many of the similar parties use democratic mimicry to mask that they are deeply anti-democratic, and we see what many of them do should they receive power on their own, and have a chance to attack the democratic framework. They do not believe in democracy, in basic values like pluralism which underpin it, or the unity of one human race, where each and every human being is judged based on his or her own merits. Most of these parties are based on the same anti-enlightment attitude which served as the core of historical Fascism.

The Dangers of the populist hoax

And this is what has made the ’populist hoax’ extremely dangerous. If we call similar phenomena by newer and newer names, we cut these political ideas from their historical predecessors. It is worth checking on YouTube early Mussolini and Hitler speeches – there is hardly any difference between them and the speeches of PM Viktor Orbán, for example. As Nigel Copsey put it in the best article I read about this problem:

Radical right-wing populism (if we want to persist with this label) has grown in sophistication largely due to the influence of neo-fascist theorists, particularly with regard to the adoption of ethno-pluralist discourse.

Scholars should give up creating new terms and banalizing dangers: more than 23.000 crimes were committed by the Far Right in Germany last year, about 900 asylum homes were attacked,  1,313 cases of physical assault resultied in injury, and there were 18 attempted murders. So-called ‘populist’ parties like AfD create the background for this hate. Of course, there is a high chance these political streams will not develop into fascist regimes. As Paul Krugman has put it:

We may not go down exactly the same route — although are we even sure of that? — but the process of destroying democratic substance while preserving forms is already underway.

My own view is that most the above-mentioned parties belong to the post-fascist camp. Roger Griffin wrote a foreword for Tamir Bar-on’s genius book called Where have all the Fascists Gone? In this foreword, he wrote, post-fascism is like an island in a river: it does not reach the banks of fascism, but it also does not belong to conservatism. My view, however, is that these parties are not like islands, but like boats: they move between proper fascism and conservatism, and they rest on both sides of the river. They use all the emotional manipulations their historical predecessors did, from both sides. We can only counter the rise of hate in Europe if we do not think our societies are completely different from old times, or hate-mongering parties completely different from old parties with similar ideologies.

Finally, I also agree with authors like Marco d’Eramo who claim that the term populism is sometimes also used to describe political streams like the Five Star movement in Italy which are simply trying to push their social-democratic agenda, and we should not mix these parties with the post-fascist camp. As he put it:

You want health care for everyone? You are a populist. You want your pension linked to inflation? But what a bunch of populists! You want your children to go to university, without carrying a life-long burden of debt? I knew you were a populist on the quiet.

His opinion also proves why the term ‘populism’ should not been used for aggressive right-wing movements, because they are something different, something more than that – by far.