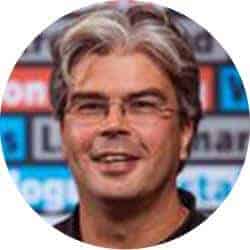 Since the beginning of the crisis, improving competitiveness has become the dominant frame of reference for European crisis management based on austerity and internal devaluation. This strong focus on competitiveness relies essentially on a narrow conception of the crisis as one of cost and price competitiveness, which in turn is caused by divergent developments in unit labour costs within the Eurozone. Underlying this are three basic assumptions which have turned out to be three central fallacies of the internal devaluation approach: 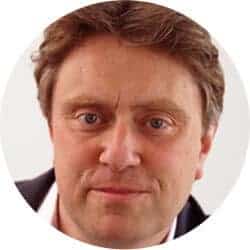 Before the Euro, cross-country differences in competitiveness were dealt with by currency devaluations. However, since such devaluations are, by definition, ruled out in EMU, reducing labour costs in deficit countries through wage cuts and freezes is seen as the only possible way to overcome macroeconomic imbalances and restore growth within the Eurozone. The key objective of this strategy of internal devaluation is to improve price competitiveness by lowering the relative prices of goods and services produced in a country vis-a-vis its trading partners. However, the economic justification for this strategy is based on three fundamental fallacies: 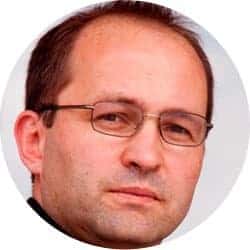 The strong focus on unit labour costs as the main factor determining price competitiveness leaves out two important aspects: First, it ignores the fact that it is not only wages and unit labour costs, but also the cost of capital which determine a company’s production costs. And second, this one-sided focus does not sufficiently take into account that price competitiveness is not only determined by a company’s cost competitiveness, but also by its profit margin behaviour – i.e. there is no direct link between cost and price developments.

A good example here is Spain, which under the conservative Rajoy government is often portrayed as a classic example of how to implement the internal devaluation approach. As a matter of fact, Spain did indeed manage to offset all the differences in unit labour costs growth which had accumulated from 1999 compared with the rest of the Eurozone. However, despite this, the country still lags behind in terms of relative price developments. The reason is that the decrease in unit labour costs has only partially been passed on to prices and has instead been used to increase profit margins. Greece and Portugal demonstrate the same dynamic. Furthermore, unit capital costs in Spain continued to increase during the crisis.

Germany is often mentioned as a textbook example of the positive effect of improvements in price competitiveness – via moderate wage developments and neoliberal labour market reforms – on export performance. Such a view, however, entirely ignores the significance of non-price competitiveness. This is all the more surprising since even the European Commission’s DG ECFIN has for some time acknowledged the importance of non-price competitiveness for export performance in its own studies. Unfortunately, this realization has not yet been sufficiently translated into its crisis management.

A comparison between France and Germany is particularly illustrative: while both countries show an almost identical development in price competitiveness – both pre-crisis (2000–2008) and during the crisis (2008–2012) – the export performance of the two countries has diverged substantially. This divergent development can mainly be explained by the significance of non-price factors, such as the structure of the export industry, as well as the complexity and quality of the exported goods. Felipe and Kumar show that, between 2000 and 2007, the German share of total world exports of the top 100 most complex products was more than 18 per cent, compared with 3.6 per cent for France. Thus, one important factor that explains Germany’s relatively better performance is a sectoral specialisation which results in a high export concentration in the most complex product segments, such as automobiles, chemicals and mechanical engineering. These are all knowledge- and technology-intensive industries with fewer price-sensitive products – and in which labour costs play only a minor role.

The third fallacy is the one-sided fixation on exports as the main driving force of a country’s economic performance. This overlooks the fact that domestic demand is much more important in determining a country’s overall demand for goods and services. This not only applies to Germany, which takes a lot of pride in being ‘the world champion exporter’, but also to small and open economies such as Austria, Belgium and the Netherlands. It applies even more to a highly integrated economic area such as the Eurozone as a whole, in which exports accounted, roughly, for only one-fifth of overall demand.

Thus, if Europe’s economies depend largely on domestic demand, then the contribution of exports to economic growth is too small to compensate for the decline in domestic demand that results from a declining wage share.

Wage-led growth instead of internal devaluation

The above discussion illustrates that the policy-makers‘ dominant analysis of competitiveness and concomitant strategy of internal devaluations do not stand up to any empirical investigation.

This triply lopsided perspective obscures the existence of political alternatives. In view of the great importance of domestic demand for economic performance, it would instead be far more promising to pursue a wage-led growth model focussed on reversing the trends of falling wage shares and a redistribution from labour to capital income.

Implementation of a wage-led growth model would require various measures to strengthen domestic demand. In the case of wages and collective bargaining, this would include the following measures in support of an expansive policy:

However, it is important to emphasize that the pursuit of an expansive wage policy can be only one building block in an alternative growth model; it must be complemented by a whole range of measures in other policy fields. These include increased public investment in social and physical infrastructure, and targeted investments to improve non-price competitiveness by enabling countries to upgrade their export basket. In this way, the pursuit of a wage-led growth model would acknowledge the multiple functions of wages, as a cost factor, on one hand, and as a driving force of domestic demand and social cohesion, on the other.

This blog is based on our chapter “Wages and economic performance in Europe” within the book Wage bargaining under the new European Economic Governance – Alternative strategies for inclusive growth (ETUI, 2015) A German version ‘’Lohnpolitik unter europäischer ‘Economic Governance’’’ is now available.