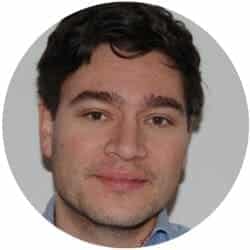 As of this January 1, the Netherlands holds the Presidency of the European Union. This is a good occasion to put the spotlight on a well-kept Dutch secret: The Netherlands is one of the largest tax havens in Europe, indeed the world.

While minister of finance Jeroen Dijsselbloem – better known as head of the Euro Group – routinely denounces Greece’s “unwillingness” to reform its tax system, the Canadian mining company Gold Eldorado avoids paying taxes in Greece via his own country. While the Netherlands lambasted Cypriot banks in 2013 for laundering (Russian) money, oligarchs were invited in 2013 and 2014 to the Dutch embassy in Ukraine for a seminar by private Dutch law firms on how to avoid taxes via the Netherlands. Recently the European Commission decided that special Dutch tax breaks for Starbucks are illegal under European state aid rules.

These are not isolated events. An important pillar of the Dutch financial-political complex is to attract foreign capital with a rich menu of tax-breaks and subsidies. The Netherlands has tax agreements with many countries. In particular, incoming royalties are untaxed. Corporations pay fabricated royalty costs to tax shelter companies, artificially lowering their profits. Any royalties are virtually untaxed and – when returning to the parent company – are untaxed in the home country because they have already been taxed (albeit at a zero rate). Vice versa, profits from (formally) foreign subsidiaries are untaxed when returning to Dutch headquarters.

It is relatively easy to found a shelter company in the Netherlands. All you need is a mailbox. (The Rolling Stones and U2 have offices at the Herengracht in Amsterdam, although they are never seen there.) Tax shelter companies are also convenient for regulatory arbitrage. Many special vehicle purposes of Lehman Brothers could be traced back to the Netherlands.

Large companies can furthermore collect subsidies for all kinds of activities that are (or should be) part of everyday operations. Innovation is subsidized and there are 75 different subsidies for companies which give jobs to the unemployed. Taxes can be further reduced by subtracting interest rate payments (as is practice in many countries).

If there is still some tax to pay, companies (at least multinationals like Starbucks) can negotiate special tax agreements with the ministry of finance. These so-called tax rulings are not disclosed, not even to Members of Parliament. That didn’t stop an historic coalition of social democrats and the radical right PVV from submitting a bill in 2013 (passed with the help of the right-wing liberal party VVD), which stated that the Netherlands was not a tax haven and which called on the government to discourage use of the term.

In 2009 US President Obama called the Netherlands (as well as Ireland) a tax haven. The IMF agrees, stating that the Netherlands has “special legislation that provides advantages to multinational corporations using these countries as pass-throughs”. That is what Europe needs to know next time a Dutch minister pleads for decimating Greek pensions or increasing Portuguese VAT. 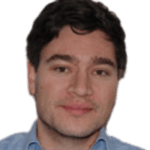 David Hollanders is a lecturer in economics in the Department of European Studies at the University of Amsterdam.