Can the Conference on the Future of Europe be a turning point from a mere economic union to one of social rights?

The pandemic has had a deep impact on European societies. Poverty, unemployment and inequality have risen across the European Union. Unskilled and non-standard (self-employed, part-time and temporary) workers, women and younger cohorts have suffered disproportionately from job losses, precarious employment and short-time work—while billionaires can apparently find nothing better to do with their enormous wealth than fly into space.

That accumulation of wealth has been facilitated by EU member states’ low-corporate-tax models. Yet the pandemic has proved once more that the EU needs to strive for strategic autonomy and become more resilient against crises. It must thus develop comprehensive legislation to shift the tax burden from workers and small businesses and offer good standards of social protection. Returning to ‘business as usual’ is not an option.

Aside from topical questions on health, digitalisation, migration or the rule of law, the Conference on the Future of Europe, which opened in Strasbourg in May, should focus on social justice and on European labour and social legislation, currently fragmented and underdeveloped. If done right, the conference could provide momentum for effective implementation of the European Pillar of Social Rights, paving the way towards a social union.

The 2020 European Recovery and Resilience Facility, Next Generation EU (NGEU), is an important milestone on that journey. For the first time, member states opted for European solidarity and convergence instead of austerity to fight the crisis. The programme provides for the possibility of a large-scale issue of EU bonds, to allow European economies to grow their way out of the pandemic instead of stagnating with a constrained budget.

This way, the burden of the crisis is shared among the member states and not imposed on the union’s weakest welfare systems, via austerity and budget cuts. Trade unions consider this a strong sign of solidarity.

Nonetheless, the NGEU budget lacks the indicators to track rigorously the socio-economic performance and social impact of the recovery plan. The national recovery plans are determined by and embedded in the European Semester process, which in principle aims at restructuring to limit budgetary expenses, to the detriment of industrial relations and social protection. Indicators to monitor and address inequalities and social imbalances as well as collective-agreement coverage are underdeveloped. The Conference on the Future of Europe is an opportunity for trade unions to demand accountability for the social impact of the recovery plans—by the integration, for instance, of adequate indicators and tailor-made interventions that target social inequalities and help create an inclusive recovery.

The freedom of European citizens to work and reside in another European country is one of the main pillars of the internal market. But employees working in different member states are often deprived of their rights, suffer ‘wage-dumping’ or are employed without compliance with occupational health-and-safety regulations. Often enough, corporations abuse the freedom to provide services and cheat their way around labour and social standards.

The new EU directive concerning the posting of workers is an important step to fight this practice. It entitles posted workers to the same wage and wage components as workers of the receiving state, guaranteed by national law or collective agreements. However, it remains toothless if not accompanied by enforcement legislation and controls.

Existing EU legislation, as for example the directive concerning the implementation of the prior posting directive, has been watered down by various judgments of the European Court of Justice, considering control measures as an administrative burden on the freedom to provide services. The deplorable result is that a country such as Switzerland feels obliged to refrain from further convergence with the EU, to maintain its good workers´ protection.

The Conference on the Future of Europe should push for effective application of the posted workers directive. Delegates to the conference could for instance take the Swiss flanking measures against undeclared work, Austria’s law on combating wage and social dumping and the French decree of June 2019 on employer obligations as points of reference for Europe-wide controls and regulations accompanying the rights of posted workers.

The single market has undoubtedly benefited European businesses and led to economic growth in Europe. European workers are however still confronted with the lack of pan-European social protection. The Conference on the Future of Europe should call for minimum standards to apply to national unemployment-insurance schemes, as well as an EU-wide unemployment-reinsurance scheme and a basic minimum-income scheme. Another priority must be implementation of the proposed directive on adequate minimum wages.

The aim of all these measures is to ensure European citizens do not fall into poverty in emergencies, to provide good work and working conditions and to better equip all member states to deal with future crises. After all, member states with high standards of social protection and good coverage of collective agreements have demonstrated greater stability and resilience during times of crisis.

These features are equally needed to fight the climate crisis. With the European Green Deal, the EU aims to become CO2-neutral by 2050. The transition to a sustainable economy needs the support and acceptance of workers and should not result in the precarisation of work, rising unemployment or regional neglect. ‘Brexit’ showed that such neglect leads to a dead end.

Delegates to the conference must therefore demand a just transition to a climate-neutral economy, which does not discriminate against employees in sectors affected by structural change. The newly created Just Transition Fund must be expanded and restructuring measures devised in co-operation with the social partners.

The Conference on the Future of Europe is an important chance to insist on the implementation of the European Pillar of Social Rights and initiate a transition to a social union. 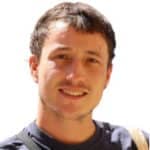 Lukas Wiehler is a masters student at the European University Institute in Florence and at the Hertie School of Governance in Berlin. He is currently working for the Department of European and International affairs at the German Trade Union Confederation (DGB).