An outgoing green MEP reflects on a decade of working for tax justice in the European Parliament and the challenges for her successors. 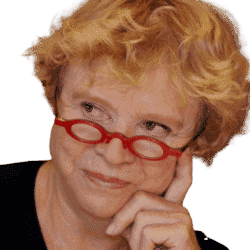 After ten years of fighting in the European Parliament, it is time for me to pass the torch to the determined candidates on the Europe Ecology list. As chair of the Development Committee and then vice-chair of the Commissions of Inquiry on Luxleaks and the Panama Papers, I have made tax justice a priority in my work. I leave my position with a mixture of satisfaction and bitterness.

Satisfaction first, because we have achieved important victories. Whistleblowers, who defend the general interest at risk of their own lives, will now benefit from European protection. Financial crime will be better attacked through the creation of a European Public Prosecutor’s Office to co-ordinate cross-border investigations, for example into VAT fraud, which costs Europe €150 billion each year. I am also pleased that the European Union has finally addressed the central role played by intermediaries—such as banks and tax lawyers—in the tax-evasion industry. From now on, they will have the obligation to transmit to the authorities the plans they draw up on behalf of their clients.

Above all, thanks to the successive revelations of whistleblowers, Europeans have become aware of the extent of the phenomenon. Their voices are rising to put an end to the privileges of a few at the expense of all. It is unbearable for them to learn that Google was able to transfer €19.9 billion to Bermuda in 2017 through a Dutch shell company, simply to end up paying a ridiculously low amount of corporate taxes. In total, the EU loses some €60 billion a year simply by companies transferring profits to tax havens. All this money could be invested in education, healthcare and the fight against climate change.

At the political level, those who still dare to defend the opacity and tax strategies the multinationals and the richest employ to avoid taxes are becoming increasingly rare. I have seen this through the ever-more-ambitious final recommendations of the Commissions of Inquiry on tax evasion between 2015 and 2019.

Much to be done

The bitterness is there, however, because there is still so much to be done. While our ideas for tax justice are gaining ground, they are not always translated into action. The proposal for tax transparency for multinationals is still blocked by member-state governments, while we are entitled to check whether these companies are paying their taxes where they actually do business.

Above all, I regret that Europe has not yet adopted unitary taxation of multinationals, imposing taxes on a multinational as a single entity—which they are in reality—rather than a myriad of so-called independent subsidiaries, as they claim. This would put an end to the sleight of hand which allows companies to declare their profits wherever they want, with the sole purpose of paying almost no tax.

This unitary system, which we defend worldwide within the Independent Commission for the Reform of International Corporate Taxation (ICRICT), would allow tax revenues to be redistributed according to the real activity of multinationals in each country. Tax evasion costs the EU 20 per cent of its corporate tax revenue each year, so we are not talking about small potatoes.

It is also a challenge for developing countries, which suffer most from the aggressive tax strategies of multinationals. For example, the Tax Justice Network has just revealed that the giant British American Tobacco artificially declared part of its profits in a British subsidiary, where it is exempt from tax. If nothing changes, the company will have avoided paying €625 million by 2030 to Bangladesh, Indonesia, Kenya, Guyana, Brazil and Trinidad and Tobago. Without transparency and unitary taxation, multinationals will be able to continue to plunder poor countries from the global south.

Despite the fact that the European Parliament has come out very broadly in favour of unitary taxation of multinationals, governments are reluctant to take the plunge. It is only a matter of political will, however, and the next parliament will have to continue the fight.

If we continue to come up against lack of unanimity in tax decisions, it is enough to prove that aggressive tax optimisation is a distortion of competition, as the commission’s landmark decision in 2016 to order Apple to reimburse €13 billion to Ireland has already shown. When it comes to competition issues, a majority of countries within the union is sufficient.

After years of silence, even the Organisation for Economic Co-operation and Development has acknowledged the need for corporate-tax reform. Europe has the means to advance tax justice. It must lead the way today.

For ten years, I have defended the vision of a fairer Europe, that puts an end to the impunity of the powerful. I have acted for a Europe that defends the general interest rather than multinationals, for a more united and sustainable future. The Europe of tax justice is within reach—let us seize it. 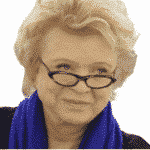