The European Parliament’s support for a pan-European constituency could transform the 2024 elections.

On May 3rd the European Parliament adopted a proposal on a new European electoral law—a fundamental step to improve the European public sphere and to deepen involvement of European citizens in the union’s democracy. It would ideally apply to the 2024 European elections.

There are many reasons to press such a reform. In the decade after the Lisbon treaty came into force at the end of the 2000s, a confluence of factors highlighted the urgent need to strengthen common action by our union and update its constitutional framework: the inequality enhanced by the eurozone crisis, the challenges at our borders, the climate emergency, the digitalisation of our societies and the transformation of labour relations. Then came the pandemic and its consequences—the unprecedented issuance of European federal debt, to fund the recovery plan, and progress towards a health union—and, on top, Vladimir Putin’s aggression against Ukraine. Institutional innovations are needed to consolidate a European public sphere and enhance European democracy. Among them is a new electoral system, with clearer rules.

There is currently no uniform procedure for elections to the European Parliament, though that would be compatible with the treaty. This results in important inconsistencies—in when candidates are nominated, periods for campaigning, voting days, methods for allocating seats, and the age to exercise active and passive suffrage, among others. On the suffrage agenda of this reform is, for example, to eliminate the obstacles to the right to vote for persons with disabilities and those European citizens who live in a different country.

The political dimension of the elections is even more relevant: it is still difficult to generate a pan-European debate that moves beyond the paradigm of 27 simultaneous national elections, which often revolve around domestic issues or are used to hold national governments to account. Consequently, European political parties are weaker, taking the form of loose confederations of national parties, and cannot campaign in the elections as such.

This proposal to tackle the need for pan-European debate is timely, considering the window of opportunity opened by the 2019 European elections. Turnout increased for the first time since direct elections to the parliament begain in 1979, exceeding 200 million votes and the symbolic threshold of 50 per cent, with higher participation by young people. Several topics, such as climate change, were common themes during the campaign.

Yet although the European parties each presented fairly detailed programmes and a candidate for president of the European Commission, the vast majority of voters remained unaware of the Spitzenkandidaten. Neither their image nor their party logo appeared on brochures and electoral advertising, nor on the ballot papers.

The proposal adopted by the parliament envisages an additional, pan-European constituency of 28 seats (there are currently 705 seats distributed among the member states). It would accomplish three important and interrelated objectives.

First, the European parties would be strengthened, selecting candidates from different member states, campaigning in support of them and the party’s programme, bearing their own logos. These candidates would campaign throughout Europe, not only in their states of origin or residence. That in itself would contribute to the second goal of union-wide lists, to engender a pan-European political and electoral debate across the EU, transcending the national containers of 27 parallel elections.

Thirdly, the Spitzenkandidaten principle, rehearsed in 2014 and 2019, would become a reality. Voters in every country would face two ballot boxes: one to express their choice among the domestic alternatives and another for their selection from the union-wide list—carrying the European party’s logo and headed by the Spitzenkandidat representing its political family.

Finally, the European parties would have to respect geographical and gender balance (including via a ‘zipped’ list or gender quota) when drawing up their union-wide list. The parliament supported a closed-list system (focused on parties rather than individuals), using the d’Hondt proportionality formula for the allocation of seats—the most common procedure among the member states. An independent European Electoral Authority, with financial autonomy and led by impartial individuals, would supervise the electoral process.

A union-wide constituency was one of the priorities advanced by citizens in the Conference on the Future of Europe. In this innovative and democratic exercise, which ended on May 9th, citizens and civil-society organizations made their voices heard via a multilingual platform, a European youth event and citizens’ panels.

Particularly relevant here is recommendation 16 from panel two, on EU democracy, values, rights, rule of law and security. It requested ‘an election law that harmonizes electoral conditions’ and said that ‘European citizens should have the right to vote for different European Union level parties that each consist of candidates from multiple Member States’. This request was included in the conclusions of the conference—and now the parliament has given its imprimatur to the will of the citizens.

The parliament adopted the legislative report for which I was responsible, with no changes and a solid majority (323-262 for the draft legislative text and 331-257 for the attached resolution). The baton now passes to the Council of the EU.

The geographical-balance rule in the adopted proposal was to ensure candidates from the most populous states, whose parties tend to be more influential, did not dominate composition of the union-wide lists to the detriment of those from medium and small states. We expect this rule will also garner support in the council, representing the member states, favouring unanimous agreement.

With this proposal, the elections to the European Parliament in 2024 could become a milestone in the federalisation of the union’s political system—stimulating greater public interest and adding legitimacy and strength to our European democracy. 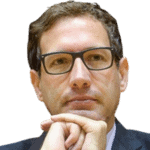 Domènec Ruiz Devesa MEP is the European Parliament rapporteur on European electoral law. He is spokesperson for the Socialists and Democrats in the Committee on Constitutional Affairs and has been a member of the working group on European democracy in the Conference on the Future of Europe. He is vice-president of the Union of European Federalists.