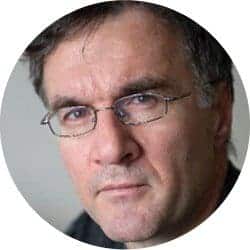 Eight years after the eruption of the public debt crisis and having meanwhile implemented three consecutive economic adjustment programs, Greece is at a crossroads. Despite the Greek authorities’ statements about a ‘clean exit from the Memoranda’, public debate inside and outside the country and especially creditors’ views about Greece’s post-program period create serious concerns and uncertainty as to whether this coming August will mark a new era for the country. The economic conditions seem to reinforce these concerns. Despite notable fiscal consolidation, GDP growth remains subdued and fragile on the back of eroded private sector balance sheets, sluggish export performance, disinvestment and high unemployment. What prospects for the near future of the Greek economy? 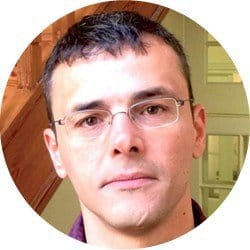 Greece should immediately escape from the ‘solvency trap’ ensuing from its high and unsustainable primary fiscal surpluses and public debt. Brightening the country’s fiscal prospects – vital for re-establishing an institutional connection with financial markets – requires restoring its solvency and credibility profile. This relies on two crucial factors: First, a credible debt-restructuring scheme that would bring about a sensible time series of serviceable debt obligations. This, in turn, can only be achieved by a combination of sustainable primary fiscal surpluses and debt refinancing on private bond markets.

Second, a reasonable refinancing cost that would keep Greece’s cash outflows manageable, thus preventing a new solvency crisis. To this end, what is required is a credible reduction in the public sector’s gross financing needs, together with sustainable economic growth for years to come. Such conditions would allow Greece to gain continuous access to liquidity. The presence of a long-term liquidity guarantee mechanism could also reduce the cost of country’s refinancing needs.

Yet, the problem is that the current peculiar architecture of the EMU by no means provides such access to guaranteed liquidity. As is well known, the ECB lacks a fully-fledged function as ‘lender of last resort’, thereby failing to operate as a proper central bank of a functioning monetary union. Admittedly, a precautionary credit line could potentially offer Greece the safety net of liquidity guarantee. Using this tool, however, would be in place for merely a very short period of time. Consequently, it would fail to reduce the country’s credit risk in a market that usually trades medium- and long-term liabilities, especially if it is conditionally accompanied by new austerity measures. Thus, given the absence of some sort of European Monetary Fund, Greece’s safety margins for new borrowing would ultimately depend on its pending new financing architecture and its growth performance.

Gearing Greece onto a sustainable growth trajectory entails the full reversal of any recessionary dynamics and the activation of endogenous mechanisms of income and liquidity creation. This inevitably calls for the abandonment of austerity. Over the last eight years, the Greek economy and society have witnessed the detrimental consequences of neoliberal macroeconomic adjustment. Indeed, the neoliberal agenda has succeeded in doing almost nothing but in skyrocketing the public debt-to-GDP ratio, changing income distribution, causing a dramatic contraction of jobs, investment and economic activity, thus severely damaging growth potential. More worryingly, Greece has already agreed to adopt in 2019 and 2020 an extra set of austerity measures (i.e. further pension cuts and a reduction in the income tax threshold) ordered by creditors. If not suspended or even phased in progressively, these measures will trigger a new recessionary shock, thus putting strains on Greece’s solvency in the markets and hence on its debt refinancing costs.

Given Greece’s feeble productive capacity and insufficient export performance over the past few years, investment and households’ disposable income are today the only available sources that could endogenously create growth, income and liquidity flows and restore financial stability. Yet, despite its indisputably positive effects, investment is at the same time the most erratic macroeconomic variable. Thus, stimulating investment has nothing to do with wishful thinking or appeals for foreign direct investment. This approach is arguably far from being a part of a coherent short-term growth strategy. In fact, the grim business, financial and macroeconomic landscape today in Greece does not leave much room for optimism for a quick rebound of investment spending any time soon.

Against this backdrop, the only real option currently available to stimulate effective demand and growth is the rise of disposable income. For that reason, Greece urgently needs new and high quality jobs, along with an increase in employee earnings and a reduction in households’ tax burden. In this context, the increase in the minimum wage, coupled with the restoration of collective and sectoral agreements, could become highly instrumental in expanding GDP, improving the country’s solvency and credibility and thereby lessening debt refinancing costs. Unfortunately, creditors’ obsessive rejection of this policy option reveals their failure to realize the current state and idiosyncratic features of the Greek economy. At the present juncture, this obsession is not only unreasonable, but also detrimental given creditors’ stated intention to take Greece out of the bail-out programs and lead it towards market financing.

All indications suggest that in the coming weeks Greece will not be granted debt restructuring of the type and scale required to restore fiscal solvency and sustainability. This is, however, not surprising in the current architecture of the EMU and the existing balance of power within it. Besides, the option put forward by Greek officials of a ‘clean exit’ and a return to market financing conceals serious pitfalls since it would sooner or later build up a privately-held structure of public debt exposed to higher financing costs, thereby sustaining Greece’s credit risk and policy constraints. This danger is considerably inflated by the absence of appropriate liquidity guarantee institutions in the EMU, as well as by creditors’ obsession with austerity that damages the country’s growth prospects.

Hence, it is highly probable that the post-program surveillance framework for Greece will manifest its ‘growth wisdom’ merely by monitoring the implementation of all the pre-agreed austerity measures, in a futile anticipation of their “confidence-boosting” effects. Besides, this purely political choice will obviously block employment of the sorely needed endogenous income-generating mechanisms in the country, thereby further impairing its growth performance and financial stability with detrimental effects on public debt refinancing costs. The extent of these macro-financial repercussions will eventually define the scale of the cost to Greece in the coming months, but also the scale of the credibility crisis in EU economic governance.