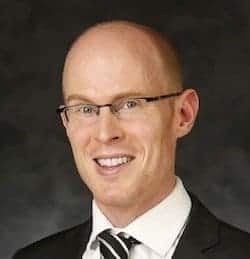 Some people receive benefits they are not entitled to. However, the opposite problem seems much more common: many people in Europe do not receive the benefits they are entitled to under national laws. Public debate has focused on the first issue, while the second has been largely ignored. Eurofound’s research on ‘access to benefits’ addresses this deficiency.

More qualitative evidence from Eurofound’s forthcoming report confirms that the issue affects many people in vulnerable situations across Member States.

Is this gap between benefit receipt and entitlements a problem?

Non-take-up of social benefits may seem good for public purses. Furthermore, the term ‘non-take-up’ suggests that people decide themselves not to take up a benefit. Why would that be a problem?

Non-take-up is indeed not always equally problematic, for example when relatively high-income groups choose not to claim very small benefits. However, non-take-up may not be a choice, or people may feel ashamed in claiming benefits. Regardless of these considerations, non-take-up can be problematic for the following reasons:

[s]ocial protection systems should be designed in a way that facilitate take up of all persons entitled”, contributing to “[e]nsuring fairness, combatting poverty and promoting equal opportunities.

Why do benefits not reach those who are entiled to them?

In different contexts, similar sets of reasons can explain non-take-up among groups in vulnerable situtions:

How to reduce non-take-up, and administrative cost?

Eurofound’s forthcoming report looks into case studies of initiatives which have sought to reduce non-take-up. They aim to improve administration or information provision.

Some initiatives not only reduce non-take-up, but they also reduce administrative costs by simplifying application procedures. Similarly, improved information provision can also decrease administrative costs, as they not only clarify whether people are entitled to benefits, but also if they are not, thus reducing the number of (and costs of processing) rejections.

The final report of Eurofound’s study will be published here in Autumn 2015. A previous working paper can already be downloaded.