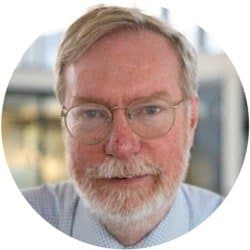 Part of the world is still awash with conflict and poverty. Europe is a haven of peace and prosperity. Unsurprisingly, many people whose home is in the former wish to live in the latter. European policy towards these desires is catastrophically muddled. Yet solutions are not difficult.

I will focus on displaced Syrians who comprise around 40 per cent of the boat people, the largest single component. Around 10 million Syrians are displaced; of these around 5 million have fled Syria. The 5 million displaced still in Syria should not be forgotten: just because they have not left does not imply that their situation is less difficult: they may simply have fewer options. Genuine solutions should aim to help them too. Of the other 5 million who have fled Syria, around 2 per cent get on boats for Europe. This small group is unlikely to be the most needy: to get a place on a boat you need to be highly mobile, and sufficiently affluent to pay several thousand dollars to a crook. A genuine solution must work for the 98 per cent as well as for the 2 per cent. Most of these people are refugees in neighbouring countries: Jordan, Lebanon and Turkey. Giving these people better lives is the heart of the problem.

Recently I visited Jordan’s largest refugee camp, Za’atari. Working on Africa I was pleasantly surprised by the material quality of life: UNHCR cares for people well. But people are not allowed to work: as a result the camp is a giant ‘Benefits Street’ in which people lose not just their homes but their autonomy. Being jobless, heads of household gradually lose authority: daughters drift into prostitution; sons drift back to Syria and the lure of the well-paying armed groups. It is vital that refugees should work, but understandably Jordan is unwilling to allow them to compete with Jordanians for local jobs: most scratch a living in illegal fringe employment. Equally understandably, given the distinctive and intricate system of legitimate authority that Jordan has achieved in a region beset by disorder, it is unwilling for Syrians to settle permanently. In any case, Syrian refugees do not want to settle in Jordan: they long to return to their homes in Syria.

The solution to this tragedy of displacement is for the EU to begin now to incubate the post-conflict Syrian economic recovery. If Syria follows the normal pattern of conflict, within the next few years parts of the country will return to peace. But post-conflict peace is often insecure: jobs recovery is stabilizing. We can incubate Syrian post-conflict recovery now by creating havens of employment in neighbouring countries. For example, just ten minutes from Za’atari is a huge, virtually empty industrial zone, fully equipped with infrastructure. This could become both a haven for Syrian businesses that cannot continue to function at home, and a cluster of global companies producing for the European market, employing both Syrians and Jordanians. The EU could pump-prime this with a combination of finance and privileged market access.

As peace returns to Syria, these businesses could relocate with their returning Syrian workforce, while also continuing to prosper in Jordan with their Jordanian workforce. The Jordanian authorities would be supportive of this approach because it offers both a credible alternative to the permanent settlement which they fear, and attracts global firms to Jordan. The model could be replicated across Syria’s neighbours: to be effective, incubation should be as close to Syria as possible. It would bring credible hope to the internationally displaced 5 million, but also to the internally displaced 5 million: safe havens across the border would be more attractive and the recovery, when it comes, would be more rapid. It would cost the EU serious money, but it would be a morally well-grounded alternative to the present disgrace.

The boat people are the result of a shameful policy in which the duty of rescue has become detached from an equally compelling moral rule: ‘thou shall not tempt’. Currently, the EU offers Syrians the prospect of heaven (life in Germany), but only if they first pay a crook and risk their lives. Only 2 percent succumb to this temptation, but inevitably in the process thousands drown. This policy is so irresponsible that it is morally closer to the recklessness of manslaughter than to the virtue of rescue. It showers fortune on the few, kills thousands, and ignores millions. Of course those in sinking boats must be fished out of the sea, but they should then be placed in safe refugee camps offering jobs now and the prospect of return to Syria upon the return of peace. Only once this policy is instituted will the EU have moral peace of mind. It will be addressing the displacement crisis appropriately, and there will be no drowning: people will be rescued without the need to get on a boat.