As with the coronavirus, the global north needs to recognise its interdependence with Africa when it comes to financial flows.

Alpha, beta, gamma, delta, omicron … How many more letters of the Greek alphabet, symbolising the variants of Covid-19, will the world have to endure?

While southern Africa was once again the victim of an ultimately unnecessary and unfair border closure late last year, a handful of wealthy countries continue to oppose the demand to lift patents on vaccines and treatments for the virus. Of course, this vaccine selfishness is taking its toll on poor countries, but it is also returning like a boomerang to the better-off, with new waves of the virus becoming much more contagious and vaccine-resistant.

This cynicism and blindness are also reflected in the financial flows between the global north and south. On paper, rich countries multiply development aid and direct investments in Africa. In reality, they turn a blind eye to an international system which systematically plunders the continent for the benefit of an elite and of large corporations.

Over the past five decades, sub-Saharan Africa has lost more than $2 trillion to capital flight. This haemorrhage has accelerated since the turn of the century, averaging $65 billion a year, a sum which exceeds annual inflows of official development aid.

In the imaginary world of a perfect market economy, natural resources would be a blessing and capital would flow to the countries where it is most scarce. Africa would be a net recipient. The Angolan people would prosper from the proceeds of oil extraction, Ivorians would thrive as the world’s top cocoa exporter (45 per cent of global production) and South Africans would enjoy the fruits of mineral abundance.

Yet these countries rich in natural resources have disappointing development outcomes, as we reveal in our forthcoming book, On the Trail of Capital Flight from Africa: The Takers and the Enablers. Natural resources are instead a hunting ground for quick wealth extraction and offshore accumulation.

Cross-border capital flows are driven, not by relative scarcity in Africa but by the relative secrecy creditors can enjoy in foreign havens. Foreign loans are often shabby and have little developmental impact—even when they do not evaporate into thin air. In Mozambique’s ‘hidden debt’ scandal, for example, a $2 billion loan (equivalent to 12 per cent of gross domestic product), structured by government officials, European bankers and middle-eastern businessmen, never even arrived, yet the country is on the hook to repay it with interest.

In Angola, oil extraction has only served to enrich the elite and multinational oil companies. From 1986 to 2018, the country lost $103 billion through capital flight, equivalent to its GDP in the latter year. Meanwhile, only 7 per cent of rural Angolans have access to electricity and nearly half the population lack access to drinking water and basic sanitation.

Similarly, most of Côte d’Ivoire’s cocoa farmers live below the poverty line, while the country saw an estimated capital flight of $55 billion between 1970 and 2018. In the same period, some $329 billion vanished in South Africa. There, the systematic under-invoicing of mineral exports accounted for much of the poor performance in terms of growth, savings, domestic investment and poverty reduction, in what is branded (given its Gini coefficient of income inequality) as ‘the world’s most unequal country’.

Beyond the numbers, we show in our book how national elites are aided and abetted by external banks, accountants and consulting firms to orchestrate capital flight from African countries. The politics of the ‘resource curse’ undermine the fiscal contract between the state and the public. When a state derives the bulk of its revenue from parastatal monopolies, supplemented by external loans, its foreign collaborators, rather than its own citizens, become its main constituency.

Co-ordinated regional and global efforts are needed to combat capital flight, corruption and corporate tax evasion. The courageous work of the International Consortium of Investigative Journalists and other organisations has shed light on the underground networks of profiteers and enablers.

Much remains to be done and the ambition is not commensurate with the need, as is demonstrated by the adoption of a global tax agreement last October, imposed by the rich countries. Its main measure—a worldwide corporate tax of just 15 per cent—shows that northern capitals remain more responsive to the rhetoric of multinationals than to the needs of developing countries.

The Independent Commission for the Reform of International Corporate Taxation (ICRICT), of which one of us is a member along with economists such as Thomas Piketty, Gabriel Zucman, José Antonio Ocampo and Jayati Ghosh, advocated a rate of 25 per cent. The Tax Justice Network estimates that $483 billion is lost each year to tax abuse by multinationals and wealthy individuals and, according to Zucman, a 25 per cent minimum corporate-tax rate would raise a similar amount globally. A 15 per cent rate would generate no more than $150 billion in additional resources per year, most of it captured by rich countries.

As with the Covid-19 vaccine, this is a very short-term calculation. Only vaccine solidarity will stop the variants that will otherwise prolong this pandemic indefinitely. And it is only by really attacking the plundering of the resources of the south that we shall allow developing countries to develop and avoid a social explosion and forced migrations.

It is also the only way to allow them to face the climate emergency—again with positive consequences for all.

Léonce Ndikumana is professor of economics and director of the African Development Policy Programme at the Institute for Economic Research at the University of Massachusetts. He is also a member of the Independent Commission for the Reform of International Corporate Tax (ICRICT). 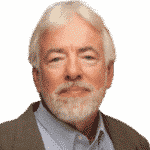 James K Boyce is a professor emeritus and senior fellow at the Political Economy Research Institute at the University of Massachusetts Amherst.