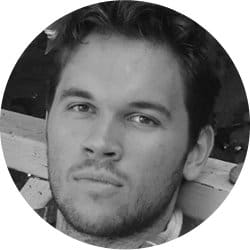 Things look grim for the Swedish left when it comes to the upcoming elections, September 9.

Polls suggest that two thirds of the next parliament will be hostile towards the Swedish working class and labour movement. Five right-wing parties are poised to change labour laws, create a low wage sector and weaken the power of unions, with the “Moderates” returning to office.

The Social Democrats, who historically took around 40 to 45 percent of voters’ support, will only receive around a quarter of the votes. In the meantime, the Sweden Democrats, a xenophobic right-wing populist party once openly sympathetic to Nazism, will garner roughly 20 percent. As in many other countries, right-wing populism has been on the rise and the Sweden Democrats didn’t even exist in parliament before 2010. Now it is poised to be one of the biggest parties in the country.

It seems counterintuitive that only a third of Swedish citizens vote for progressive politics (i.e. vote for either of the nation’s two left-wing parties), since income equality has increased significantly in recent decades. Moreover, a new Swedish research project shows some unanticipated results concerning contemporary Swedish class-based society.

The working class is still there

Sociologically, roughly 50 percent of employed Swedish citizens are defined as working class. They work either in traditional blue-collar occupations or as low-ranking civil servants, while 41 percent are employed in typical middle-class professions.

In a Marxist sense, more than 90 percent of Swedes have to sell their labour for an income while a handful are part of the traditional capitalist class, which lives on rents, yields, dividends and interest on their abundant wealth. Most notable are the top economic elite or the infamous 15 investor families that have featured in academic studies, business magazines and government reports since the 1960s. These families collectively control 70 percent of the Stockholm stock market, which is fairly unprecedented in OECD countries. At the top of the pyramid sits the Wallenberg family, which controls 40 percent of the stock market, major companies in the defense and engineering industry, one of the nation’s big banks and the largest private equity company.

Sweden also hosts a wealthy and somewhat invisible “1 percent”, to echo slogans of recent social movements and presidential races in the US. The richest 1 percent in Sweden captured a 20 percent share of private wealth in 1978; In 2006, this had increased to 40 percent; it’s almost certainly higher now.

The Class project, one source of such information, also focuses on non-economic questions such as class and health. The richest 10 percent of males live almost a decade longer than the poorest 10 percent, while a strong correlation exists between high income and life expectancy.

When it comes to the media, the working class is usually marginalized politically or negatively depicted in reality shows.

Race and gender are brought up and the majority of 21st century working class members are women while many are born outside Sweden and, moreover, outside Europe.

The research project on class in contemporary Swedish society was launched by the progressive think tank Katalys, winner of the Think Tank awards by Prospect Magazine for best European social think tank, roughly two years ago. Led by renowned sociologist and authority on studies into class, Göran Therborn, 20 class-related academic articles have been published by some 40 researchers on topics ranging from health, media representation, rural issues, workplace conditions and economic power and wealth.

A short-term objective is to shift the public debate leftwards up to and including the general election. Katalys also wants to increase the class issue within political discourse and to raise class consciousness among Swedish citizens in general. In public lectures, Daniel Suhonen, Swedish social democrat and chairman of Katalys, raises some key questions related to both these:

Internationally perceived as a bastion of egalitarian values, a strong social democratic culture and generous welfare state, Sweden has, like most other western societies, turned rightwards politically in recent decades. No major progressive reform has been launched in over 30 years, and instead a long list of neoliberal policies has been introduced by conservative and social democratic governments alike. Swedish governments have scrapped taxes on wealth, income, inheritance and property and practiced fiscal conservatism since the 1990s. The nation now hosts the world’s most neoliberal school system and Forbes recently highlighted Sweden as “the best country to do business in”.

These policies have come at a cost. Welfare services are of lower quality and are more unequally distributed than before. Full employment has not been achieved since the 1980s. An increasing part of the population is now un-or underemployed.

Some argue that the absence of left-wing rhetoric and ambitions has left many sympathisers feeling disenfranchised with the Social Democrats. Many formerly social democratic sympathisers have quit the party. The “Swedish Trade Union Confederation, or LO, the nation’s powerful blue-collar union with 1.5 million members, has almost as many Sweden Democratic supporters as social democratic supporters. As in most other countries, migration and crime are the major issues in the upcoming elections. The next government will most likely be run by the Conservative (‘Moderates’) party as the Sweden Democrats eat into social democrat party (SAP) votes.

Social democratic movements and governments have traditionally based their rhetoric and policies on class. Not necessarily because of their desire for class conflict but owing to real class contradictions. The overt and covert, legal and illegal, acts of union busting, lobbying to hinder minimum wage laws and other worker-friendly legislation, and political opposition against welfare policies and redistribution of wealth and income by conservative governments and employers are all examples of class conflicts which social democratic movements originally fought against and are required to do so again.

Socio-economic questions like class are conflicting with socio-cultural questions such as identity related to nationality. Some Sweden Democrats voters are traditional social democratic voters who politically stand to the left on economic issues. Opinion polls show that a wide majority of Swedes, roughly 80 percent, still thinks that Sweden is a class-based society. By raising the class component, Suhonen thinks that the true power dimensions of society are laid bare and this raises the potential for political mobilization.

As one Katalys report proclaims: “The majority of employees belong to the working class. Meanwhile, your class adherence still decides your degree of employment security, working conditions, your health, your life expectancy, if you are represented in media, your political power, and your inheritance of capital and wealth. Together with gender and country of birth, class is another factor of power and status that affects the working conditions of women and ethnic minority individuals, their position on the labour market, and their employment security. In some ways current class structures are equally static and strong or even more cemented than in class society of earlier decades.”

Class-based societies are set to prevail domestically and globally throughout the 21st century. Race, citizenship and identity based on nationality are currently more frequently discussed issues than the social and economic stratum of society. The question remains – to what extent will class rhetoric, class politics and class mobilisation be used to change society and the political landscape in future?