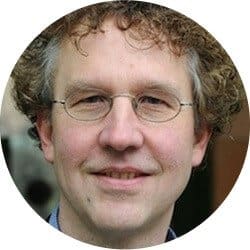 Will the ‘freedom of establishment’ – one of the basic freedoms in the Treaty on the Functioning of the European Union (TFEU) – mean that companies can pick and choose the national regulatory regime most favourable to them? Or will it mean that companies will be constrained in their ability to avoid taxation and workers’ rights when reorganizing across borders?

This is the issue at stake in the EU Company Mobility package, a legislative proposal published at the end of April by the European Commission. It is designed to regulate the spectrum of types of cross-border company restructuring and also requires the digitalization of communication between companies and company registries, making it the most significant EU company law proposal since the Company Action Plan of 2003. This issue has been lent additional urgency by the Polbud decision by the European Court of Justice (ECJ) last October, which some experts believe greatly restricts the ability of countries to regulate letterbox companies.

The Company Mobility Package consists of two proposed Directives. The first Directive seeks to promote the ‘digitalization of company law’ by requiring that all Member States allow companies to be founded online without requiring the founders’ physical presence. The Commission and business associations argue that such digitalization could lead to major cost savings. However, the risk is that easing the cross-border foundation of letterbox companies, coupled with the difficulty of verifying the identities of firm owners in the absence of face-to-face meetings with third parties such as notaries, could greatly increase the potential for fraudulent cross-border activities.

The second proposed Directive specifies rules for three types of cross-border company reorganisations: cross-border mergers, i.e. the merging of one or more companies into a company in another country; cross-border divisions, i.e. the splitting up of a company into two or more companies located in different countries; and cross-border conversions, i.e. the transfer of a company’s registered address from one country to another and the adoption of a legal form from the new country. Common to these three types of reorganisations is the fact that all of them can result in a major change in the regulatory regime applying to the ‘real’ activities (production, employment, etc.) in the company.

Important aspects of regulation (including worker participation rights and taxation of corporate profits) are determined by the laws of the country in which a company is registered – not necessarily the country in which the company’s real activities are located. The most extreme case of this divergence is the letterbox company, whose registered office is in a country in which it has no real activities. The clear danger for labour standards and taxation is the ability of companies to use cross-border restructuring to ‘pick and choose’ between different regulatory regimes. As an example, a German Aktiengesellschaft (joint-stock company), which normally must include worker representatives in its supervisory board if it has more than 500 workers, might be able to escape employee participation through conversion to a legal form which does not require workers on the board, e.g. an Irish plc.

The proposed Company Mobility Package walks a tightrope between two opposed forces. On the one hand, neoliberals focus on the ‘freedom of establishment’, which is enshrined in Articles 49 and 54 of the TFEU). A set of ECJ decisions has been instrumental in expanding the freedom of establishment in practice by restricting Member States’ ability to put restrictions on cross-border company restructuring. The most recent of these is the Polbud case, in which the court ruled last October that the Polish authorities were not allowed to prevent a Polish firm from converting into a Luxembourg company, even though the firm had no real activities in Luxembourg. The ruling has raised the spectre of a mass conversion of companies based in ‘high standard’ countries into legal forms from countries with lower labour standards and taxation regimes.

On the other hand, the negative impact that the freedom of establishment is having on Social Europe is becoming increasingly clear. This is especially true of tax avoidance, as recent scandals such as Panama Papers, LuxLeaks and Paradise Papers have demonstrated to the public the widespread use of cross-border arrangements to legally or illegally reduce tax payments. Awareness has also increased regarding the use of cross-border arrangements to reduce labour costs and avoid labour standards. A recent study by the European Trade Union Confederation (ETUC) shows that letterbox companies have become part of the business model in many companies in sectors such as transportation and construction. The freedom of establishment has also helped approximately 100 companies based in Germany to avoid board level employee representation to use foreign company legal forms (Sick 2015).

The European Commission has responded to these contradictory pressures by including in the Company Mobility Package measures to protect worker participation and to restrict the formation of letterbox companies for the purpose of avoiding taxes and labour standards. One of these measures is the requirement that an independent expert verify that companies have real activities in the country to which they want to ‘move’. These measures stand in stark contrast to other Commission company law proposals over the past decade, such as the SUP (Societas Unius Personae), which lacked such protections. To be sure, the protections proposed in the Mobility Package fall short of demands that the ETUC and the tax justice movement have made. The strengthening of these provisions through amendment in the European Parliament will be a crucial determinant of the way the freedom of establishment will impact Social Europe in future.

Sigurt Vitols is a senior researcher at the Wissenschaftszentrum Berlin für Sozialforschung and an associate researcher at the European Trade Union Institute. His research focuses on corporate governance, worker participation, company law and sustainability. He was nominated by the ETUC as the (only) trade union representative on the EFRAG project task force on preparatory work on possible non-financial reporting standards.