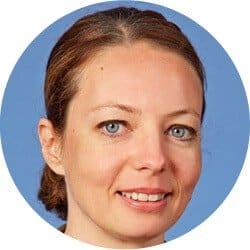 Economic policy has predominantly been run on neoliberal lines, notably since the 1970s. This trend has manifested itself in the liberalization of markets, cuts in public investment, de-regulation, privatization and marginalization of trade unions. The credo runs: The less government interferes in the market and the more it improves the framework conditions for companies (aka supply side), the better for the economy. Growth should then slowly percolate down to the least privileged people (“trickle-down-effect”). The results have fallen way short of expectations – and turned out to be quite the opposite!

The Limits of Globalization

Within global competition some countries manage to export more than they import. However, Keynes argued some time ago that this could only happen at the expense of other countries. The assumption that market liberalization leads to economic growth is also questionable, as declining wages come alongside constantly reduced global demand. Whereas within traditional governance structures the role and influence of the state, business and workforce were held in comparative equilibrium, the balance of power has shifted in favor of global corporations. They are free to choose the most favorable location, for example, where they expect short-term advantages because of weak workers´ rights. Some highly mobile international investors confront and take on billions of working people.

The financial crisis aggravated this trend in many European countries. Also from a global perspective, the situation is alarming, particularly on the African continent. Within this context, Jeremy Corbyn’s demand during the British election campaign “for the many, not the few” should be a global rallying call.

The weakness of the European Union

The European Parliament as the only democratically legitimized EU institution has of course co-decision powers, but less governmental competence compared to the European Council or Commission, which is the only European institution empowered to initiate legislation.

EU economic policy relies strongly on competition among its member states, which also contributes to extreme disparities among them, culminating in the Euro crisis. Neoliberal policy became firmly entrenched during the “fight against the crisis”. At the same time, the very obvious lack of democracy actually increased. National governments marginalized the European Parliament and shifted the “fight against the crisis” to the European Council, where economically stronger states could better play off their power. A national perspective dominates the discussion.

Right wing populism as an answer to failed anti-crisis policy

This assault on EU political sovereignty and democratic legitimation is grist to the mill of those who support reversion to national solutions. Germany in particular is said to be in control of the EU’s entire economic policy. The fear of “German hegemony” became an issue in the Brexit referendum campaign.

Governments of EU member states often convey the notion that certain things cannot be changed as they are bound under European or international law or treaties. This uncertainty as to where competence lies leads to a feeling of powerlessness among citizens and facilitates the rise of right-wing movements, which reclaim the capacity to act and sort out problems.

Moreover, the “rescue packages” have generated the feeling that European citizens of economically stronger states “have to pay” for those living in economically weaker countries. All this has an increasingly negative impact on the enthusiasm for European integration. Additionally, the EU’s policy for combatting the crisis provoked a distribution conflict among workers from different member states caused by social and wage dumping without addressing the extreme inequality of income and wealth in general.

Far right populists capture the way to interpret these various crises from a nationalistic point of view and fuel it by presenting the results of the failed neoliberal policies as consequences of competition among national states, religions, ethnics, etc. They thereby push out of sight the systemic correlations explained above. At the same time, they often take an economic-liberal (in Austria) or state monopolist (in France) stance when it comes to social and economic policy issues, for example, on weakening trade unions.

The following countries are in focus regarding tendencies towards renationalizing politics:

Nationalist-conservative parties form the governments of Hungary and Poland. In Hungary, Fidesz achieved an absolute majority in 2010, in Poland the Party of Law and Justice (PiS) in 2015. Hence, the heads of government, Victor Orban and Beata Szydlo, take part in the influential European Council.

In France and Netherlands, the defeat of the right-wing populists in the recent elections did not eradicate the danger of their taking power. It might only represent a delay. In Italy, Denmark and Austria, populist right-wing parties have been an integral part of the political landscape for several years. In Germany, Sweden and Finland, right-wing populists may enjoy a massive upturn, but are still rejected as coalition partners. The German parliamentary elections later this year will serve as an important guide to the future of Germany and Europe, when most probably Alternative für Deutschland enters parliament.

Neither holding on to neoliberalism, nor renationalization, nor cosmetic reforms, nor individual measures are the correct answers to the current crisis. Social partners and the European trade unions have repeatedly proposed a package of necessary measures:

Overall, we need a balanced policy to reduce wealth disparities and facilitate positive integration within a socially oriented Europe. The improvement in living standards, enshrined as a target in the EU Treaty, must figure as a priority. Wealth disparity must be discussed in a European/global context. A fair balance between the interests of corporations, the wealthy economic elite and the majority of people of all countries must be achieved.

Right-wing populism and renationalization are exactly the wrong answers to the consequences of neo-liberalism. A socially progressive policy and democratization can only be implemented in solidarity.

The article is a short version of an article published in WISO 1/2017. 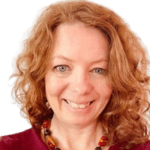 Judith Vorbach is a member of the European Economic and Social Committee Workers' Group and chief economist of the Austrian Chamber of Labour.