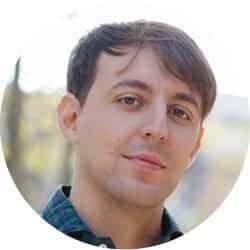 Donald Trump’s victory has sent the liberal world order into a tailspin. We are not just facing a wake-up call; this wave of authoritarian national populism with shades of protectionism has stormed the castle walls. A racist president, unpredictable and misogynist, who defends a white isolated “America”, is about to take leadership of the first country in the developed world. The rebellion against the elites is complete, taking the guise of a vindication of the white man’s burden. And this is happening after numerous indications of anger and discontent over the direction which globalization has taken. Just look at Brexit.

It is time to rethink the last great bastion of open and tolerant societies: Europe. A Europe battered by the effects of the economic crisis and in a process of deconstruction, haunted by the same ills and tics that affect many western democracies. The Italian referendum demonstrates again the cholera associated with ballots – and the elections in France in April/May 2017 will be our acid test. But it is urgently necessary to reconstruct the European Project, dealing with the causes which have led us to this mess, as Trump’s victory certifies the death of the neoliberal consensus (both geo-strategic and economic) which emerged after the fall of the Berlin wall.

Globalization has allowed millions of people to escape from poverty, with Asia the greatest beneficiary in recent decades. Yet, at the same time, the middle classes and working classes of more developed countries perceive that they are missing out on their just share of the pie, with their standard of living falling. To all that we must add the mechanisms of national redistribution, which would normally soften this effect but are in fact seized up and damaged from the “logic” of austerity. A very unequal distribution of the benefits is pulling our institutions apart at the seams.

This new era of inequality is fertile ground for strong criticism of the elites and a hunt for scapegoats. An inequality worsened by changes in the labor market, more insecurity and more badly paid jobs, as well as an incipient digitalization of the economy. All this deepens the sensation of frustration, vulnerability and uncertainty., with economic and cultural anxiety acting as a breeding ground for bigoted populist movements with a nationalist veneer.

The key in Europe is the role social democracy will play in facing the challenge of imposing rules on globalization and sharing its benefits. A social democracy in a state of shock, as its program (Keynes + Beveridge) is inadequate nowadays. Keynesian economics in just one country within the Eurozone is simply not possible. And, at the same time, in a society with poor workers and great demographic change, the provision of public services is not enough to guarantee dignity.

The success or failure of Europe will depend on the capacity of social democracy to reconstruct its project. A project that must inevitably happen by completing the design of the Eurozone with an authentic fiscal branch, harmonization of tax laws, strengthened by a strong social pillar. At the same time, innovative mechanisms such as minimum and/or basic incomes are necessary nationally for the redistribution of wealth. Finally, in matters of international commerce, the moment has come to slow down and adapt the pace of change to the application of these reforms.

The political earthquake with its epicenter in Washington will also shake the foundations of international relations and affect the fronts the EU are currently fighting on within its neighbourhood. Undoubtedly, the strength of our relationship with our historic Atlantic ally will be weakened. This will impact directly on the escalation of tension with Russia, and on our relationship with the Middle East and North Africa when these are already in flames. For all of the above, we must equip ourselves with a framework in terms of security and defense, drawn up for conflicts of elevated intensity, with the objective of finding a new balance with Russia, thus helping to put order into the geopolitical chaos in which the Middle East is immersed, and also be able to face the threat of international terrorism.

What is coming is a battle in defense of democracy, its institutions and fundamental rights. And, as Europeans, we have the opportunity to lead the defense of open and tolerant societies if we urgently and effectively attend to the roots of the current unrest. This is the last chance and one that redoubles the responsibility of Berlin. Combining defense of an international order, based on stable and fair laws, with inclusive growth. A strong and sensitive Europe, and it is the responsibility of social democracy to contribute to this. If not, the history of our continent will once again come knocking on the door.