Orbán’s return to power was eased by Russia’s invasion of Ukraine but the playing-field was already far from level.

The scale of the governing coalition’s triumph in last Sunday’s parliamentary elections in Hungary surprised everyone—even the government. For several months, polls had predicted that Fidesz and its junior coalition partner, the KDNP, would retain a majority of seats in Hungary’s parliament, although the coalition was expected to lose its previous two-thirds majority, which had allowed it to make constitutional changes at will.

Instead of a reduced majority, however, Fidesz and the KDNP gained two seats last Sunday, winning over 53 per cent of the votes cast. This represents the largest vote share Fidesz and its coalition partner have ever obtained in a general election.

Six opposition parties, fielding a joint list of candidates in an attempt to defeat a hitherto unassailable Fidesz, obtained less than 35 per cent of the votes. The parties concerned, which included the Hungarian Socialist Party, the left-liberal Democratic Coalition and Jobbik—a right-wing political movement which has rebranded itself as a centre-right party—obtained just 56 seats between them, compared with a tally of 135 for Fidesz and the KDNP.

For the opposition, this crushing defeat was wholly unexpected. As recently as mid-February, the BBC reported that Orbán was facing his ‘toughest race so far’. To add to the mood of despondency among liberals, moderate conservatives and those on the left, a radical right-wing political grouping, the Our Homeland Movement (Mi Hazánk Mozgalom), secured over 6 per cent of the votes, giving it seven parliamentary seats.

Various explanations have been offered for Orbán’s fourth successive election victory and its unexpected scale. Ákos Hadházy, an independent deputy, argued that the ruling coalition won quite simply because it cheated—not just on election day but all through its 12 years in power:

The worst instances of cheating have been going on for years and right before our eyes. It’s an illegitimate election when the opposition is only permitted to speak for five minutes on state television in the last four years. It’s an illegitimate election when the government has been campaigning for years with giant placards. Even during the past month, during the official election campaign, the government displayed Orbán on placards.

Aside from the systematic cheating and manipulation by the government and its allies, the united opposition parties committed numerous blunders and tactical errors. In particular, they were naïve to imagine that supporters of a traditionally right-wing, nationalist party such as Jobbik—which had previously enjoyed a well-deserved reputation for stridently anti-Roma and anti-Semitic sentiments—would vote for left-wing or liberal candidates on the combined opposition parties’ single list. Many former Jobbik supporters abandoned the party, voting instead for Fidesz or the Our Homeland Movement.

Criticism has also been levelled at the uneven performance of Péter Márki-Zay, a relatively inexperienced politician who was the opposition parties’ choice for prime minister. Hungary’s notably skewed election laws and cases of electoral fraud played a part too in Fidesz’s stunning success.

Hadházy almost certainly identified however the most important challenge for the opposition parties, facing an often skeptical and frequently misinformed public. Since 2010, Orbán and Fidesz have constructed an extraordinarily powerful political machine, which is virtually impossible to defeat by ordinary democratic means.

Almost all commercial radio and television broadcasters in Hungary, together with most of the print media, scrupulously avoid any criticism of the government or its policies. The same is true of state television and radio. Hungary’s media spew out endless lies about the opposition parties, their leaders and their policies while remaining unfailingly obsequious towards the government.

During the election campaign, Hungary’s overwhelmingly Fidesz-inclined media repeatedly charged the united opposition parties with wanting to deploy troops in Ukraine, thereby exposing Hungary to the risk of becoming embroiled in a perilous war. Needless to say, the allegations were unfounded. At the same time, through intensive poster and email campaigns—which the government insists were unrelated to the election—Fidesz was able to mobilise public funds to enhance its appeal to voters.

Orbán’s popularity, particularly among poorly-educated and economically vulnerable voters in the provinces (Budapest voted overwhelmingly for the united opposition parties), is in stark contrast to how he is now perceived abroad—including by former close allies such as Poland. Orbán’s refusal to allow even defensive weapons to be sent across Hungary’s borders to an embattled Ukraine, his resolute opposition to economic sanctions against Russia on the grounds that it would raise the price of oil and gas for Hungarian consumers and his de facto neutrality in the face of Russia’s aggression against a smaller, poorly armed yet proudly defiant democratic state have severely tarnished his international reputation and threaten to overshadow his relations with western leaders.

Orbán has frequently spoken about the ‘failings’ of liberal western democracies while heaping praise on authoritarian regimes in countries including Russia, China and Turkey. He has gone out of his way to foster exceptionally close economic and political links with Vladimir Putin’s Russia. By declaring that ‘Hungary stands on the side of Hungary’—and, by implication, not with Ukraine—Orbán has shown an extraordinary lack of solidarity with an embattled neighbour and with fellow members of the North Atlantic Treaty Organization and the European Union, as well as scant regard for Russia’s heinous violations of the United Nations Charter, which prohibits the use of force or interference in the internal affairs of other states.

Of course, by pursuing this cautious and ostensibly neutral approach, Orbán is, in practice, giving succour to Putin. It should come as no surprise that the Russian president warmly congratulated Orbán on his election victory—expressing his conviction that ‘the further development of bilateral partnership ties fully answers the interests of the peoples of Russia and Hungary’. 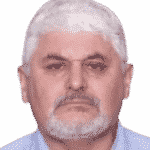 Stephen Pogány is emeritus professor in the School of Law, University of Warwick. His latest book is Modern Times: The Biography of a Hungarian-Jewish Family (2021).