Women fronting governments sends an important signal. Having them in the backrooms of power is however also crucial.

Spain is a world leader in women’s representation in ministerial posts. The cabinet reshuffle which the socialist prime minister, Pedro Sánchez, carried out in July was no exception. Of the 22 current ministers, 14 are women and eight are men. Sánchez stressed that the government would once again be a model for ‘gender parity’.

When Sánchez first assumed office in 2018, he gained international attention for appointing a cabinet which was 65 per cent women. That proportion declined in 2020 when he formed a new coalition government but he still appointed 11 women and 11 men.

Women’s presence in political office is often applauded. It is seen as fair for women to take an equal place in government—making up approximately half of the population—while seeing women in politics, as role models, may inspire other women and girls to become interested and involved. And women may bring to the table distinct interests or perspectives.

The media, activists and academics pay a great deal of attention to women’s presence in parliaments, in cabinets and, of course, to women serving as chief executives, such as president or prime minister. But if women’s representation in politics matters, we should pay attention to their presence throughout the policy apparatus.

Women’s presence in appointed political positions within the executive—below cabinet ministers—however receives less attention. Yet these officials are important in the policy process.

Given its leading role in women’s representation, Spain provides an ideal laboratory to examine gender and appointed office. I recently investigated the appointments ministers make within their own ministries, to what I term sub-cabinet offices. They include, for example, the secretary of state for international co-operation in the ministry of foreign affairs or the general director of sexual diversity and LGBTQ rights in the ministry of equality.

Each has management responsibilities and a functional role in the ministerial hierarchy and is typically responsible for a particular policy area. They assist the minister throughout policy-making and implementation. Ministers refer to them as their ministerial ‘team’.

At the outset of Sánchez’s first government, over 40 per cent of sub-cabinet appointees were women. This put it ahead of its predecessors in Spain, though still short of parity.

Political appointments of women in Spain (%)

Also, women were more likely to hold sub-cabinet posts in ministries traditionally considered ‘feminine’, such as equality or social services. Fewer women were appointed in ministries with a ‘masculine’ connotation, such as defence or the interior.

An important question is what fosters women’s inclusion. One mechanism political analysts posit is that women may bring other women into politics. Women may value gender diversity more than men, they may have more women in their networks or they may be less apt to rely on gender stereotypes that limit notions of what women can or should do.

But maybe not. Women may not have the political authority to bring other women in, they may worry about the appearance of bias if they do and indeed they may betray the same biases as men or face similar constraints and incentives.

So did women bring more women along in Spain? The answer is yes and no.

In those 22 years of government appointments, female ministers, as individuals, did not appoint more women than their male counterparts, even when controlling for other confounding factors. At first glance, that might undercut assertions that women’s presence matters to further gender equality.

Yet interviews with 30 former ministers and other qualitative evidence suggest that the gendered political contexts in which ministers made appointments did matter. The gender balance within the political institutions overall fostered or stymied women’s representation. In more gender-balanced contexts, ministers of both genders appointed more women.

Also, incentives matter. When there were strong and explicit party and governmental goals to advance women’s representation, both women and men appointed more women to sub-cabinet office. This occurred particularly during the Zapatero governments. Building on the work of feminists within the socialist party, the prime minister stressed to ministers the importance of appointing women—with demonstrable results.

Spain shows that there are long-running processes at work. Nonetheless, taking into account the gendered nature of political appointments has some more immediate practical implications.

Above all, leadership counts. Chief executives and party leaders can stress the importance of building diverse teams. Some ministers (or others with appointment or gatekeeping power) may have this at the forefront of their minds but others will not. So emphasising it from on high matters.

Ministers also need to keep gender to the fore as they build their teams. Its importance can get lost for practical reasons, such as the pressure of time. It can also get lost due to bias, unconscious or otherwise.

As one minister put it to me, if you don’t ask for women’s CVs, you might not get them. 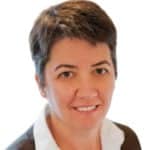