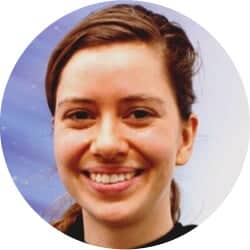 While Germany has been positioned as a global leader in climate legislation, conflict over climate change policy in COP23’s host country left the Bonn conference’s outcomes in a state of uncertainty.

Last Friday marked the end of the 23rd annual UN Climate Change Conference, this year in Bonn, Germany. COP23 was a crucial opportunity for definitive action to keep global temperatures from warming more than 2 degrees Celsius, as agreed by COP21’s Paris Agreement in 2015. While delegates lauded the conference’s progress, there is still a glaring gap between the meaningful action which would be required to reach this goal, and the reality of continued CO2 emissions.

As of the conference’s close, UN countries are no new binding national targets were set, and no major deadlines or breakthroughs on carbon reduction. 2017’s Emissions Gap Report states global emissions must peak and decline already by 2020 in order to keep under 2 degrees. Meanwhile, in some major polluting countries, like Germany, carbon emissions actually increased in 2016. Though this year twenty countries, including Britain, did come together to form an alliance to phase out coal by 2030, this may be far too late.

Several countries, including Germany, avoided entirely making definitive statements on coal, or other fossil fuels. The COP23’s host country, and supposedly a leader on climate legislation, remains the largest CO2 polluter in Europe. Germany’s actions will thus be paramount to climate outcomes in coming years, and whether we will see an increase in climate-related natural disasters already being seen around the planet.

On Nov. 6th, when COP23 began, discussions on climate policy in Germany had become increasingly tense. The climate change topic, and the question of a departure from coal, along with the refugee crisis were the two major issues that resulted in Germany’s failure to form a new coalition government.

Germany’s difficulties with CO2 reduction hold a mirror more broadly to the trials of national climate legislation and commitment, across UN countries participating in the COP23. In 2014, German legislators voted to cut national carbon emissions 40% from 1990 levels by 2020 in a policy known as the Energiewende, or “Energy Switch.” Yet Clean Energy Wire, and the New York Times have reported the country is heading for a “spectacular” miss on their own climate goals. Current projections see a reduction only of 30% emission, in three years, by 2020.

Bonn, the chosen site for COP23, lies in close proximity to Germany’s former industrial heartland, still home to the largest open-pit coal mine in Europe, and one of the largest proportions of CO2 emissions in Europe (with three plants on the list of five top sites of pollution.) Continued coal production plays a major role in Germany being set to miss its carbon reduction targets.

Yet as Angela Merkel made clear in her speech at COP23 in the last days of the conference, moving away from coal is not possible due to “cost factors, that is, the affordability of energy.” Merkel suggested a departure from coal would also impact jobs– neglecting the fact impending digitalization and automation of industry in Europe stand to have a greater effect on the job market than an exit from coal in coming years.

Corporate sponsorship at COP23 did not receive as much negative press as in COP21 in Paris, where there was significant criticism concerning greenwashing in climate negotiations (in light of funding from French energy companies.) At COP23, sponsors from the Germany private sector included the BMW Group, Siemens AG, and Deutsche Bank. A major automobile manufacturer is an interesting choice of sponsor for a climate conference; the angle for BMW to distance itself from recent German emissions scandals is more clear. Siemens meanwhile continues to receive the majority of its profits from the Power and Gas sector, especially with natural gas.

Before COP23, more than 10,000 activists protested continued support for the fossil fuel industry, with energy from coal and gas. Activists from Ende Gelaende (meaning, “End of the Land”) an anti-coal group, pointed out the contradiction that negotiations were taking place only 50km from Germany’s primary open-pit coal mining. The mark of the energy industry’s impact can be seen in Germany’s Climate Action Plan 2050, where ground-breaking climate legislation is marred by remarkably few binding points (i.e. an “action plan”) for how the country is to become carbon neutral.

Though the majority of Germans would already approve of coal plant closures to meet 2020 climate goals, the German example proves it is far easier to set impressive targets than to meet climate goals. In 1990, the benchmark year for the targets, Germany’s carbon emissions according to the Bundesumweltamt or Federal Environmental Agency, totalled 1,251 megatons (or 1,251,000 tons released into the atmosphere.) In 2014, Germany reduced this number to 945 megatons of CO2 released. Despite stated goals, Germany continues to emit around 1,000,000 tons of carbon into the atmosphere each year. The difficulties of a technologically-advanced, industrial country to meet its climate goals cast a shadow upon whether developing countries should have to set and keep more stringent targets.

The Paris Agreement was signed at COP21 in 2015 under the collective understanding that future climate conferences would act as “ambition cycles” to create more intensive goals in coming years. Without tightening national commitments, or progress on the actions of COP21, warming above 2 degrees will be difficult to avoid. The influence of the fossil fuel industry, and the failure to meet targets, even in a leading country for climate legislation like Germany, together mean the questions facing COP24 in Poland will be more pressing than ever.

Mary Clare O'Donnell is a student, researcher, and freelance writer living in Munich, Germany. She has contributed media on both UN COP21 in Paris, and for the ongoing proceedings of COP23.