‘National security’ has become the new excuse to spy on political opponents and journalists in Europe.

Spain, Poland, Hungary, Greece: the list of European Union member states that have used spyware to survey political opponents, lawyers, human-rights activists or journalists is only getting longer. The latest scandal was the revelation that the Greek government had used Predator spyware to wiretap several investigative journalists and politicians, including a fellow member of the European Parliament, Nikos Androulakis. The Greek authorities, having tried to cover up the affair, sought to justify these taps in the name of sacrosanct ‘national security’.

The systematic use of this concept by the four above-mentioned countries leads to freedom-destroying security abuses. It is not that security is not a legitimate goal but fundamental rights—privacy, press freedom and political opposition—must be firmly protected in its pursuit.

‘National security’ cannot be deployed to block close monitoring and democratic scrutiny, without which a political system can no longer be called democratic. That is why the ‘Predator scandal’—in the cradle of European democracy—must not lack consequences. Without strong political responses, there is a real risk that spyware surveillance becomes the norm.

The European Parliament’s Committee of inquiry on Pegasus and other spyware (PEGA), of which I am a member, is trying to shed light on these new spying practices. In accordance with our mandate, we hold hearings with experts, victims, authorities and other interested individuals. We undertake missions to the member states concerned to obtain information on the ground.

Getting that information is not easy—our path is strewn with obstacles. In addition to the limits of our mandate, there is little or no co-operation from the member states. During the committee’s visit to Poland, the national authorities simply refused to receive us. They also declined an invitation to the committee hearing on the Polish case in September.

Last week, on a mission to Greece, we met a minister of state, Georgios Gerapetritis, and the chair of the Hellenic Parliament inquiry committee, Ioannis Kefalogiannis, while the prime minister, Kyriakos Mitsotakis, was … abroad. No official record of our meetings has been communicated to us. And the only question the Greek inquiry committee had to address—why was Mr Androulakis (president of the Movement for Change and the Panhellenic Socialist Movement) spied on?—remains unanswered.

Twenty-four hours after our departure from Greece, the newspaper Documento revealed a list of 33 politicians, journalists and businesspeople who had been put under surveillance by the Greek intelligence services. Yet official denials, attempts to discredit critical voices and intimidatory lawsuits (SLAPPs) against journalists remain the only responses, when a diligent independent judicial inquiry is what is required.

Unfortunately, Poland and Greece are not the only unco-operative states. We recently asked all member states to fill out a document on their use of spyware. Hardly any answered. This silence speaks volumes—silence which is, once again, often justified by ‘national security’ claims.

We therefore cannot present the evidence about the actual practices of national governments. But it is known, and confirmed, that 14 member states—a majority—have bought spyware from the Israeli firm NSO, the firm that created and commercialised Pegasus.

Specific EU legal guidelines on the use of such technology are lacking, so there are no sanctions for abuse. Definitions of ‘national security’ are meanwhile fuzzy and have no common foundation. This leaves scope for wiretapping, motivated by political reasons, to breach the right to privacy with total impunity.

Faced with this situation, the European Commission is absolving itself of any accountability, arguing that ‘national security’ does not fall within its competence. In so doing, it shirks its responsibility as guardian of the treaties. The European executive has the duty to uphold fundamental rights and the rule of law within the union.

An overarching EU legal framework is in place—the problem is inadequate implementation by member states and the failure to sanction offenders. To name just a few regulations, the commission must ensure that those on exports with dual civil-military use, data protection and ‘e-privacy’are strictly implemented, as also the upcoming corporate due-diligence directive.

The commission must also open fully transparent investigations into allegations of espionage. The commissioner for justice, Didier Reynders, maintains that it can only invite the relevant national government to do so. Yet common sense would indicate that asking authorities to investigate their own illegal practices is not without risk.

Greece provides a striking illustration. An investigation was recently opened by the national authorities. Some surveillance evidence has apparently been destroyed—though such files are usually stored for two years. A few days ago the ruling party, New Democracy, said the inquiry had to end—the file was closed: there was no link between the wiretapping and the country’s secret service.

The commission, hand in hand with Europol, should be in charge of such an investigation, to conduct it with greater impartiality. Nor should its role stop there. It must come forward with legislative proposals to create a European framework for the banning of spyware. This should place at its centre the protection of the fundamental rights of all citizens, whether political sympathisers or opponents of the government of the day.

In pursuit of this, PEGA will transmit to the commission a set of legislative recommendations to put an end to these practices. Upcoming hearings and missions to Hungary and Spain might deliver more information and our report should be ready by mid-2023. 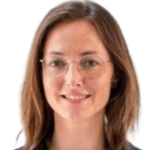