Europe’s municipalities are developing social and ecological solutions to the energy crisis. They need more power to their elbows.

Europe’s fossil-fuel addiction is painfully clear amid the global energy crisis and the unfolding horrors in Ukraine. Yet municipalities across the continent have great potential to tackle climate change and energy dependencies. Using this potential will however require funds, power and know-how—to put the interests of residents over corporate revenues.

In response to inaction by their national governments, progressive European municipalities have been making the most of their limited powers and resources to further a fair, clean and democratic energy transition. Evidence of municipal practices gathered by the mPOWER project, which has been facilitating peer learning among more than 100 European local authorities, shows that towns and cities have been developing successful forms of co-operation with residents.

From east to west, north to south, such collaborations have pursued the retrofitting of public buildings and private apartments, resulting in reduced emissions and lower energy bills, combating energy poverty. With local-authority support, citizens have been creating hundreds, if not thousands, of community energy schemes, greatly increasing local renewable power production. The bolder municipalities have even embarked upon more democratic models of ownership and governance, sharing decision-making powers with citizens.

In many countries, however, municipalities face massive constraints, lacking the finance and competences to deliver the scale of energy transition required of them, especially in pursuing fairer and more genuinely sustainable outcomes. So much more could be achieved with fuller devolution of power and resources from national government to local authorities and communities.

Towns and cities are well positioned to retrofit their entire building stocks and ensure energy neutrality for new buildings. To urgently wean us off our fossil-fuel heating dependencies—by far the most critical remaining issue for tackling the continent’s climate-change ambitions—the muncipal scale is the most apt in developing environmentally-sustainable, heating (and cooling) solutions. Municipalities are best placed to prioritise and maximise proximate power generation for essential use in homes and local public services.

The transition would proceed much more quickly, though, if local authorities had the necessary data—much of which is privately owned and controlled—for better energy-reduction strategies. To apply such capacities effectively, local governments need to end their dependence on big business and ‘liberalised’ energy markets. Downsizing and the privatisation of the assets, infrastructures and capacities needed to deliver integrated public action on transition have hindered the ability of municipalities to take a lead on climate change.

A lack of human and financial resources leads to public administrations turning to big business for producing, distributing and supplying renewable energy, with an attendant loss of revenues to satisfy corporate profits, instead of developing this expertise in-house. Such private leakages further impede the rapid transition needed to face the climate emergency, as well as feeding some of the biggest culprits hindering the transition, through their vested interests in fossil fuels.

The city of Amsterdam, for example, relies on the Swedish multinational, Vattenfall, for much of its heating needs, despite the latter’s use of its monopoly powers to overrule environmentally-friendly local heating solutions, such as aqua thermal, to advance its own, fossil-based heating service. Moreover, the city council appears blind to the true cost of the private partnership with the multinational.

On the national level we know that in recent years Vattenfall’s domestic renewable-energy production has almost halved, even though the company received over half a billion euro in subsidies from the Dutch government. Without this aid, the company could never have made €387 million in profits and paid out €1.183 billion in dividends to its shareholders in 2015-20. If the public had been in control, that money could have been reinvested to speed up a socially-just transition.

While large corporations make money for their shareholders, public authorities are supposed to act in the interests of the wider population. Renewable-energy power purchase agreements (PPAs)—conventionally fixed-rate, long-term contracts involving a government body and a big private utility—are an expression of this tension. Local as well as larger authorities end up shouldering the system costs and guaranteeing profits for the corporation. Under the pretext of competition, the latter tends to elbow out small citizen initiatives and refrain from sharing any expertise with public authorities, to maintain its ‘competitive advantage’—even though its technical know-how should be publicly available for the energy transition to take off more comprehensively.

That’s why public funds—whether in the framework of the European Green Deal, Covid-19 relief or the accelerating energy crisis—should not be subsidising the profits of big corporations, as currently, but benefiting the population directly. To this end, public bodies and forms of ownership, in all their variety, need priority funding. On top of that, a substantial amount should be earmarked for locally-responsive action on climate and the energy transition.

With proper support from national and European institutions, municipalities across the continent can ensure productive policy co-ordination tackling social and environmental concerns. By interlinking action on energy poverty, air pollution and emissions, for example, cities can become healthier places to live, in particular for members of poor and minority-ethnic communities.

Yet funding for the transition is likely to fall short if the European Union continues to bet on a liberalised energy market. A growing body of research is showing that the more governments liberalise the power sector, the more subsidies are needed to increase the amount of renewables in the electricity mix. Yet, as a result of these subsidies, wholesale energy prices went down in recent years—and with that private investments in renewables, because of reduced profitability. Pricing is evidently an inadequate mechanism to steer the transition.

With only eight years left to limit planetary heating to 1.5C above pre-industrial levels and many more millions on the brink of energy poverty, the EU cannot leave decarbonisation to an ever-more-volatile market. Instead, it needs to treat the energy transition as a public emergency, requiring integrated strategic planning. This requires European institutions to bury market ideology and enable member states to team up with their municipalities and citizens, to publicly plan, own and run an energy system in transition.

In the meantime and in response to asymmetrical PPAs, a growing number of European municipalities have started to take energy-efficiency measures and renewable energy into their own hands. What’s more, across the continent, towns and cities are increasingly eager to learn from, and work with, each other.

Such municipal partnerships can help sideline the market competition which undercuts much-needed government co-ordination, promoting instead collaboration among public powers to tackle the climate crisis. In this way, the EU might actually overcome its long-lingering addiction to fossil fuels. 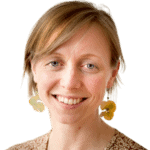 Lavinia Steinfort is a political geographer and activist. At the Transnational Institute she works on public alternatives such as (re)municipalisation of public services, a just transition towards energy democracy and transforming finance for the 99 per cent. 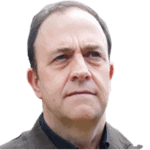 Andrew Cumbers is professor in regional political economy at the Adam Smith Business School in Glasgow. Previously, he worked at the universities of Durham, Middlesex and Aberdeen as a researcher and lecturer on labour and economic geography.