Europe has lost almost two precious decades to decarbonise industry due to one of the worst designed EU policy instruments.

When European Union policy-makers envisaged the Emissions Trading System (ETS) in 2003 as their single tool to drive down greenhouse-gas emissions (GHG), it looked like a win-win approach. Industry, non-governmental organisations and public authorities welcomed the directive with its market-based mechanism, putting a price on greenhouse gases, to reduce emissions in a ‘cost-effective’ way.

Almost 20 years later, the ETS has not however delivered on its promise. The ‘invisible hand’ of the market has been way too invisible, failing to send a sufficiently strong price signal on carbon dioxide to encourage big polluters to reduce their emissions and so arrest climate change.

According to the Organisation for Economic Co-operation and Development, the current CO2 price is an undervaluation which fails to internalise the real cost of emissions for the planet and their impact on society—a price per ton more in line with the actual social cost of emissions would be €120. The European commission directorate-general for mobility and transport, DG MOVE, contends that the true climate cost of CO2 would indicate €250 a ton, while a study by the Agora Energiewende think tank argues that, for industry to have a ‘business case’ to take up decarbonisation technologies, the price should be of the order of €100-170.

Yet the ETS cannot be the only tool to decarbonise our economy at the pace needed to tackle the climate crisis. Addressing it cannot be left to business plans.

Blinded by a quasi-religious faith in the market, policy-makers explicitly prevented the Industrial Emissions Directive (IED) of 2010 including GHG emission limits in the permits needed by industrial installations to operate. They thereby built an impenetrable wall separating two directives which could have worked quite well together, delivering a more rapid decarbonisation since than the inadequate reduction observed.

What is needed in addition to the one-club, market-based ETS is a regulatory framework. This should set clear and binding CO2 emissions ceilings and a well-defined pathway to drive themdown, consistent with the 2015 Paris Agreement.

Just as the price of petrol is not enough to make drivers avoid speeding on highways, the price of CO2 is not sufficient to make industry decarbonise. We need speed limits to slow down cars and CO2 limits to reduce emissions quickly.

Under the ETS, the European Commission also grants big emitters a licence to pollute at no cost, thanks to the system of ‘free allowances’. According to market operators’ forecasts, up to €550 billion of public funds will be thus transferred to industry by 2030. That’s two-thirds of the NextGenerationEU funds earmarked for recovery from the pandemic.

The Carbon Border Adjustment Mechanism must replace those free CO2 allowances if the purpose of the instrument is to tackle ‘carbon leakage’. Otherwise, this tool will only provide additional protection to big emitters in the global market, shielding them with a double layer from one of the key principles of EU environmental legislation—the ‘polluter pays’ principle.

Industry players often claim they need a ‘predictable’ market environment to reassure them and their shareholders, so their companies can take business decisions good for profits and for the environment. Yet when it comes to decarbonisation, if they must choose between an instable market instrument such as the ETS and a long-term regulatory framework setting emission limits until 2050, with clear intermediate steps—as could be established under the IED—they opt for the former.

Indeed, now that the ETS is starting to bite a bit more, thanks to higher CO2 prices, some industry figures, and some member states, are even advocating that it be ‘suspended’—without proposing any other way to reduce emissions.

This week, policy-makers working on the review of the ETS face a unique opportunity to fix past errors. Members of the European Parliament can vote for an amendment (number 1636) to the directive, presented by the shadow rapporteur and German green MEP Michael Bloss. This would do exactly what is needed—put clear and binding limits on emissions to drive them down.

Such an amendment would not only design an evident and stable path for decarbonising the energy sector. It would also guarantee a steady displacement of imported fossil fuels and reduce their health costs to European citizens.

This is a chance for MEPs to make history and be remembered for their foresight—not their blindness. 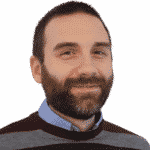 Riccardo Nigro works in the industry team of the European Environmental Bureau. For years he has been campaigning on the decarbonisation of industrial plants in Europe, covering several industrial transformation files, such as the industrial-emissions directive and its links with the ETS directive.