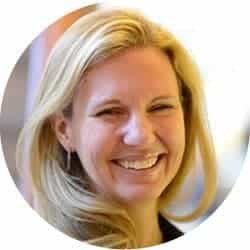 International Women’s Day (March 8) is the time when we celebrate and advance the rights of women and girls across the globe. A time to remind ourselves too of single parents and how they independently care for their children. And discuss the ways in which we can best support them. The large majority of single-parent families are headed by mothers and these mothers in particular face penalties. Penalties that take many forms: single parents and their children face greater risks of poverty, poor health, and impaired wellbeing.

In a recent edited book, The Triple Bind of Single-Parent Families (available here for free), we argue that single parents face a triple bind: the combination of inadequate resources, employment, and policies that negatively affect their wellbeing and that of their children. Each of these aspects is strongly gendered. 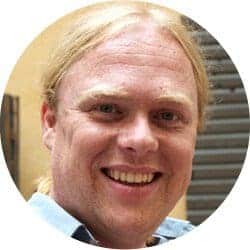 First, single parents have no partner at home, a major loss of resources in both care tasks and potential income. A loss that to a very large extent is carried by women. The situation is further complicated by inadequate employment where women face disadvantages in the labor market, including a gender pay gap and motherhood pay gap, discrimination, specialization in lower earning occupations, fewer opportunities for promotion, and less accumulation of experience over their life course. Labor markets are growing more unequal and precarious, and even though many single parents are working they remain in poverty. This is the case for many single mothers.

Single parents also face inadequate policies. Often, policies are embedded with gendered assumptions about the family. For instance, family policies based on the traditional breadwinner model assign more care tasks for children to mothers than to fathers. Very long periods of parental leave (often only for mothers) are a known mechanism to exclude women from the labor market – as is the case for single parents. Without available, affordable, and quality childcare it is particularly difficult for single parents to negotiate work and family responsibilities.

This triple bind needs to be addressed. Not only is a single parent’s wellbeing impaired but also that of their children. The gendered nature of single parenthood suggests two main approaches for doing so.

First, improve policies and institutions that support gender equality to involve both mothers and fathers in caring for their children. Available, affordable and quality childcare and short periods of well-paid leave benefit single parents. These policies, of course, also facilitate the employment of mothers who live with a partner. This ensures that these mothers continue to build up work experience, leaving them in a better position should they one day become a single mother themselves. Equal pay policies, appropriate (minimum) wages, employment protection and strong unions can all contribute to adequate earnings for working single parents.

While gender equality has been improving in the labor market, it has been lagging in the household. Fathers take fewer care responsibilities and take less parental leave, often because such leave policies do not exist for them. Yet, in some countries things are changing rapidly in this respect. We give two examples from Sweden. Parental leave, as in other Nordic countries, is gender neutral. It assigns equal rights to both parents. If fathers do not use their allotted share of leave, the family loses a large part of these rights. As a result, the use of parental leave among fathers has become the default. Even among fathers who separated/divorced from the mother of their child many continue to take substantial amounts of parental leave. Shared residence (or joint physical custody), in which children of separated parents spend more or less equal amounts of time with both parents, is rapidly becoming more common in Sweden. For their children, this seems to be beneficial. Although children of separated parents on average report lower levels of wellbeing, those in shared residence report levels that are mainly on a par with those of parents who stayed together.

The second approach is to understand that policies can benefit single parents, and improve gender equality, even if they were not implemented for that purpose specifically. And then act upon it. This includes those policies that were not designed to affect gender equality but were implemented to address class inequality. Policies targeted at single parents specifically are not sufficient for them. Sure, many countries provide additional financial support specifically for single parents. Some provide top-ups on child benefits. Others ensure child maintenance payments. Some even resort to ‘marriage training programs’ that repeatedly were shown to be ineffective. Yet, their impact may be small compared to policies that are designed to protect the minimum incomes of all. Universal family benefits and housing benefits make up a sizeable share of the incomes of single parents, including among those who are working. Had social assistance levels not been below commonly accepted poverty thresholds in an increasing number of countries, fewer single parents would have been at risk of poverty. Unemployment benefits may no longer be sufficient for families with only one earner.