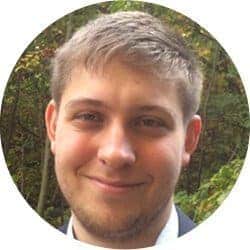 The new European Pillar of Social Rights represents an attempt to lift social monitoring onto an equal footing with macroeconomic surveillance in the European Semester. While this step is to be welcomed in principle, the introduction of clear-cut social indicators would improve it significantly.

After taking office in autumn 2014, European Commission president Jean-Claude Juncker announced his intention to secure a social triple A rating for Europe. In spring 2016 the Commission duly published a communication outlining the core principles of a new European Pillar of Social Rights.

This document contains 34 social principles, some of which are formulated rather vaguely while others are more concrete. For example, the core idea of the European youth guarantee, according to which all people under the age of 25 shall receive a high quality offer of employment or continued training within a period of four months of becoming unemployed or leaving formal education, has been included in the draft. 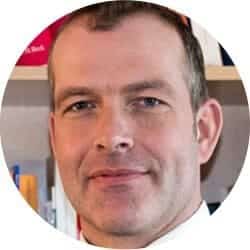 What is missing, however, are clear-cut indicators to measure and compare member states´ social performance. The Two-Pack regulation on economic governance passed in 2011 introduced such indicators, such as the 60% debt to GDP rule, to the field of macroeconomic surveillance. The Opinion of the European Economic and Social Committee (EESC) on the “principles for effective and reliable welfare provision systems” explained how in the field of social policy dichotomous indicators allow for a straightforward monitoring of member states´ social performance.

One principle of effective welfare provision is the existence of a social protection floor or a minimum income for people without adequate money from work, pension or other welfare provision. This social protection floor should be sufficient to cover the true costs of food, accommodation, clothing, water, energy and basic healthcare. Assessing compliance or non-compliance with this principle could represent an indicator to measure and compare member states´ social performance.

A European Commission study shows that well-established minimum income schemes are nowhere near the norm in Europe. Out of 30 European countries, only 15 have comprehensive and accessible schemes. All other countries included in the study have established welfare schemes with overly restrictive eligibility criteria and insufficient coverage. Greece and Italy do not possess minimum income schemes at all.

Reliable funding represents the backbone of any stable social protection system. Therefore, the existence of a solidarity-based social insurance system and/or a fair tax system is a second principle of effective welfare provision, which can be easily measured and compared. These principles are a precondition for the establishment of modern, professional social and health services, to guarantee that welfare provisions and social services are affordable and accessible and to ensure that services and benefits are necessary and appropriate.

The examples of Lithuania and Macedonia demonstrate that countries with a comparatively low GDP can finance generous social protection systems. Lithuania is a country with a GDP per capita of € 12,800 while Macedonia has a GDP per capita of € 3,900. According to the Commission study, both countries provide people in need with 40%-50% of the national median income and are therefore among the most generous welfare providers in Europe. By way of comparison, Germany, Finland, France, Norway and the United Kingdom generate GDPs per capita from €32,800 to €67,400. Nevertheless, all five countries provide minimum incomes of only 30%-40% of the national median income.

In conclusion, adequate welfare provision is not a question of wealth but of fairly distributing the available national income. The principle of collective solidarity financing foresees the inclusion of all social groups and strata in the funding of welfare systems, involving income from work as well as income from capital. Evidence shows that stable, reliable and accessible welfare systems are very advantageous for countries. Contrary to popular belief, adequate and widely available welfare provision gives people better opportunities to take up a job than non-recipients. In addition, member states with good social welfare policies, such as the Sweden, Denmark, Germany and Austria are the most competitive and prosperous in Europe.

The Commission draft for a new European Pillar of Social Rights refers to the necessity of adequate minimum incomes. Yet it neither adequately explains who is to receive such incomes, nor does it give a definition of the term “adequate”. Solidarity based social insurance systems are not mentioned at all. Also, the principles of quality, personal responsibility and legal certainty are absent from the current proposal. Most importantly, the idea of assessing compliance with these and other principles of effective welfare provision in order to monitor member states´ performance in social policy has not been taken up. Taking the EESC opinion into account when preparing the final draft would bring the Commission a huge step further in achieving president Juncker´s objective to secure a social triple A rating for Europe.

Florian Sanden is a political scientist and works as a policy assistant at the EU-office of the Association of German Social Welfare Organisations (BAGFW e.V.). Prof. Dr. Bernd Schlüter is Professor of Social Law at the Catholic University of Applied Sciences, Berlin. Due to his expertise on social policy and his long-term service at Diaconia, Germany, he represents the BAGFW e.V. in the European Economic and Social Committee.