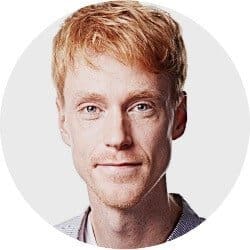 The old debate concerning the need for a distinct European social model has never been more topical. Trump, Brexit and the unsurprising rise of Marine Le Pen in the second round of the French presidential election show that our actuality may indeed repeat key elements of the ‘Weimar moment’ some 80 years ago. To the political economist Karl Polanyi, writing when the world was in flames, the rise of totalitarian and xenophobic ideologies and states were a logical culmination of a ‘double movement’ of, on the one hand, the free market reforms of past decades and, on the other, the disorganised attempts of societies to protect themselves. However, Polanyi also anticipated a more progressive response – not too far from what occurred in the post-war welfare state of social rights, and backed by Keynesian economics. The trentes glorieuses are, however, long gone. The big question today thus addresses the kind of double movement being unfolded by current protectionist and authoritarian tendencies. 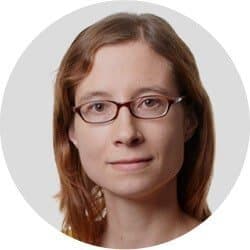 Since the 1980s the Keynesian post-war settlement has gradually been challenged by a political project of globalisation and Europeanisation of national economies, backed by a coalition of centrist parties from right and left, the European Commission and the OECD, as well as economists and sociologists. Along with economic reforms, the European welfare states have slowly but consistently been reconfigured into what in modern policy-making lingua is labelled activation, describing a drive from passive to Active Labour Market Policies (ALMPs): these cover a great variety of instruments including job placement with basic training courses, targeted and temporary hiring subsidies, start-up support, public work schemes, upskilling and training, and economic incentivising and sanctioning. The common denominator is a will to reintegrate ‘excluded’ people in the labour market rather than compensating them, which is seen as merely ‘passive’, often with a special attention towards the ‘high risk’ category of youth. ALMPs can have positive effects where they provide new employment opportunities after upskilling or training, or as an outcome of hands-on labour market experience as part of these measures. At a European level these policies have been intensively encouraged since the mid-1990s, notably through the European Employment Strategy (EES).

Crisis and back to normal

After the financial crisis and the Great Recession, many commentators expected a return to stimulus and demand-side policies. Just like Polanyi, they anticipated a ‘second’ movement. The Keynesian economist Skidelsky envisioned ‘the return of the master’, and leftist movements speaking against ‘finance’, ‘greed’ and ‘austerity’ took office in countries such as France and Greece.

However, the return of stimulus and demand-side reforms was only a short-lived visit consisting of dousing immediate fires in the aftermath of the crisis. Similarly, improvements in unemployment benefit schemes to more comprehensively cover groups such as young people who were formerly under-represented were short-lived. Instead, the reform track of introducing more ALMPs, in spite of mixed evaluation results, has continued at a pace in EU countries. The same holds true at the European level, where post-crisis the Commission has tried to strengthen the social dimension through initiatives – in particular for young people – such as the ‘Youth Guarantee’. Most recently the ‘European Pillar of Social Rights’ framework has continued to recognise ALMPs as a panacea for current socioeconomic problems in Europe.

The resilience of supply-side ALMPs after the recession thus coincides with ‘the strange non-death of neoliberalism’. One explanation lies in the EU’s ability to constrain national governments’ budgetary room for manoeuvre by means of the Euro and stability criteria, keeping them on an “austere” track. This may help to explain the lack of demand-side policies even though the 2015 package of Employment Guidelines reflects the new – and somewhat contradictory – approach to economic policy-making built on structural reform, fiscal responsibility and investment. But these EU constraints and recommendations are insufficient for understanding why European countries have continued to ‘activate’ their welfare states and labour market policies.

The moral economy of ALMPs

Here, it is relevant to look at the moral economy underpinning the reform tracks in many countries. In an ALMP logic, unemployment is predominantly taken to be a ‘supply-side’ or ‘structural’ problem. Unemployment is, in other words, not caused by economic recessions and insufficient demand, but by mechanisms that somehow relate to the unemployed person, whether due to inadequate job-search efforts and unwillingness to be mobile, skills mismatch, insufficient incentives to take a job or a lack of self-control. ALMPs are thus inherently behavioural in their approach to unemployment and in that sense have no truck with a recession in a Keynesian demand-side sense.

A recent study of justifications of ALMP reforms in Denmark and France pre- and post-crisis shows that one of the most effective legitimations is the way in which national populations are divided into two moral categories. Whereas the post-war settlement organised all its efforts around the division of capital and labour, ALMPs divide the population into a worthy group of active (hard-)working tax-payers and a less worthy group of unemployable, dis-incentivised and potentially irresponsible and lazy non-working recipients. ALMPs serve a paradoxical double purpose in relation to these two groups. They seek both to redeem the less worthy by making them active and they install various obligations and control mechanisms to ensure that these people choose the path towards redemption by punishing those who do not.

The preoccupation with ‘rights and obligations’ and the threat of sanctions thus serve to reassure the ‘hard-working’ tax-payers of their worthiness. This is perhaps the greatest moral cost of ALMPs. In place of the citizen with universal rights, they view the recipients of benefits as partakers in a behavioural experiment, aiming to redeem them by ‘activating’ them in a variety of ways. Even in supposedly ‘egalitarian’ countries like Denmark, ALMPs, supported by the vast majority of political parties as well as by the population, have led to intensified control and sanctions and public mistrust towards benefit recipients and have gone hand-in-hand with reductions in benefit generosity. Rather than questioning the diagnosis, the recent recession seems merely to have led policy makers to increase the dosage.

More of the same?

The second round of the presidential election in France highlights the relation between and tensions in the centrist programme of more ALMPs and the rise of the populist right. On the ‘ALMP’ side the globalist Emmanuel Macron claimed to be neither on the right nor the left. He wishes to ‘modernise’ the French labour market by bringing it closer to the Scandinavian model, which implies tackling the problem of unemployment by increasing skills and strengthening the control and obligations of the unemployed. On the other side, but paradoxically equally claiming to be ‘ni droite, ni gauche’, stood a protectionist, xenophobic, authoritarian nationalist in Keynesian clothes who replaces the “blaming of Frenchmen’ with an “economic patriotism’ that blames the immigrant (and the EU) for all malaises.

Compared to the latter the ALMP stance is certainly preferable, but the proposed programme implies several limitations. The first is the individualistic rather than solidarity-based interpretation of unemployment as residing in the behaviour and morality of the unemployed. This risks turning the management of unemployment into a technical problem of how to make the jobless do the right thing. The second danger is that ALMPs see redistributive issues as a problem that can only be solved indirectly by reintegrating people into the labour market. Finally, there are future social and economic challenges for which ALMPs seem of little value. What about, for instance, the growing geographical inequalities within countries such as between thriving centres and the de-industrialised periphery as well as between North and South in Europe? Can mobility within and between countries and upskilling as propagated by the European Commission solve these challenges? Another one concerns the phenomenon of automation that radically questions the assumption of all ALMPs that more work is the self-evident key to a better life as well as the key component of social cohesion. Despite its many inherent moral and pragmatic problems, the growing interest in Universal Basic Income provides space for questioning the benefits of the pathway towards ever more active labour market policies.

Based on a project that has received funding from the European Union’s Seventh Framework Programme for Research, Technological Development and Demonstration Activities under Grant Agreement no. 613256.