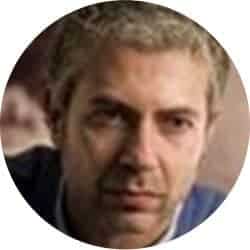 The 2017 presidential and legislative elections in France produced a complete renewal of the country’s political system, with a neophyte president in the shape of Emmanuel Macron suddenly emerging from outside the traditional parties, and a surge in support for anti-establishment parties. On the right, the success of the Front national led Marine Le Pen to the two-round runoff. On the left, the unpredictable ascent of Jean-Luc Mélenchon’s La France insoumise contributed to a reformulation of the French left.

Against this backdrop, the centre-right Les Républicains found themselves in great difficulty after François Fillon’s debacle. But the greatest loser of the 2017 elections was the Socialist party (PS), which is now at risk of disappearing from the French political scene altogether. As Pierre Moscovici, the French commissioner for the economic affairs of the European Union, stated in the aftermath of the elections: “The Socialist party? I don’t know whether it is alive or dead. In any case it must resurrect”. Can the PS really be revived, however, or does the party now face extinction?

Explaining the decline of the PS

The crisis of the French socialist party derives from two fundamental elements. The first is of a temporary nature, and is linked to the specific factors at play during the 2017 elections. During the presidential elections, Benoît Hamon, after winning the primaries to become the party’s presidential candidate, registered the worst result in the history of the PS with 6.4% of the votes. A few weeks later, for the legislative elections, the socialists won only thirty parliamentary seats (with 7.4% of the vote). This was 250 fewer members of parliament than they had won five years earlier.

All of this produced severe internal tensions within the PS, with disputes between the leading factions within the party, and various accusations of betrayal being directed at rival members. According to Hamon’s most loyal supporters, many within the party had broken its internal rules by abandoning the PS candidate and supporting Macron’s campaign instead. Meanwhile for Hamon’s detractors, his defeat was the consequence of a sudden and radical shift to the left, which was alleged to have undermined not only his own campaign, but the overall success of the party. The risk of the PS breaking up grew after Hamon decided to leave the party on 1 July. His decision to leave and set up a new movement represents an important precedent that could have a cascading effect, further destabilising the PS.

However, there is a second element at play here which is far more complex to assess, namely the profound political crisis that has touched most socialist and social democratic parties in Europe since the early 2000s. In this sense, the crisis of the PS is much bigger than simply Hamon’s leadership.

The crisis of the French socialists can be traced as far back as 2002, when Lionel Jospin, the PS candidate and favourite for the French presidential election, suffered a heavy defeat in the first round, failing to advance to the run off. Jospin, who was already Prime Minister in a cohabitation arrangement with Jacques Chirac, had advanced a radical programme of social reform which, among other things, entailed large public investments and a 35-hour working week. The failure of this attempted relaunch ultimately set the party on a new political course that has culminated in its current state of crisis.

From this point on, the neo-Gaullist right consolidated its position, at first through Chirac, who won his re-election in 2002, and then with Nicolas Sarkozy, who succeeded Chirac in 2007. The victory of François Hollande in 2012 finally returned the socialists to power, but after the expectations of change raised during his campaign, Hollande’s approach became associated with neoliberal policies, which, according to his internal opponents, undermined his self-portrayal as a reformist. The decade and a half of internal debates that had taken place within the PS since 2002 formed the backdrop to their catastrophic result in 2017.

The general crisis of European social democracy has also been a key contextual factor in the decline of the PS. The fall of the Berlin wall and the implosion of socialist regimes in eastern Europe simultaneously entailed the defeat of international communism and the loss of an ideological reference point for the socialist parties of western Europe. The effect was to generate an identity crisis among socialist parties. One can trace from this moment the path toward socialist parties progressively abandoning the ideals of equality, which had characterised the socialism of the nineteenth century.

Radical change no longer became a key priority, with economic stability coming to be taken as a value in its own right. The push for economic emancipation gave way to a progressive individualism and the idea of achieving a political balance that could succeed within a globalised economy. The end of the 20th century marked a point at which European social democracy began a new political course – one that was barely recognisable from the path pursued previously.

The crisis of the French Socialist Party is partly rooted in these developments and their intersection with the economic fallout from the late-2000s financial crisis. The situation the PS has found itself in has clear similarities with the positions of centre-left parties in Greece, Spain, Italy, Germany and many other European countries. With the overall shift toward capitalist forms of production and renewed models for social relations, an increasing number of citizens have abandoned socialist and social democratic parties. They are now often dismissed as part of a governing elite which, regardless of the political colour of the government, pursues a consistent economic and financial strategy that has little in common with previous ideologies of the left.

The PS has therefore suffered on two fronts. Internal political debates and in-fighting over the future direction of the party, which were clearly evident in Hamon’s campaign and subsequent resignation, have formed part of the impetus for its current crisis. But externally, the party has suffered from the wider trends and international developments that have undermined many European parties of the centre-left. The overall picture suggests a highly problematic future for the party, though the struggles of the PS may nevertheless shed a great deal of light on the potential struggles of other socialist and social democratic parties across Europe.

Marco Damiani is an Assistant Professor in Political Science at the University of Perugia. He has published widely on parties of the European radical left.