Social democracy is flatlining in a France which otherwise betrays common European features.

The French presidential election remains one of the great European political spectacles. The interest attaching to this particular moment, from the era of Charles de Gaulle to today and Emmanuel Macron, owes something to the quality of the main players but also to the centrality France has sustained at the heart of international relations.

Nevertheless, presenting a tale of individual lyrical monologues and multiple twists and turns—including the emergence of new characters such as Eric Zemmour or Christine Taubir—tends to obscure the mechanisms behind the plot. The French election, although part of a distinct national history, is inscribed in a European environment which contextualises its specificity.

If such specificity endures in France, it resides in the features of the historic progressive organisation whose crisis has been in the headlines for many months. Contrary to the experience of many countries, the existence of a dominant socialist party dates back only to the 1970s. Previously, the mass party was communist.

Having become the majority on the left thanks to the strategy of its then leader François Mitterrand, to federate with the Parti Communist Française in a ‘union of the left’, the Parti Socialiste has remained on the margins of the European social-democratic model. That does not mean the Mitterrand project was distinguished by its radicalism. Contrary however to the experience of countries such as Germany or Great Britain, the party’s governing apparatus has maintained a great deal of autonomy from the trade unions and from what is now called the ‘social and solidarity economy’: co-operatives, mutuals and other associations.

Today, rooted only in a network of locally-elected representatives, the PS is fragile. It is exposed to the risks of an electoral and financial haemorrhage, with the state only partially reimbursing the campaign costs of candidates whose score is less than 5 per cent. In addition to this intervention, there is public funding based on the legislative elections which take place a few weeks after the presidential elections.

The demise of a socialist party would not be unprecedented in a Europe which has experienced it in Greece and Italy. Moreover, the crisis of traditional political organisations is not limited to what is commonly defined as the ‘left’. In many countries it affects the conservative, liberal, nationalist and even Christian-democratic forces which, spread on the ‘right’, are in need of redefinition.

In France, this crisis of organisations finds two expressions. The first is the weakening of the former presidential, socialist and neo-Gaullist parties, complemented by the difficulty faced by their challengers in imposing themselves. The second is the weak support for a rationalisation of the political offer through the mechanism of primaries. Introduced several years ago, this process takes account especially of the difficulty of any coming together, whether within the same political family or the same party.

Valérie Pécresse was nominated by les Republicains through a party primary. And the idea of a primary to agree a single progressive candidate—with a view to preventing the second round being contested by Macron and a far-right opponent, as in 2017—has been backed by the PS candidate, Anne Hidalgo, who is barely registering in the opinion polls. But it has been rejected by Hidalgo’s further-left and ecological competitors, Jean-Luc Mélenchon and Yannick Jadot respectively, both polling higher if still modestly. An unofficial version, to take place towards the end of this month, has however secured more than 300,000 intended participants.

More generally in Europe, a process of creative destruction is putting at risk the old parties and bringing forth new structures and movements while, at the same time, many citizens are withdrawing from the public sphere of electoral politics, confining themselves to the manifestation of indignation or just engaging in local socio-economic initiatives.

The scale of the process varies. In France, since the episode of the nuits debout in 2016 (nightly demonstrations sparked by a bill to make the labour-market more ‘flexible’), such movements of indignation have recurred and are very diverse: they take in also the gilets jaunes and the demonstrations hostile to the liberalisation of the right to marriage. The same as the rest of Europe, France too has its ‘anti-vax’ militants, which no parliamentary formation has managed to channel.

The most spectacular renewal of national political organisations has been embodied since 2017 by the movement called La République en Marche. Macron did not encourage the transformation of LRM into a traditional political party, taking the risk of not providing his parliamentary majority with a rigid framework and of seeing a close but competing organisation emerge. That now exists—Horizons, headed by his former prime minister, Edouard Philippe.

But LRM is not the only movement whose upsurge has shaken the French political landscape.

On the left, after attempting to polarise the national debate between himself and Marine Le Pen on the far right, Mitterrand’s former minister Mélenchon founded La France insoumise (France unbowed), which rallies voters disappointed with traditional social democracy through to the radical left.

Having caused a surprise by winning nearly 20 per cent of the vote in the 2017 presidential contest, La France insoumise has not reproduced this performance in subsequent elections. This April it could achieve the highest score of the left-wing organisations—without for all that, according to the polls, winning the 15 per cent plus required to appear in the run-off vote.

On the right, the adaptation of the two main parties, founded respectively by Jacques Chirac and Jean-Marie Le Pen in the 1970s, had long been limited to name changes in the 21st century. If the former now comprises les Républicains, the transformation of the Front National into the Rassemblement National expressed Marine’s desire to pursue her father’s strategy of broadening the popular representation of the parliamentary extreme right.

The results of the coming elections will show to what extent Eric Zemmour’s Renaissance movement will upset the terms of competition among the right anchored in the national landscape. Zemmour emerged from CNews, a channel similar to Fox News in the United States, on which he acted as a pundit. He has just been convicted of incitement to hatred for referring to unaccompanied foreign minors in France as ‘thieves’, ‘assassins’ and ‘rapists’.

But, more fundamentally—in France as in the rest of Europe—the question is how many citizens will vote on April 10th. 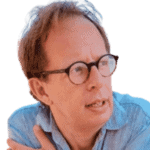 Christophe Sente is a fellow of Cevipol (Centre d’Étude de la Vie politique) at the Université Libre de Bruxelles. His areas of interest include the history of ideas, the evolution of party systems and the transformations of democracy. 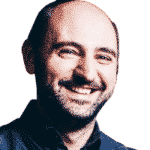