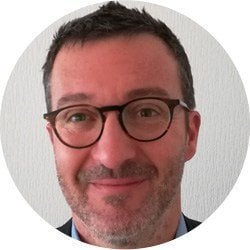 Weakened by a decade of unresolved economic crisis and shaken by the awakening of populism, the European Union (EU) project currently faces four disintegrating factors: Brexit, democratic disaffection, monetary and financial fragmentation and territorial dislocation. If EU member states want to escape those looming risks, they must, as they always have in the last five decades, reinvent Europe in order to save it. Twenty years after the completion of monetary union, the European project needs new positive narratives to survive. This reinvention should start by a re-visitation: how was the euro actually achieved? What are today its biggest challenges? How can it inspire future European endeavours? 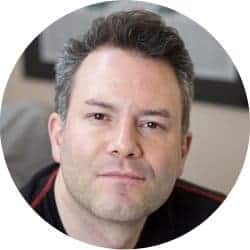 After the French presidential election in May of 2017, which saw the decisive victory of Emmanuel Macron over Marine Le Pen, a sigh of relief could be heard in all European capitals and the Brussels headquarters: the worst had been avoided, the European Union would survive. A visibly rejoiced European Commission President Jean-Claude Juncker would even go so far as declaring on 13 September 2017 that “the wind” was “back in Europe’s sails”. More than a year later, the gentle breeze has turned, once more, into a fierce tornado tearing those sails apart.

To begin with, after sixty years of continuing enlargement, the EU will face its first shrinkage when the UK leaves at 11pm (UK time) on Friday, 29 March, 2019. It probably means that any significant progress in European defence integration will be stalled for the foreseeable future. Yet, this European dis-integration is the most favourable for the EU as it provides the remaining member states with a golden opportunity to rethink the terms of their alliance and finally spell out what exactly they plan on achieving together. What they should do is to address the other three disintegrating factors before they get out of hand. 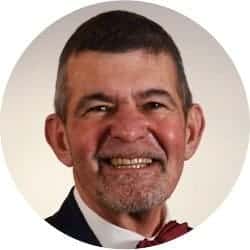 The most urgent one is the democratic disaffection: the well-documented rise of right and left populist parties throughout the continent, the latest episode of which has shaken Italy for the last few months, is fuelled by Europhobia.

Regarding monetary union, the worst has been avoided since the critical intervention of the ECB in July 2012 to save the euro and the chaotic but eventually stabilizing summer of 2015 (when Greece almost exited the euro area), but very little has truly been changed in euro area (EA) governance since 2008. The recent agreement on a comprehensive package to further strengthen the euro area is the latest example of a missed opportunity. The existing European Stability Mechanism will be reinforced, to help countries “with sound economic fundamentals” mitigate an adverse shock, whereas a budget for “competitiveness, convergence and stabilization” for all the EA member states is left to future talks.

Finally, the EU faces a risk of territorial dislocation. The success of the single market inherited from the Treaty of Rome (1957) has been paradoxical: it brought countries closer together but led to divergence between the regions (and more generally local jurisdictions or territories). It can for instance be shown that in the EU the gap in economic development between regions is stronger than the gap between countries. This spatial fracture within Europe’s countries, which is found in other countries outside Europe but which the single market has undoubtedly accentuated through the powerful agglomeration effects it generates, has two perilous consequences for the unity of nation states: it fosters secession temptations by rich regions; it segregates and polarizes the electorate.

Birth of the euro

Twenty years after the completion of monetary union, the European project thus needs new positive narratives to survive. This reinvention starts by a re-visitation.

For those who supported the project, monetary union was seen as the completion of economic integration and of the single market. This combination was expected to boost economic growth and foster economic convergence amongst EU economies. It has led to a significant intensification of economic and financial integration: trade in goods and services has increased, cross-border provision of services and labor commuting too; labor and capital have become more mobile. But for lack of significant progress in political integration and collective decision-making, member state governments have been prone to resort to tax competition and other non-cooperative strategies. Although this has tended to increase economic inequalities and asymmetries amongst member states, the outlook for more cooperative strategies, including those embedded in negotiations about the next Multiannual Financial Framework (EU Budget), is not mixed: tensions tend to get exacerbated and public opinion is expecting collective action, but agreement on common policies is made more difficult by existing differences in economic situations and performance.

The EA project is a rare example of a strict application of economic doctrines to the build-up of political institutions. Ordoliberalism and new classical economics have shaped institutions and stringent policy rules. These are key to understanding the architecture of EA economic policies – the characteristics of the implemented monetary policy and the absence of a role for fiscal policy at least until the global financial crisis erupted. Namely, EA governance acknowledged the dominance of monetary policy over fiscal policies: the ECB pursued a form of inflation-targeting policy whereas fiscal policy was viewed as a disturbance to market adjustments and therefore neutralized. While the objectives of economic policies and ECB statutes were prepared for a stable environment, the upheaval following the crisis required many changes in the implementation of monetary and fiscal policies which have taken time to emerge and enhance EA performance.

Quite strikingly, the reform proposals or reform achievements on the fiscal and on the monetary side have revived the rules vs discretion debate: rules for the governments and some discretion for the ECB. The current fiscal reform debate does not take full stock of recent empirical developments, most notably on the size of fiscal multipliers even in the long run, to revamp the rules and improve counter-cyclicality. Meanwhile, the ECB has behaved pragmatically and adapted its operational framework to fix the many dimensions of the crisis: it has taken over the objective of financial stability, expanded the range of its instruments without a treaty change, and is in charge of the supervision of significant banks within the Banking Union. Finally, the on-going process of fiscal reforms has left the EA with minimal proposals from the Commission that do not clearly decide which of two opposing views should be preferred: faith in market discipline, implying compliance with agreed rules, or solidarity between the EU member states, implying better policy coordination.

Re-enchanting the European project is a priority. A two-step approach would be helpful in this respect: first, put well-being and sustainability, and not fiscal discipline, growth or finance, at the centre of European policy; second, build a social-ecological state able to design and implement the kind of social-ecological progress that the “yellow vests” revolt in France, sparked by rising fuel prices and declining purchasing power, call for.

The authors are co-editors of: Report on the State of the European Union, Volume 5: The Euro at 20 and the Futures of Europe, Palgrave MacMillan, 2018, on which this post is based..