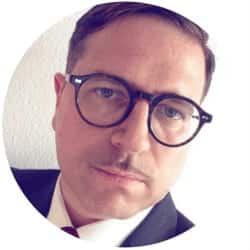 Donald Trump has been elected the 45th President of the United States. Not many saw this coming. Which is odd, given the wave of middle and working class anger raging against ‘globalism’ around the world for a decade. Some thoughts on the post-liberal age.

Finally, it means a new narrative is needed which combines security with a pioneering spirit.  Only if we succeed in reassuring those who fear for their material and cultural status, will they find the courage to embrace the digital revolution. This cannot work without beefed-up material social security. Redistribution alone, however, is not enough to bring back to the flock those who mourn the lack of cultural recognition. What is needed is a progressive identity which can provide an anchor in the vertigo of change. The old labour movement had a tightly woven network of community-based organizations which created its very own lifeworld, offering a strong identity. Today, progressives embrace minority identities, but seem oddly put off by the need to offer a progressive identity narrative for the majority population. We need new mechanisms of recognition for those who provide good services to the community. And we need the Promise of a Good Society which offers more than the mere administration of past achievements.