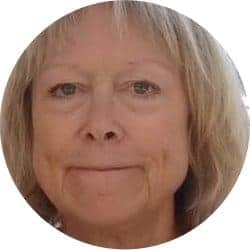 Work is not what it used to be. Change is accelerating on all sides. And whether it is robots replacing people; digitalisation; freelance, short-term and zero-hours contracts or decarbonisation targeting traditional industries, few workers in Europe remain untouched. How do trade unions respond to all that?

One message that emerged from a ‘big conference’ on ‘The world(s) of work in transition‘, organised last week by the European Trade Union Confederation (ETUC) and European Trade Union Institute (ETUI), was that these so-called mega-trends cannot be handled in isolation. Add into the mix globalisation, the mass movement of people and the needs of an ageing population, and together they are generating a transformation that should be about improving lives, but seldom is. Trade unions are looking for “joined-up” responses to a catalogue of challenges.

It is nigh impossible to accurately predict the impact of digital change on jobs. According to Pierre Habbard, General Secretary of the OECD Trade Union Advisory Committee, 14% of jobs will disappear and 40% will undergo major changes. “It’s not the first time the labour movement has confronted change, but this time it’s different,” he warns. Some 70% of workers worry that they might be replaced by robots, but the potential is probably overestimated because even occupations that could in theory be automated contain specific tasks that require human judgement.

Commission Vice-President Andrus Ansip, responsible for digital single market policy, is upbeat about the opportunities for avoiding dangerous tasks and creating “more rewarding activities” in new industries. But not everyone shares that vision. Peter Frase, a former academic and member of the editorial board of Jacobin magazine in New York, draws attention to “labour-complementary” technologies employed alongside workers, supposedly to make tasks easier, but often adding extra pressure: for example, instruments to measure individual performance in companies like Amazon.

Luc Triangle, General Secretary of the IndustriAll trade union federation, warns that digitalisation carries the risk of replacing secure, well-paid jobs with temporary, low-paid employment. There is also a danger that employers will use the threat of automation to force down wages and working conditions so that in the end it is cheaper for them to employ “weak labour”, adds Frase.

The Commission’s solution is deceptively simple: “Just one word: skills,” says Commissioner Ansip. But trade unionists on the ground are sceptical. Are governments and employers able or willing to make the necessary investment? In a recent research study on artificial intelligence (AI) for the ETUI, Aida Ponce (see here) asserts that acquiring new technical skills will not be enough, and that workers in future will need to grasp a new and more complex intellectual framework if they are to benefit from the potential for better jobs. “Workers need to become ‘AI literate’.” That means able to understand AI’s role and its impact on their jobs, learning to work alongside AI and anticipating and visualising how it will transform their roles. It involves computer literacy, understanding, processing and manipulating data, identifying and solving problems and logical thinking. This requires a joint effort with school systems backed up by employers, being sure to include women, minorities and older people and including AI literacy in negotiations with trade unions.

Triangle points out that it is not enough to reskill workers if there are no jobs for them to fill, or if they are too far away. The recent closure of a Bulgarian coal mine, for example, left miners with no other employment options. People live in communities, in localities. They are not chess pieces that can be moved around the European continent at will.

In brief, technology itself may be neutral – but the way it is introduced can ruin lives. Adapting will be much harder for some than for others. That is where trade union demands for measures to support workers and for comprehensive, long-term social protection come in, to create a ‘just transition’, together with stronger collective bargaining rights for unions. Although the term ‘just transition’ is often used in relation to greening the economy, it is just as relevant to automation and digitalisation.

Trade unions do not want to hold back the future – even though the Luddites of the past may have had more sense than they are given credit for. But change must be anticipated and managed, and that means human beings staying in control of data and digitalisation, and those who employ technologies being identifiable and accountable.

There is no shortage of voices warning of more apocalyptical outcomes if change is ungoverned. “If governments are too scared to regulate, we are all in trouble,” predicts Sharan Burrow, General Secretary of the International Confederation of Trade Unions (ICTU). ILO General Secretary Guy Ryder even draws parallels between the current breakdown in multilateral cooperation systems and the build-up to the great depression of the 1930s, or the way nations “sleepwalked” into World War I. “We are reaping the harvest of an intense sense of injustice,” he concludes.

Sociology Professor Saskia Sassen paints an even more sinister picture of “the rise of predatory or extractive logics” in western economies, with multinational enterprises like Facebook and Google and “high finance” extracting resources – both intellectual and physical – without accountability or control. “They are getting away with murder,” she warns. This hidden logic of extraction extends right down to individual household borrowing, “even where you don’t expect it”, concentrating power in private hands and impoverishing communities.

“Making the invisible visible”, to quote Lithuanian Trade Union Confederation President Inga Ruginiené – boosting accountability and ending the ability of multinational giants to hide their real activities – is a vital first step towards a future that benefits the many and not the few.

The road to somewhere

But to get to the world we want – a world without winners and losers, insiders and outsiders – unions need to have a roadmap, which in the view of Greek Labour Minister Effie Achtsioglou needs to be daring and dynamic. “We need an idea of where we want to get to,” agrees Ryder, highlighting the UN’s Sustainable Development Goals as a good destination.

The challenges for trade unions are many – not least the obstacles to organising isolated and insecure workers into union membership. But, according to ETUI senior researcher Kurt Vandaele, there are many signs that “trade unions can play a role in shaping today’s epoch”, and a growing number of examples of unions adapting to new working patterns.

“We have to imagine a completely different world of work,” declares ETUC General Secretary Luca Visentini. With responsible management, technological progress could bring shorter working hours, better conditions and work-life balance, higher productivity, sustainable use of resources and social justice. That certainly would be a different world. 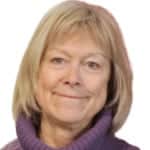 Kate Holman is a freelance journalist based in Brussels who worked for a number of years as a writer and editor at the European Trade Union Confederation.