Social democracy is not the same as populism, argues Dimitrios Kotroyannos. And Alexis Tsipras remains a populist. 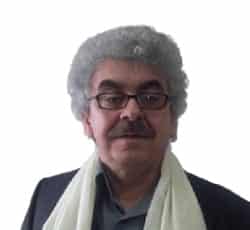 Recently, Alexis Tsipras, Greece’s prime minister and leader of the populist left-wing SYRIZA, which forms a coalition with the right-wing populist ANEL (Independent Greeks) party, has been trying to approach European social democratic leaders in a strategy of opening up to centre-left forces. Indeed, the transformation of Tsipras, from a political leader who criticized the European Union, the “old” parties, including the social democrats, and the Troika (IMF, ECB, EC), to a prime minister who agreed and implemented the third memorandum of understanding in Greece with absolute prudence and agreement with the lenders, constitutes an interesting case study. But this shift should come as no surprise. The reason is specific and related to the very notion of populism; it also tells us whether Tsipras is a social democrat or not.

The basic strategy followed by Tsipras, both in opposition and in power, was nothing but the creation of divisions-dipoles between totally diverse blocks, namely “memorandum-anti-memorandum”, “old-new”, “corrupt-incorrupt” and “establishment-people”. His speech was divisive before the 2015 national elections, and remains divisive. In his recent proclamation on ending the bail-out era, he explicitly referred to the distinction between the new and the old, assigning all the responsibilities for the crisis on to previous governments and relinquishing his responsibilities for the third memorandum that cost the Greek people more than €200 billion. In addition, in his recent speech to the European Parliament, instead of analyzing his post-memorandum era program, he focused on criticizing the opposition.

At the same time, his rhetoric and practices in Greece go beyond the boundaries of division and tend towards political cynicism. Two examples suffice. According to statements by Prime Minister Tsipras and Finance Minister Tsakalotos, the reduction in old-age pensions from January 1 2019, which they have signed off, is unnecessary now because pensioners aged over 70 will die sooner or later. Moreover, after the deadly fire in Attica last July, which cost 99 lives, instead of taking direct political responsibility, the Health Minister Polakis accused certain channels and journalists of criticizing the government and, with the Prime Minister’s decision, government officials are now barred from taking part in some TV channel panels.

Apart from cynicism, the radical left-right coalition government is also distinguished by another populist feature: “liberal authoritarian” leadership that undermines democratic institutions such as the rule of law. On the one hand, the government has criticized the independent judiciary for judging certain executive acts as unconstitutional, such as the proposed law on national channels – whose main aim was to reduce pluralism – that limited the licenses to four while the digital broadcasting system could emit more than ten. The restriction of pluralism was precisely the goal of a government that was finally reined back by judicial forces. The attack on the institutions of justice and the media continues even today and undermines the rule of law and democracy itself.

Why Tsipras is still far from social democratic values

Tsipras still has the characteristics of a populist leader bent on staying in power, whatever the cost. These are the creation of divisions, a cultivation of hate, a change of views and attitudes depending on the circumstances and blaming previous governments for all failings. Social democracy, however, aims at the cultivation of dialogue and consensus while trying to build alliances that will promote the common interest by isolating extreme voices. On the contrary, Tsipras’s divisive tactic intensifies extremist opinion.

Social democracy strengthens and promotes the rule of law, the independence of the institutions of justice and pluralism while Tsipras tries to block free expression and to control justice. In addition, social democracy seeks to shape the real conditions of social justice and cohesion while Tsipras, with the unnecessary implementation of the third memorandum, has irreparably affected the middle and lower socio-economic groups, impoverished a large part of the population and prevented entrepreneurship and investment by increasing taxation in all sectors.

EU social democratic decision-makers may consider that the imminent rescue of a minimum number of MEPs via the participation of SYRIZA members could be a solution to the prolonged crisis in social democratic political identity. But this means the legitimization of social democracy as such only through numbers and not the elaboration of values-based policies. It is more a process of echoing Tsipras’s populist discourse rather than undergoing a radical injection of progressive social values. Social democracy can only overcome its crisis through working towards humanizing socio-economic reality rather than accepting a populist discourse tied to the personal aspirations of one “politician”. Thus, this leader and his party still do not have any real relation with social democracy and its values, and consequently, a possible affiliation can only be dangerous for the latter.