A European Parliament report offers hope to arts and cultural workers struggling amid the pandemic. The European Commission must not disappoint them.

A European Status of the Artist. That is the big idea in a report on the situation of artists and cultural recovery in the European Union, adopted by the European Parliament on October 20th.

The report proposes an ambitious range of measures to improve the position of artists and cultural professionals. It covers freedom of expression, mobility, remuneration of authors and performers for the online use of their works and performances, collective bargaining for self-employed professionals and access to social security.

As an unprecedented crisis hits the cultural sector—depriving millions of cultural and arts professionals of income, their sense of stability and future perspectives—the report is being extremely positively received. Its adoption looks like a pivotal moment in EU cultural policy.

Previously, the search for all possible benefits culture could bring indirectly to the economy and society long prevailed over recognising its intrinsic merits—and so caring for the people who actually create this culture. Yet, however revolutionary the change of discourse may seem, it remains to be seen how the European Commission will respond to this own-initiative report and whether member states will translate the bold rhetoric of the parliament into concrete, tangible measures.

Own-initiative reports can be triggers for change but the commission is not obliged to follow up with a legislative proposal. It has three months to submit one or to inform the parliament it will not do so and why. Much will hinge on how the commission responds to this report in the months ahead.

Many of the measures proposed would require strong political commitment. The commission may however refer to its limited powers on artists’ working conditions and point out that it is up to the member states to roll out concrete actions to improve their situation.

In September 2020, the parliament adopted a resolution on the cultural recovery of Europe, which highlighted urgent priorities for the European cultural and creative sectors and advocated a European framework for working conditions within them and associated industries. In response the commission referred to the EU’s limited competences and rehearsed, in detail, all existing EU tools and those about to be launched to support culture (Creative Europe programme, Creative Unites platform, Horizon Europe, InvestEU and so on). On the proposed European framework, the commission mentioned its contemporary study on the topic, an open method of co-ordination expert group to be launched and its consultation with the sector through the ‘Voices of Culture’ process.

This time, amid loud cheers online for the report, the commissioner for innovation, research, culture, education and youth, Mariya Gabriel, tweeted:

While the commission’s formal response is still due, it might be valid to assume that it will again not be more than a list of existing EU support tools and initiatives. This would be at odds with the visionary nature of the report and the high expectations it has raised in the cultural sector.

What can be done concretely by the EU, urgently to improve the working conditions of artists and cultural professionals? A European Status of the Artist, introducing minimum standards common to all EU countries, is an important aspiration which would improve the livelihoods of millions of artists. It is also a huge challenge, given the patchwork of measures, statuses, policies and regimes across member states—gaps in definitions, priorities and budgets are enormous.

No matter how different the national systems are, however, member states can and must learn from each others’ policies and reforms and track their own and each others’ progress on artists’ working conditions. To make minimum common standards a reality, they need to set up a consistent, structured and permanent framework for this exchange.

The Council Work Plan for Culture 2019-2022 recognises the need for an ‘ecosystem supporting artists, cultural and creative professionals and European content’. Exchange and co-operation are to be advanced through the open method of co-ordination, in which ‘experts from ministries of culture and national cultural institutions meet 5 to 6 times over 18 months to produce policy manuals or toolkits that are widely shared throughout Europe’. As a small but essential step in this direction, member states should extend artists’ status and working conditions as a theme of the next Council Work Plan for Culture, allowing this exchange and co-operation to be sustained.

The European Semester could be another important instrument for reducing the gaps among member states when it comes to the working conditions of artists. This tool exists precisely to tackle such socio-economic disparities by providing a structured framework for monitoring and co-ordinating national policies and reforms. Embedding in the semester indicators related to the status and socio-economic situation of the cultural and creative sectors, as well as public spending on culture, would be an important step in making artists’ working conditions more sustainable and fair.

Finally, it is high time to rethink the EU’s official rhetoric. Historically, the European Community, and then the EU, had to justify every centimetre of enlarging its action in the field of culture. Traditionally, it was about giving culture a role in the EU’s core goals, mostly economic, with some expectations of ‘spillover effects’ in relation to social cohesion and integration, innovation, cultural diplomacy and ecological transition.

The pandemic has revealed, in a very intense way, both the intrinsic value and the vulnerability of the cultural sector. It is, therefore, the right moment to move the focus from mere instrumentalisation of culture towards making the sector more sustainable, inclusive and fair. This demands a new, future-proof EU strategy on culture.

A priority is to rethink the New European Agenda for Culture, which was adopted in 2018—way before Covid-19—and mainly revolves around the economic, social and external arenas and the spinoffs culture offers in these three domains. When artists and cultural workers are however struggling to recover from a major upheaval, when the sector may face a serious talent drain and become even less open to people from minority backgrounds, it is unreasonable to expect culture and the arts to thrive and offer solutions for economic, social and international development.

The EU needs to recognise that artists are the wellspring of creativity and the value which that inherently creates. It thus needs to take a stronger stance on artistic freedom and defend it with all possible means. The pandemic has been a great opportunity for some governments to deprive independent and critical artistic voices of support—indeed, there are many signs of declining artistic freedom in Europe.

Artistic freedom should also be one of the core pillars of the European Democracy Action Plan, which mentions culture only vaguely. On the model of the proposed European Media Freedom Act, we need a comprehensive and powerful EU approach to defending the freedom of the arts. 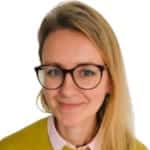 Elena Polivtseva is head of policy and research at the International Network for Contemporary Performing Arts (IETM ). This article draws recommendations from its policy statement but the views expressed are her own.