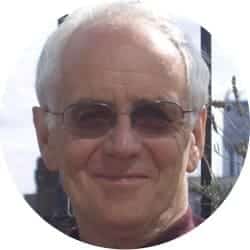 COP23 in Bonn sought to maintain the global momentum for ‘green growth’ – to decouple output from greenhouse gas emissions. But the crucial topics of consumption, inequality and unrestrained growth were entirely absent. My recent book seeks to place these issues centre-stage.

Consumption. The widening disparity between countries’ territorial and consumption-based emissions is rarely mentioned at COP meetings. The former are produced within a country’s borders, the latter refer to emissions from all the goods and services the residents of a country consume, including imports. With the global outsourcing of production in the past four decades the disparity has become a chasm: UK consumers are responsible for some 80% more emissions than our waning territorial emissions would suggest.

Inequality. Taking this into account, the major contributors to climate change remain the rich, mainly centred in the global North but with rapidly rising numbers in the global South. They include most of the readers of Social Europe. The World Bank calculated that if the 40 million drivers of SUVs in the US converted to average European cars, the emissions saved would enable all 1.4 billion people in the world without electricity to be connected without raising the overall CO2 envelope. As Gandhi said, ‘The world has enough for everyone’s needs, but not everyone’s greed’.

Growth. The dominant idea behind the historic Paris Agreement of 2015 is green growth – a massive decoupling of economic production from harmful environmental impacts including global warming. Such decoupling is urgent, no one would disagree with that, but it will be insufficient if endless compound growth is not questioned, and it is unethical in the way that implications for equity and consumption issues are simply ignored.

What might all this imply for fair climate mitigation and public policy in rich countries like the UK? Three things. First, pay attention to the distributional and equity issues of climate mitigation policies (some at present hit poorer households more). This would entail delivering decent and safe retrofitting of the 28 million dwellings starting with social housing and fuel-poor households. Charging for electricity, gas and water should switch to ‘social tariffs’ – providing initial units at a lower rate and then increasing the charges as we move to the luxury end of consumption. Funding could come from fairer taxes, provision of green local authority bonds and a green infrastructure QE programme.

Second, and more controversial, we need to rethink the idea of necessities and luxuries for a carbon-constrained era. The recent Lancet Report’s advocacy of co-benefits – policies on pollution, transport and food that serve both health and climate goals – is important here. But we could go further. As David Fell argues, we could turn VAT into a smart VAT that levies higher rates on luxury products that are harmful to health and the environment and lower or even negative rates on necessities with co-benefits. We should consider too how essentials like water, energy, transport and housing could be delivered within a citizenship framework, analogous to health and education, rather than left to increasingly unregulated markets. In other words, the pattern of consumption becomes as important a subject of public debate as the distribution of incomes.

Third, we need to challenge the idea of unending growth. For many people this may seem beyond the pale, but there is one gradualist way of rethinking this big question – via work-time policies. We know that productivity increases can be realised in the form of more consumption, more ‘leisure’ or some combination of the two. We also know there is a close relationship across countries between average hours of work and emissions, so reducing the extent of paid work time becomes not just a social and economic policy but a climate policy. A four-day week and less stressful work would likely also facilitate improved physical and mental health – another co-benefit, provided this is combined with strenuous efforts to combat low pay so that the poor are not penalised.

I propose a raft of ‘eco-social’ policies that pursue simultaneously the goals of social justice and environmental sustainability. This raises a host of issues: in particular, who is to decide on what constitutes ‘luxuries’ and ‘necessities’? How can this be squared with consumer autonomy and ‘choice’? How far can inequalities be reduced in the context of planetary boundaries? In my book I advocate in some detail the way that deliberative forums of citizens and experts could address these big issues, informed by tapping the wealth of radical local initiatives such as Transition Towns.

But at some stage – very soon – we must move beyond green growth to confront the negative impacts of wealth inequality, luxury consumption and growth on human wellbeing and planetary stability.