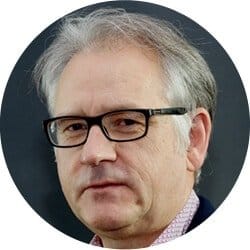 Since the fall of the Berlin Wall, liberalism has been the “only game in town” across the whole of Europe. This is no longer the case. From Helsinki to Warsaw, Rome to Athens, liberals are losing votes to anti-liberal insurgents. The latter represent a very mixed bag, with numerous local variations. Yet they are doing pretty well at the ballot box against the centre-left and centre-right parties that have ruled Europe for many decades.

At first, liberals tried to forge a united front against the “populist threat.” In Greece, socialist PASOK went to bed with its long-standing foe from the New Democracy to prevent Syriza from coming to power. In Italy, Matteo Renzi from the left-wing (former communist) party worked hand in hand with the people from Silvio Berlusconi’s right-wing party to fend off pressure from the Five Stars Movement. This tactic was a mixed blessing for liberals, especially those on the left. PASOK is practically dead, and Partito Democratico, led by Renzi may follow the suit. (We will learn more on the latter in March, after the Italian elections.) A “grand coalition” has seriously weakened social democrats even in economically prosperous countries such as Germany and Holland.

More recently, liberals, especially those on the right, have tried a different tactic. They have embraced a “soft” version of populism to defeat their “fully fledged” populist opponents. Mark Rutte in Holland castigated migrants, Emmanuel Macron bashed traditional parties, and Theresa May embraced Brexit. Sebastian Kurz in Austria went even further: in his recent electoral campaign, he adopted populist anti-immigrant rhetoric and later formed a government coalition with the party of the late Jörg Haider. (Finland witnessed a similar coalition with populists.) This tactic too is likely to be a mixed blessing, especially for those on the right. The distinction between soft and hard populism is fuzzy, and soft populists will be pressed to harden their stance when faced with the next economic, migratory or security crisis. Can liberalism survive such a populist turn?

The latest medicine for fading liberalism is called: the big idea. Liberals should stop being defensive and use their greatest weapon – intellectual capacity. Populists lack the necessary expertise to propose a vision of Europe fit for the 21st century. They are able to criticize, but they are not capable of offering plausible solutions to growth, security and democracy. They are a force of destruction, not a force of hope and vision. Liberals can do much better and offer the voters a positive alternative to chaotic and shallow populist programs.

I believe in this medicine more than in the previous two options, but we should not expect wonders. This is partly because those who betrayed liberal ideals cannot be trusted to lead the liberal renewal. People associated with Blair, Tusk or Renzi do not seem to understand that.

More crucially, liberalism is not good at generating big ideas, let alone utopias. Inspirational liberal thinkers such as Hannah Arendt, Isaiah Berlin, and Karl Popper invited us to strive for an ‘open society’ but keep in mind that the process of getting to the destination is as important as the final product. They were critical of revolutions with clearly defined agendas; they wanted to move forward through reasoning, deliberation and bargaining, with open minds and no dogmas. They were fond of experiments, marching through trial and error, recognizing our limitations, and suspicious of simple solutions for complicated problems. This is not an endorsement of benign-neglect policy; this is a call for modesty, patience and reason.

My big liberal idea consists of three steps: reckoning with the past, engaging in experimentation, and creating a new liberal system fit for the digital world. The first step can be accomplished in a year or two, the second step in less than a decade, but the third step may take much longer and we ought to be honest about that. In short, the big idea does not amount to a big bang. Liberals should offer the public a new sense of direction in their march towards a better future. They should offer safe refuge to those unable to adjust to change. However, liberals should not fall into the populist trap of promising heaven on earth by issuing a few decrees and rebuking opponents.

Instead of cultivating nostalgia for the period of liberal glory, liberals should revisit the catalogue of liberal norms guiding their policies. Over the past three decades, those who called themselves liberals have given priority to freedom over equality; economic goods have received more attention (and protection) than political ones; and private values have been cherished more than public values. These priorities need to be revisited.

The next step is to endorse a series of courageous experiments reflecting basic liberal values. The Tobin tax, ‘timebanks’, and various forms of shared economy ought to be tried together with versions of e-democracy and Barcelona-style municipalismo. These experiments by themselves will not heal capitalism and democracy, but they will help to move Europe forward from the current deadlock, empower citizens, and reinstall a sense of justice. They will show that liberalism is a force for progress and not a device for maintaining the status quo and preserving the interests of those in power. Perhaps these experiments will even make liberalism sexy enough for young people to follow.

The final and most demanding step is to move from experiments to the new liberal system of governance. As Zygmunt Bauman has observed in his famous book Liquid Times, the “openness” of the open society “has acquired a new gloss, undreamt of by Karl Popper.” Today openness chiefly means “a society impotent, as never before, to decide its own course with any degree of certainty, and to protect the chosen itinerary once it has been selected.” Liberals should therefore find plausible solutions for unbounded trade, capital, migration, communication, crime and violence. They need to conceive a model of democracy and capitalism which makes sure that citizens are not left in “authority holes” with no public jurisdiction and protection. At present, even the brightest liberal minds lack holistic solutions for handling transnational movements; besides, possible solutions ought to be negotiated with the public and tried in practice, which takes time.

I strongly believe that the new version of the open society should welcome the plurality, heterogeneity, and hybridity of a Europe shaped by globalisation, but I know that some of my liberal friends fear that this would lead to chaos, free riding, and conflict. I am in favour of embracing technological innovation and employing it for the service of the open society, but it is hard to deny that the internet is also being used as a tool of propaganda and repression. Machines will perform many jobs more cheaply and better than humans, but they may also leave many people with no prospect of employment. I look at migrants as a cultural and economic asset, but this does not mean that those who demand a set of stricter conditions for allowing migration are wrong. We need to debate all these complex if not controversial issues and search for practical solutions to them, reflecting such core liberal values as openness and tolerance; individual rights and welfare; restraint, inclusiveness and fairness.