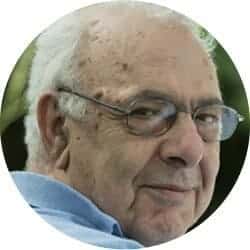 In the next few months the UK will make one of the most momentous political decisions in its post-war history finalising and approving the withdrawal agreement with the EU27. Although the UK is a parliamentary democracy, it is not entirely clear what role Parliament would play in this process. This is because in 2015 Parliament passed the European Union Referendum Act which effectively transferred the responsibility for making the complex decision on continued UK EU membership from Parliament to the people.

There is no constitutional requirement or convention for national referenda in the UK. A sovereign Parliament can decide at any time to have a referendum on any issue by passing a referendum law. Parliament used this option of (British) national decision-making only three times, in 1975 (on the EU), 2011 (on the alternative vote proportional representation system) and 2016.

There was neither a political nor a constitutional crisis following the 1975 and 2011 referenda for two simple reasons. First, both produced decisive results in the form of super-majorities of about 67%. Second, the results supported the status quo in line with the wishes of most MPs. The combination of these two factors has meant that the ‘will of the people’ and the ‘will of Parliament’ happily coincided.

The 2016 Brexit referendum, however, produced a result, by a small majority, that put a wedge between the ‘will of the people’ and the wishes of the people’s representatives in Parliament. Although there will be a formal vote in Parliament on the final withdrawal agreement, would that be a ‘meaningful’ vote?

For Parliament to have a ‘meaningful’ vote, there must be real choices to be made if it finds the withdrawal agreement unsatisfactory. At the very least, it must include the option of voting to remain in the EU as well as the option of renegotiation. Since the renegotiation option is clearly untenable at this stage, a ‘meaningful’ vote in Parliament could result in a reversal of Brexit. The two major political parties have accepted the 2016 referendum result that the UK should ‘leave’ the EU. Their major disagreement is not ‘whether’ but ‘how’ to leave. This commitment, however, is incompatible with the demand that Parliament should have a ‘meaningful’ vote on the exit terms because that could mean the UK remaining.

If Parliament will not have a meaningful vote, perhaps the people can have a meaningful vote in another referendum on the exit terms. It would then be the people, not Parliament, who would decide. They may decide in another referendum to leave with an agreement, to leave without an agreement or not leave at all and remain in the EU. Parliament can, in theory, pass another referendum law with all three options on the ballot paper, although there is very little chance of this since both Labour and the Conservatives are officially opposed to the People’s Vote. However, even if a Parliamentary majority for a second referendum were to emerge, it would still be an inappropriate response to the crisis. A second referendum, instead of resolving the political crisis created by the first referendum, would probably prolong it.

A referendum leaves very little room for compromises. It promotes a ‘winner-takes-all’ mentality which insists on the minority accepting completely the majority will. However, as John Stuart Mill reminded us some 200 years ago, the ‘tyranny of the majority’ is “among the evils against which society requires to be on its guard”. This consideration is particularly pertinent when opinion on an issue is so evenly divided. A minority is more likely to acquiesce to a decision supported by an overwhelming majority of fellow citizens than a marginal victory by one side.

Since there is no compelling evidence of any significant shift in opinion on this issue, another referendum will probably produce yet another narrow result. If it reverses the first one, the victors will almost certainly adopt the same uncompromising attitude, insisting on ‘remaining’ when nearly half of the people want to ‘leave’. The losers will feel cheated and betrayed and the resentment of those who had voted ‘leave’ out of anti-establishment sentiments will be increased. Polarisation will be magnified. If, on the other hand, the second referendum replicates the result, it will simply re-enforce and solidify the ‘winner-takes-all’ attitude on the ‘leave’ side.

Parliament must not compound its mistake of passing the first referendum law by legislating for a second, or act in a way that results in a reversal of the 2016 referendum result. A sovereign Parliament may indeed side-line a referendum decision it judges to be disastrous for the national interest. However, if Parliament were to act to stop Brexit, it would destroy any chance of finding the compromise that is necessary to solve the political turmoil and constitutional upheaval created by the UK’s unnecessary, flawed and ill-prepared experiment with direct democracy.

The ‘remainers’ view Brexit as a national calamity that must be prevented while ‘leavers’ consider any reversal as a shameful betrayal of democracy. The chasm between the two sides is huge and, unless they abandon their entrenched positions, seemingly unbridgeable. A ‘soft’ Brexit whereby the UK formally ‘leaves’ the EU but ‘remains’ in the customs union and/or single market beyond the end of the transition period, is an obvious and, perhaps, the only plausible compromise.

As the clock of the Article 50 process keeps ticking, it looks possible that the UK government may, under pressure from Parliament, abandon some of its ‘hard’ Brexit red lines in the final withdrawal agreement. If that were to happen, a compromise may be found in which the will of the people to ‘leave’ the EU and the majority will of MPs to minimise the damage of Brexit may coincide.