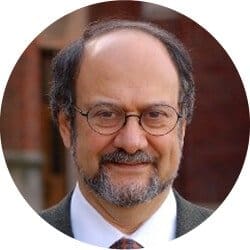 Why is democracy under siege throughout the West? How much of the story is cultural or racial, and how much is economic? And can the slide into authoritarianism be reversed? I think it can.

In the course of researching these issues, I took a deeper look at the remarkable three decades after World War II, a period when the economy delivered for ordinary people and there was broad support for democracy. That era was unique in two key respects.

First, the economy not only grew at record rates for peacetime, but it also became more equal. Second—and not coincidentally—this was a period when raw capitalism was tightly regulated, on both sides of the Atlantic, economically and politically.

Banking was very limited in what products it could offer, and at what prices. It was almost like a public utility. There were no exotic securities like credit derivatives to deliver exorbitant profits and put the whole economy at risk. Globally, there were fixed exchange rates and capital controls, so bankers could not make bets against currencies and entire economies.

Organized labor was empowered. Unions were accepted as legitimate social partners and had substantial influence. This was true in both Europe and America.

Government played a leading role in the postwar reconstruction and in other public investments. This mixed system worked better than any version of capitalism before or since. Not surprisingly, the far right had no support.

My generation grew up thinking of that social bargain as the new normal. But in fact it was exceptional. In a capitalist economy, owners of capital ordinarily enjoy an extra measure of political power. In the postwar era, that power was suppressed in the broader public interest.

The postwar social contract came about via a harmonious convergence of events, insights, leadership and politics. Western leaders were determined not to repeat the aftermath of the First World War. In that dismal period, there was no recovery program, speculative finance ran wild, austerity crushed growth, unemployment reached socially unbearable levels—and the result was Hitler and a second world war.

In the Depression and World War II, both the far right and the free-market right had been discredited by events. After the Great Crash of 1929, and the twin successes of the New Deal and the wartime mobilization, no serious person could contend that markets did best when left alone. The political influence of finance had been weakened, while the influence of labor and of the activist democratic state had been strengthened.

At Bretton Woods in 1944, the architects of the new international monetary and trading system were determined to create a kind of managed globalism. The new global economic order allowed commerce to resume but preserved plenty of space for each nation to run well-regulated, full-employment economies.

In July 1945, when Clement Attlee became Britain’s first Labour prime minister with a healthy working majority in Parliament, the UK’s war debt was over 240 percent of GDP. What did Attlee do? He did not pursue an austerity program to reassure the country’s creditors. On the contrary, he doubled down on public investment and built a welfare state. He could do this because the rules of that era precluded a speculative run against the pound.

A third of a century later, when Francois Mitterrand became the first Socialist President of France in 1981, he also attempted a bold recovery program with lots of public investment. But the rules of the global system had changed, laissez-faire finance was back with a vengeance, and speculators pummelled the French franc. Within two years, Mitterrand had to reverse course and pursue austerity.

In the years since then, political and financial elites have redefined trade agreements to mean not just reciprocal cuts in tariffs but broader changes in global rules to make it easier for banks and corporations to evade national regulation.

Laissez-faire, discredited and marginalized after 1929, got another turn at bat(ting). Hyper-globalization was a key instrument. And that reversion had economic and ultimately political consequences.

The broadly shared prosperity and well-managed markets of the postwar boom evaporated. Increasingly, the gains only went to the top and the livelihoods of the rest became more and more precarious. Those who suffered the displacements of globalization were looked down on as economic losers.

It took a while for economic resentment to reach boiling point. Two factors supercharged the political reaction. One was the collapse of 2008—the result of the same anything-goes financial antics that were supposedly ended in the 1930s and 1940s, but resurrected in the 1980s and 1990s.

In the aftermath of the collapse, economic displacement intensified. In Europe, austerity policies added to the misery. And then, pouring oil on the flames, economically conservative but socially liberal elites tried to pursue generous policies towards immigrants and refugees.

The new globalists, epitomized by the annual Davos meetings, failed to grasp that when you deprive the locals of their livelihoods, it is asking a lot to expect them to open their hearts and their villages to strangers. In one European country after another, neo-fascist parties became the second or third largest.

People not only turned against governing parties; they started turning against democracy itself—a terrible echo of the 1920s, the very catastrophe that the architects of the postwar order had hoped to avoid.

In America, race and immigration played a comparable role. When the economy was rock solid and prosperity broadly shared in the 1960s, it was possible for the civil rights movement to make major gains with the support of substantial numbers of whites. In Britain, the Brexit vote was a similar mash-up of economic frustrations and cultural resentments.

Today, as police killings of young black men attest, the struggle for racial justice is not over. But downwardly mobile whites are far from sympathetic. Figures like Donald Trump and his strategist Steven Bannon succeeded in racializing economic grievances. Bannon once told me that he hoped Democrats would talk about race every day.

In 2016, Democrats played right into the trap. The campaign of Hillary Clinton seemed one part coziness with Wall Street and one part identity politics. This was not a winning recipe, especially in the economically depressed heartland. Trump succeeded in depicting the globalists not only as people who don’t care about your job, but the very people who want to take away your guns, abort unborn babies, disparage you as losers, and snicker at your religion. Cultural, racial and economic grievances blurred.

The grand bargain of the postwar era enjoyed political tailwinds. Today, we face political headwinds. Is there a solution? Can we expect more and more disaffected and displaced citizens to turn to neo-fascists as we watch our economy divide and our democracy collapse? Dare one be an optimist?

In 1939 and 1940, the Great Depression was over, but unemployment seemed stuck at well over 14 percent, and economists worried that this was the best the economy could do. Machines were displacing human workers.

Then came the war, which was catastrophic for Europe, but provided a massive recovery program for America, driven by immense levels of public investment funded by surtaxes on the wealthy and war bonds pegged at low interest rates. In less than a year, US unemployment dropped to about two percent.

What we need today is the same kind of social investment program, but without the war.

There is a European variant and an American one. That sort of investment would create lots of good jobs, restore economic possibilities, and would demonstrate that government is capable of delivering for ordinary people. The twin threats to democracy and a decent society are dire—but still reversible.

One can even imagine the slogans that need to be taken back from the far right: Make America Great Again, Make Europe Great Again.

This is the third in a new SE series, The Crisis of Globalisation, co-sponsored by the Hans Böckler and Friedrich Ebert Foundations