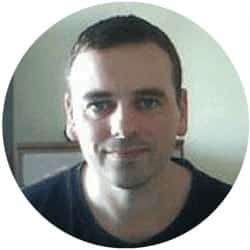 The Italian elections have confirmed the rightward shift in European politics and the further marginalisation of the left. Following events such as the Brexit referendum, the entry of a far-right party into the Austrian government and the rise of the extreme right in Germany Italy has shown how the growth of the conservative and nationalist right is not confined to Europe’s margins, but has permeated the centre of European politics.

In a widely shared article, Sławomir Sierakowski puts forward the thesis that populism is both stronger and different in Eastern Europe. Referring to research carried out by the Tony Blair Institute for Global Change, he argues that populist parties are now regularly winning elections in the region, whilst they remain more marginalised in Western Europe. He postulates that this is primarily due to the institutional weakness of democracies in Eastern Europe and the lack of post-materialist values amongst the region’s population compared to those in Western Europe.

Sierakowski provides no explanation of what populism is, whilst, in the report that he refers to, the authors admit that the phrase is unclear and often not taken seriously. They themselves define populism in an extremely simplistic and general way; using it to describe any political force that sees itself as being legitimate against an illegitimate power and simultaneously claiming to represent the will of the people against the establishment and other enemies (e.g. migrants). According to the authors, as populism applies to both left and right, they therefore place parties such as Syriza, Podemos and to some extent the British Labour Party alongside those like the Alternative for Germany, the French National Front or the Polish Law and Justice Party.

The problem with this definition is that it is so broad and all-inclusive that it essentially ends up having no real meaning. Furthermore, it gives ground to a common misconception being promoted by the right that there is no essential difference between left and right ‘extremism’. Such thinking has grown in recent years, evolving from the theory of the ‘twin totalitarianisms’ of Fascism and Communism (espoused earlier by the German historian Ernst Nolte) into the notion that politics should primarily be focused on excluding the extremes of left and right.

These ideas were unwittingly replicated by the left, or more precisely by its third way Blairite version. Blairites assumed that the old definitions of left and right had disappeared and that progressives should seek to occupy and extend the political centre. This was also based upon the assumption that we were moving into an era of prosperous, post-materialist capitalism; within which the middle class, holding post-materialist values, would expand, thus providing the social and political base for the growing political centre.

Such thinking was dealt a decisive blow by the bursting of the financial bubble in 2008 and the great economic stagnation that ensued. Mainstream European social democracy became subsumed within the neo-liberal hegemony, resulting in some of the most established centre-left parties in Europe (such as in Greece, France and Holland) being electorally decimated. Meanwhile, those parts of the European left that to some extent have bucked this trend (such as in Portugal and the UK), have done so through clearly rejecting Blairite prescriptions.

This defeat of the left happened earlier in Eastern Europe. It is not the case, as is commonly assumed, that the left is weak there primarily because it is associated with the failures of the previous system. Social democratic parties (many derived from former ruling parties) were the strongest political forces in many countries in the region, well into the 21st century. However, in countries such as Hungary and Poland, the social democrats openly embraced third way ideology and introduced neo-liberal economic programmes whilst in government, leading to their complete collapse as serious political players by the early 2000s. These defeats opened the way not for a growth in populism per se, but for a sharp shift to the right.

Within the region’s particular historical context, the right (including large sections of the so-called centre-right) have seized on the ideas of the ‘theory of extremes’ to try and delegitimise the whole of the left. Therefore, in Poland, when a group of extreme neo-Nazis were recently caught on film celebrating Hitler’s birthday, the government immediately declared it a reason to fight against organisations that stand in the traditions of both Communism or Fascism. The Polish government is currently pursuing a programme of ‘de-Communisation’, which is aimed not just against the symbols associated with Communism but also at those connected to the pre-War socialist movement; and at Poles that volunteered to fight Franco during the Spanish Civil War. History is being used and distorted in order to discredit the left and exclude it from the public realm.

When the right claims that it is fighting extremism from both sides, it never in reality preserves this balance. It is rather focussed on defeating the left and bolstering support for its conservative and nationalist ideologies. The reason that the conservative and nationalist right is stronger in Eastern Europe is not primarily due to the institutional weaknesses of these countries’ democracies; nor because their democratic values are less developed than in the West. It is principally because the left had been defeated and marginalised there earlier and more decisively, shifting politics further and decisively to the right. Eastern Europe is not unique, nor is it populist. Rather it has gone through a political process of right-wing advance that is now spreading throughout Europe.

Gavin Rae is a sociologist in Warsaw. He has written extensively on the political and social changes in Poland and central and eastern Europe, including Poland's Return to Capitalism: From the Socialist Bloc to the European Union and Public Capital: The Commodification of Poland's Welfare State.