Marine Le Pen didn’t surge forward in France, yet Emmanuel Macron lacked a winning alternative. It was the populists versus the progressives in the Euro-elections writ small. 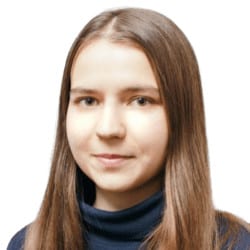 Throughout the European election campaign in France, it became clear that the vote was portrayed by all sides as a referendum on Emmanuel Macron’s presidency and his proposals for both domestic and EU reforms.

Macron himself made of his campaign an existential struggle between his La République en Marche (LREM) party and Marine Le Pen’s nationalist and Eurosceptic Rassemblement National (RN).

Towards the end of the campaign, he raised the stakes by personally getting engaged and emphasising how important this election was for him. In an interview with regional media, Macron said: ‘The transformation project I am leading for the country does not go ahead without a new stage in the European project. The French people elected me for that.’ For him, these European elections could be summed up in one question: ‘Do we want division when facing the United States and China, or do we prefer unity to build our European future?’

For weeks LREM and RN were neck-and-neck in polls and, for both parties, coming first was crucial. The battle ended with a semi-victory for the resident. Le Pen came first with 23.3 per cent of votes, which was higher than her result at the 2017 presidential election but lower than in the 2014 European elections, when her then Front National came first with 24.9 per cent.

LREM received 22.4 per cent and when (or if) the United Kingdom leaves the EU and its seats become redistributed, it will end up with 23 seats in the European Parliament—the same as RN.

Making this vote a battle between his leadership and nationalist parties has not been helpful for Macron. But the results are not a defeat for him—the worst has been avoided.

European elections are very often used to protest against parties in government and it is not a surprise when these come in second or third in European polls. Considering the gilets jaunes movement, the weekly protests and the drop in Macron’s ratings in recent months, LREM is probably glad that it maintained this level of support. In fact, the Élysée has already suggested that it does not intend to backtrack on its policies and that it will enter the ‘second act’ of Macron’s term with the same determination.

Third place went to the Greens’ list, with 13.5 per cent. Domestically, the results show a consolidation of the changes to the French political landscape that emerged in 2017. The system now focuses on LREM and RN, rather than the centre-right Republicans and centre-left Socialists—they ended in fourth and sixth place respectively.

Although surveys have suggested sympathy towards the EU in France has been low recently, Le Pen’s first place does not mean French voters have moved to the right. Part of Macron’s disappointed electorate voted for Le Pen but many also voted for the Greens’ list, headed by Yannick Jadot, as pro-European as Macron. The public has different concerns beyond the struggle against nationalism which Macron put to the forefront of his campaign—including climate change—and this is something LREM will need to address ahead of 2020 municipal elections.

On the European level, Macron’s ambitions are not severely weakened by his results. Many of his ideas for EU and eurozone reform are already stalled, mostly due to the lack of enthusiasm among other member states—especially Germany. But he is determined to continue his efforts, and the Liberal and Democrat group which LREM will join is set to be a kingmaker in the European Parliament, as the centre-right and centre-left groups lost their majority and will require support from Macron and other liberal parties.

Meanwhile, RN will try to use its victory to consolidate a new Eurosceptic political group, along with the Italian right-wing Lega led by the deputy prime minister, Matteo Salvini. They announced their plans at a rally in Milan on May 18th, along with other smaller parties—many of which have not done as well as predicted.

Even if Hungary’s ruling Fidesz party leaves the centre-right European People’s Party (EPP) group and joins forces with Salvini and Le Pen, Eurosceptics will not have enough seats to block legislation in the next European Parliament. These parties are divided on a number of issues and at their core is their goal to put their nations first. Le Pen might be claiming victory right now, but in the long term her party’s ability to reform the EU from the inside, as proclaimed, remains to be tested.

Overall, Macron might not have lived up to his expectation of coming first but it is not a huge defeat for his party, which managed to become one of the main forces in France’s new political landscape. On the European level, his result is more significant than Le Pen’s consolidation of her party’s seats.

Domestically, however, Macron will need to draw the right lessons for the rest of his term—and especially for the upcoming municipal elections.

Anna Nadibaidze is an independent analyst of European politics focusing on EU foreign policy and security. She holds an MSc in international relations from the London School of Economics.