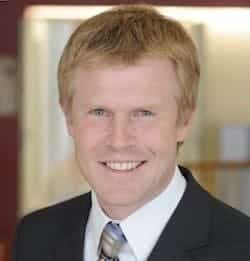 Europe is falling into a stagnation trap. With growth barely visible, and dangerously low inflation causing real interest rates to rise, the weight of public and private debt has grown very heavy, and many fear that another lost decade is at hand. And, though the threat of eurozone fragmentation has receded, it has not disappeared. Given all of this, Europe is losing relevance internally and externally.

France and Germany – which largely drove European integration for more than six decades – must not resign themselves to this state of affairs. They urgently need a common plan, not mutual recrimination by German supply-siders and French demand-siders. 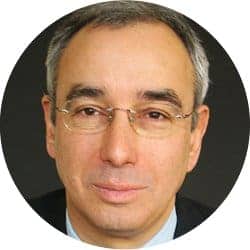 So action is needed on all three fronts. The question is how to carry it out. If Europe were a single country with a single government, it would adopt a two-handed strategy, combining ambitious pro-growth reforms with fiscal-policy support. The central bank would make it clear that it stands ready – provided that the reforms are real and the commitment to subsequent fiscal consolidation is credible – to serve as a “backstop for government funding” (as European Central Bank President Mario Draghi put it in August).

Europe can do none of this, and no easy solutions are available. Some say that Germany should stimulate demand while other countries, including France, implement supply-side reforms. But an increase in debt in one country beyond what is desirable from a national perspective cannot be traded for the benefits of pro-growth reform in other countries.

One solution would be to establish a fiscal capacity at the eurozone level, or, in plain words, a eurozone budget, including the ability to borrow. But, though that is certainly desirable in the long term, currently there are no revenue flows into such a budget, and there is no governance structure to execute it.

In this context, investment has emerged as everybody’s favorite response. The European Commission has proposed a plan to stimulate investment spending through a new financing scheme, one that we hope will succeed. But solving Europe’s growth problem requires more than just throwing money at it.

In a recent report to the French and German economy ministers, we propose a pragmatic agenda that accounts for the fact that, while both France and Germany need reforms, they face different challenges and must focus their policies accordingly. In France, short-term uncertainties are reducing confidence, but the longer-term outlook looks promising. In Germany, longer-term uncertainties are reducing confidence, but short-term prospects look good. In France, we fear a lack of boldness; in Germany, we fear complacency.

French policymakers should give priority to a new growth model, based on greater flexibility and security for employees, and a leaner, more effective state. Germany, meanwhile, must address its demographic challenges, in particular by preparing German society for increased immigration, and promote the transition to an inclusive growth model based on improved demand and a better balance of saving and investment.

We also call for a clearer regulatory environment. Private investment is a judgment about the future. In energy, transport, and the digital sector, to name just a few, regulators must set the right parameters and ensure predictability. Investors need to know with certainty that Europe is committed to accelerating its transition to a low-carbon, knowledge-based economy.

This requires eliminating uncertainty about the future price of carbon and the future regime for data protection. France and Germany should also promote a “borderless sector” model in a few strategically important industries, which means common legislation, common regulation, and even a common regulator. We think that energy and the digital economy are such sectors, and we propose a similar initiative to ensure the full portability of skills and social benefits.

Moreover, like the European Commission, we believe that higher investment is a big part of the answer to Europe’s growth question. Germany’s public-finance framework rightly attributes constitutional status to keeping debt under control, but it neglects investment promotion within the remaining fiscal space. Leaving a worn-out house to future generations to repair is not a responsible way to manage wealth. The German government can and should increase public investment.

At the same time, while authorities are asking banks to assume less risk, they also must prevent pervasive risk aversion in the financial system. We propose injecting new European public money into the development of risk-sharing instruments and vehicles that support equity investment. We also propose creating a European grant fund to support public investment in the eurozone that advances common aims, strengthens solidarity, and promotes excellence.

Europe is more than a market, a currency, or a budget. It was built around a set of shared values. To uphold those values, France and Germany must join forces to rediscover and reinvent Europe’s social model, starting with concrete initiatives in the fields of minimum-wage standards, labor-market policies, retirement, and education.

For decades, the Franco-German alliance bound Europe together and drove it forward. Today, French and German officials issue joint declarations and exchange accusations. But the time for bickering is over. Europe needs action.