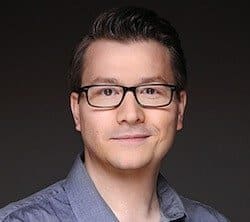 The Pegida demonstrations that took place in Dresden and some other big German cities have attracted a significant amount of attention in the media across Europe and beyond. Uncomfortable questions such as whether the sudden and unexpected outpouring of large-scale discontent means that right-wing tendencies are once again on the rise in Europe’s most populous country have been amongst the issues raised.

Even though the German demonstrations seem moribund owing to the decline in numbers and infighting amongst the organisers, the discontent that has fed the protests is not going to go away. For this reason it is vital to analyse the underlying causes that have driven tens of thousands of Germans and like-minded protesters across Europe onto the streets.

It is, furthermore, important to view these protests in the wider context of a general emergence of different forms of populism in Europe. When looking at this issue it is often argued that socio-economic decline in many European countries has been the root cause. Economic deprivation is certainly an important contributing factor but is not the only one.

For this reason the Friedrich-Ebert-Stiftung London and Social Europe organised a project to analyse the Pegida phenomenon and its context. This project has provided a fascinating but deeply worrying look beneath the surface of European politics. It has revealed that Pegida and the wider context of European populism are best understood as symptoms of continuing social and economic changes that so far lack convincing political answers.

Antonio Gramsci once wrote in a prison cell:

This crisis consists precisely in the fact that the old is dying and the new cannot be born; in this interregnum a great variety of morbid symptoms appear.

Following the discussions of our online debate and the event we organised in London, one cannot help but feel that we live in a Gramscian period of interregnum and that Pegida is one of the morbid symptoms – or a “time for monsters” as Gramsci also described it.

So how can we explain the rise of Pegida and general populism in Europe? Three factors in particular seem to be important.

First, there is a widespread sense of social insecurity. This feeling – which is driven by many forms of social and economic change and surfaces as anxiety and fear of decline – is diffuse and hard to grasp but it leads to typical forms of scapegoating and the creation of an artificial sense of cohesion by juxtaposing “us” versus “them”. Whether it is blaming immigrants, Muslims or Jews, people look out for ethnic or social groups that can be made responsible for ones own feeling of insecurity. As Gesine Schwan writes, this pattern is well-known and the subjects of scapegoating are interchangeable. Whether it was Jews during the Third Reich or Muslims today, the root cause of these prejudices is to be found in the people holding them, not in the social groups they are targeted at. Catrin Nye also showed the interchangeable nature of the targets of anger when she reported that a whole range of different issues, from the Greek bailout to immigration, were cited by Pegida marchers, not just the “Islamisation of the West”.

As these feelings of social insecurity spread throughout society, these prejudices find fertile ground and multiply as Dieter Rucht and Simon Teune indicate. This can be seen in opinion polls and claims to speak “for the people” by the likes of Pegida. It is also no coincidence that these prejudices develop precisely in the areas where the scapegoats are barely present. In areas where there is regular exchange between “us” and “them,” people quickly come to realise commonalities through shared experiences rather than playing up real or perceived differences. So the first lesson is about understanding the nature and spread of prejudice.

The second point is related to the first one but deserves a special mention. Because of the scale of the social and economic changes around us, bedrock social institutions that usually could be relied on to deal with rising social insecurity are eroding too. Insecure people are not open to the rational argument about the net benefits of immigration, for instance, if their insecurity is not just rooted in economic fears but in cultural alienation and the persistent erosion of the social fabric. Claudia Chwalisz analyses a “declining feeling of belonging” and the lack of a new form of cultural identity offered through social institutions.

In a nutshell, through the progressing individualisation of society and the erosion of community institutions, as David Goodhart argues, there is a deep sense of dislocation that goes way beyond fears of social and economic decline. If the fear of decline is fear of collapse then the feeling of social dislocation is the fear that there is nothing to soften or stop that fall.

Third, the blame for this is not just ascribed to scapegoated groups but also to the political process itself. The feelings described above are combined with a progressive lack of trust in the political system, which is seen as more and more detached from the lives of ordinary people. Whereas the political system used to present different alternatives to voters who had the freedom to make their sovereign decision, the years of TINA politics (There Is No Alternative) have led to a, maybe unprecedented, loss of trust in political elites. Rene Cuperus criticises the fact that mainstream politics around Europe has simply ignored popular feelings of discontent and continued on the path it perceives as the only viable one. Renaud Thillaye argues that French political elites have been looking for answers to the rise of the Front National for decades – without much success so far.

Even in the cases in which populism expresses itself in the traditional form of a political party, as is the case in the UK with UKIP, in France with the Front National or the Alternative für Deutschland (AfD) in Germany, they style themselves as “anti-parties” in protest against the political mainstream. As Frank Decker shows in the case of the AfD, however, populist parties feed off the same anger in society.

European populism has already caused remarkable damage and threatens to accelerate the continuing fragmentation of the European Union. There are no quick fixes but a solid understanding of the underlying problems and the ways in which they manifest themselves in civil and political protest is a much-needed foundation on which a counter-strategy can be developed.

This project has also made clear that in order to solve the issue of European populism you need an alternative politics that seeks to shape the social and economic changes surrounding us. Too often politics is seen as the catalyst of unwelcome social and economic transformation rather than a force that works to strengthen the roots of communities and, at the same time, develops a positive cosmopolitan view of the brave new world that is developing. We need a politics that aims to shape the future rather than manage different forms of decline. This, for us, is the overarching lesson.

Henning Meyer is Editor-in-Chief of Social Europe and a Research Associate at the Public Policy Group of the London School of Economics and Political Science. Ulrich Storck is Director of the Friedrich-Ebert-Stiftung London.