Arguments about immigration have polarised between restriction and liberalisation. But key are accompanying measures to ensure freedom of movement is associated with wage and social protection. 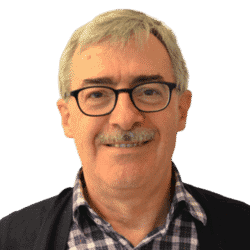 Together with Luxembourg, Switzerland is one of the countries with the highest proportion of foreign nationals: they are responsible for one third of the country’s total working hours. Due to Switzerland’s higher wage-level, it finds itself more exposed to social and wage dumping than other countries.

But this framework agreement unacceptably calls into question existing wage-protection arrangements, or ‘flanking measures to the free movement of persons’ (FlaM). A call to oppose it, in favour of ‘a social Europe, freedom of movement and strong workers‘ rights’, has been signed by more than 2,000 personalities, including trade unionists, lawyers and academics.

Secondly, next year the Swiss people will vote in a referendum launched by the right-wing populist Schweizerische Volkspartei. The ‘SVP termination referendum’ aims to achieve a ‘Swissexit’. Its success would not only lead to the termination of the agreement on freedom of movement—as well as the abolition of wage-protection measures guaranteed by the FlaM—but would also mean the end of all bilateral agreements between Switzerland and the EU.

In this context the publication ‘Trade union migration policy in Switzerland and the fight against discrimination and social dumping’ deals with our instructive history—in particular, with the comparison between the old quota system and the current system of freedom of movement accompanied by strong flanking measures.

The economic boom after the second world war triggered high levels of immigration in Switzerland, particularly of seasonal workers. Until the 1960s, the government implemented a rotation policy which recognised migration as a purely transitory phenomenon.

Bowing to the pressure of a growing xenophobia, trade unions were the first to demand stricter quotas. The fact that trade unions helped to introduce the quota policy explains their difficulty in bringing about a ‘Copernican paradigm shift’ towards an open immigration model.

In the past, the Swiss government tried to limit immigration in every way possible and to prevent migrants from becoming an integral part of society. But the rotation policy and the increasingly restrictive admission policy did not change the fact that the economy has always obtained the migrant labour-power it needed—legally or illegally.

The quota system was discriminatory. The quotas and the seasonal status of foreign nationals were always inseparable. Each tightening of the quota policy led to increased discrimination against migrant workers.

Despite its long-held seasonal-status policy, Switzerland has been unable to prevent migrants from settling with their families and becoming a valued part of society. Furthermore, the quota system failed to protect workers’ employment and wages. On the contrary, the far lower wages of seasonal and cross-border workers and other migrants put all workers’ wages under severe pressure—the same can be said regarding undeclared work. In addition, the system caused economic damage.

In this context, the shift in trade unions’ migration policy, leading to their support for the introduction of the free movement of persons (FMP) with the EU in the 1990s, should not be underestimated. With the Bilateral Agreements between Switzerland and the EU of 2000, FMP has given everyone greater fundamental freedoms—in particular, more equal economic rights.

The flanking measures (FlaM) have meanwhile provided more effective instruments for wage and employment protection than any quota system. Furthermore, these changes have encouraged the immigration of skilled workers and thus supported more productive economic structures.

The FlaM bring together the two pillars of social protection and non-discriminatory policy. Free movement of persons with measures to protect workers’ wages is also superior to uncontrolled FMP, where wage protection would be lacking.

Although the comparison between the two migration models produces a clear result, FMP remains in the crosshairs of certain political forces. Its future is far from guaranteed. A return to the dark days of the quota system is quite possible if one takes voters’ growing concerns seriously—not to speak of the success of the nationalist right. Preventing the latter from imposing its aims will be one of the greatest challenges for trade unions and the left.

Developing a coherent and effective response to widespread cultural prejudice and resentment is a difficult task. But it is up to progressives to raise the banner of human rights, equal rights and active solidarity.

FMP has become the scapegoat for all problems in the labour market and society in general. The increasing internationalisation of the economy, the growing precariousness of labour relations and increasingly rapid changes with the digital revolution would, of course, also occur without it. Their negative social consequences—real, assumed or expected—are inherently linked to the way in which capitalism currently works.

FMP as an acquired right can only be maintained if we are able to place people’s social problems at the centre of society’s attention and make a substantial contribution to their resolution. This entails protection of jobs, wages and workers’ rights. In the context of FMP, the fight to defend and develop the FlaM remains central.

But this will not be enough. The gradual deterioration of the labour market shows, in the extreme case of the southern canton Ticino (on the border with Lombardy), that wage and social dumping has a strong cross-border component. It also shows that, without an effective antidote, criminal networks can continue to spread, with catastrophic consequences for the workers concerned—as well as for acceptance of an open Europe.

Cross-border wage dumping must be tackled with transnational measures, including via the new European Labour Authority, a European minimum-wage strategy and a ‘Marshall plan’.

FMP is far more progressive than any quantitative immigration-limitation regime and guarantees workers the right to move freely. Maintaining it demands not only continued commitment to strong wage protection in Switzerland but also a Europe committed to such measures—and a convergence policy that can significantly reduce the vast wage disparities across the union.

Vasco Pedrina is a former co-president of Unia the Union (Switzerland) and regional vice-president for Europe of the global union federation BWI.