The faster we deploy the European Green Deal, the quicker we become crisis-proof. Brussels must resist siren calls for inertia.

Crises bring change. The war in Ukraine and the energy crunch have accelerated the pace of change and intensified demands for swift structural transformation. Yet these turbulent times have also stimulated calls for caution and continuity—with pressure, and the temptation, to sustain ‘business as usual’ looming large.

Another major crisis, the environmental and climate breakdown, prompted the birth of a vision to transform the European Union into a modern, resource-efficient and competitive economy of the future. The implementation of the European Green Deal, the policy roadmap supporting that vision, is becoming increasingly urgent. But despite its potential significantly to enhance Europe’s long-term resilience, in times of crisis it continues to face attack from several directions.

Next week, the European Commission will present its work programme for 2023, which should reflect the status of the Green Deal and where we stand in its unfolding. But fears of rollbacks on key environmental regulations are mounting. Further roadblocks to legislation on chemicals, nature, air pollution or sustainable food will seriously undermine the transformative vision and potential of the Green Deal.

In recent months, obstructionist political voices and powerful industrial lobbies have sought to instrumentalise the war in Ukraine and the ensuing energy crisis to attack the EU’s environmental agenda. Delays and inaction risk wasting public and private money on maintaining the status quo, at a time when investments should be channelled towards meaningful structural reforms.

Fast-tracking the Green Deal’s implementation is the only viable way forward as it will be key to supporting fuel independence from Russia, reducing marginal fuel costs (and hence prices to industry and consumers) and securing a safe and sustainable environment. All these benefits will simultaneously contribute to achieving climate, circular-economy, zero-pollution and biodiversity goals. Holistically integrating a robust green agenda into wider EU policy will make Europe far more resilient to future crises—whether on energy, health, biodiversity or economy—and will elevate EU industry to a leading global position in green innovation.

Indeed, had we moved earlier and more quickly on energy efficiency, renewables and the circular economy, we would not be in such a difficult situation as we find ourselves. But rather than criticising the poor policy decisions of the past, now is the moment to embrace immediate action for a future-proof Europe. This will further translate into democratic support for the ‘European project’, essential in these turbulent times.

Scientists have been warning for some time that toxic pollution has crossed the ‘planetary boundary, threatening the entire Earth operating system, along with humanity’. Until recently it appeared that the EU’s Chemicals Strategy for Sustainability was finally on the right track, fuelling hopes of improved health and a cleaner environment.

Now, however, there is a strong indication that the much-needed reform of the EU chemicals-control legislation, REACH, could be sidelined by the war and energy crises in Europe, with conservative political factions and the chemicals industry manipulating these arguments to halt the reform process. If the commission allows the REACH reform proposal to be pushed back beyond March 2023, it risks running out of road to enact these vital regulations within the presidential mandate of Ursula von der Leyen and may even miss the boat entirely.

While new REACH legislation would not oblige companies to enact reforms immediately, it would pave the way for a toxic-free future, encouraging increased innovation and investment in alternative solutions. Delay, on the other hand, would mean years of prolonged pollution. Moreover, EU consumers will continue to buy products containing many toxic chemicals which slip through the net of the current, inadequate chemicals control, endangering health and contaminating the environment.

Similarly, the review of the EU mercury regulation, initially planned for the last quarter of 2022 and now promised in the spring, should not be further delayed, or else it too risks not being completed during this commission and European Parliament. This file continues to permit the EU’s export of mercury-added products which have already been banned in the EU. This double standard needs to be tackled without delay.

If the powerful industry lobby has its way in prioritising short-term gains, we will miss a unique, once-in-a-generation opportunity finally to bring an end to a perverse system which is wrecking our planet, damaging our health and increasing inequalities.

Various lobbies are however scrambling to promote false dichotomies between environmental protection and other needs imposed by the war in Ukraine.

The proposal to scrap key environmental assessments to accelerate the deployment of renewables in the RePowerEU plan is a perfect illustration. While nature protection has never been an issue itself for the energy transition, the main barriers to the roll-out of renewables lie in the lack of capacity and resources in administrations required to give permission. But instead of focusing on strengthening the environmental-assessment process, the commission has opted to circumvent it. Deregulation will not only create a dangerous precedent but may also backfire, as opposition and litigation at the local level will be more likely without consultation and environmental assessments.

Taking advantage of the war’s consequences, there are also pressures to delay the proposed Sustainable Food Systems law. This is acutely-needed legislation, essential to our efforts to ensure food systems are fundamentally sustainable and secure, with long-term resilience.

Other important environmental files also risk being delayed under the same guise. From the Ambient Air Quality Directives to the priority substances under the Water Framework Directive or the promised soil health law, the commission must stand strong and not allow any backsliding on an agenda so crucial to the wellbeing of Europeans.

Recent events shaking Europe have shown us that our economic model, driven by short-term profits and heavily dependent on fossil fuels, has failed us in many ways. Decision-makers need to resist the pressures from regressive political and lobby groups. The EU needs a transformative Green Deal and a commission work programme for 2023 that provides progress and lays the foundation for a resilient future. We need industry to support this much-needed change, by steering its activities and discourse in the direction of the Green Deal—not away from it.

Our responses to the environmental emergency and the geopolitical/energy crisis must not be mutually exclusive. Indeed, with the green agenda providing the blueprint to resolve both together, now is the time to embrace the European Green Deal and accelerate its implementation. Times of crisis open the door for transformational change—and this is our moment to seize it. 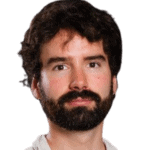 Alberto Vela is a communications officer at the European Environmental Bureau.